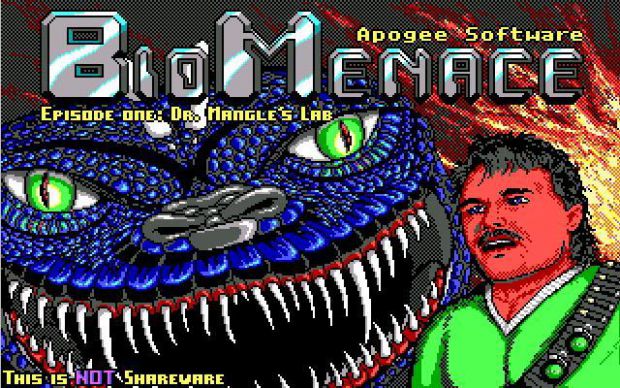 Omg, this was awesome :D The last time I played it was like 13 years ago.

Bio Menace is a 2D, side-scrolling, platform game both developed and published by Apogee Software in 1993 for DOS. It was built on a licensed version of id Software's Commander Keen game engine, and was known as Bio Hazard during production. Apart from the engine, all in-game content was created by the game's designer, Jim Norwood.

The player controls the protagonist, Snake Logan, a top CIA operative. Upon receiving reports of Metro City being invaded by mutants, Snake is ordered to fly recon over the city. However, after crash landing in Metro City, Snake is forced to complete his mission on foot.

it is now freeware so please visit 3drealms.com