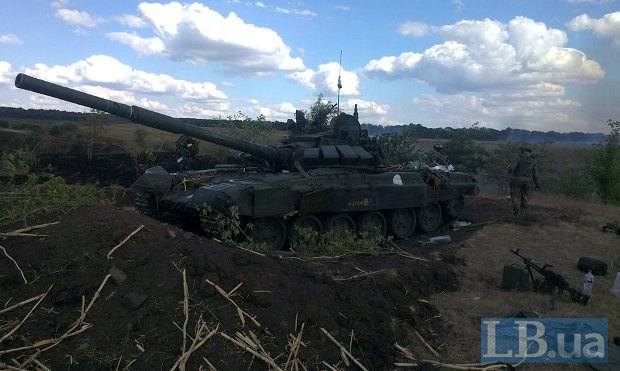 Unused by Ukraine, many of them are the extremely new T72 B3 model introduced in 2013 (the on with stripe markings was captured by Ukraine at Ilovaisk). The VK post is a guy telling his friends how he and his B3 crew were sent to serve in Ukraine.

For a nice compilation of the extent of Russian involvement in just armour supplies:

Recently they seem to have given up hiding completely, since images showing modern-day Russian equipment are commonplace by now, even in an environment where people filming can be shot.