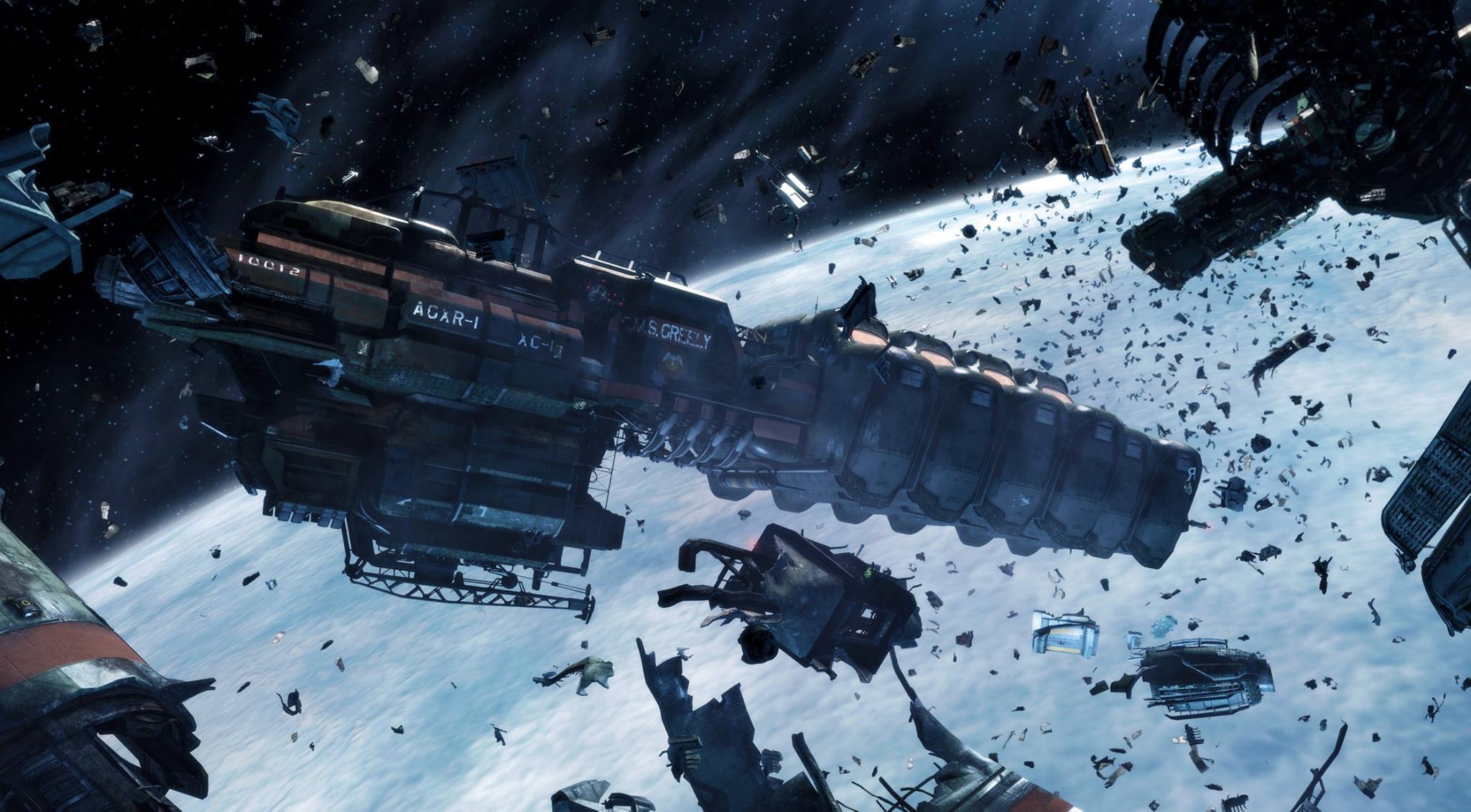 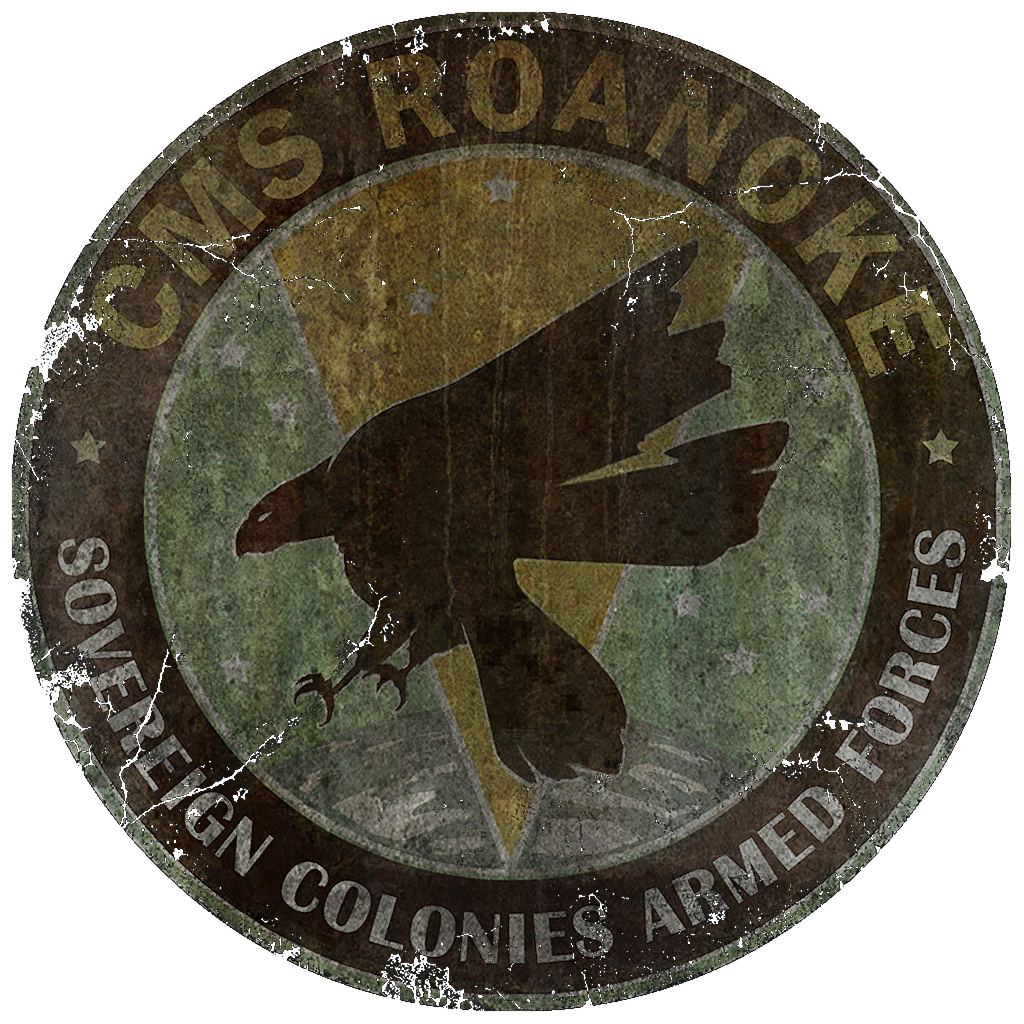 If you love the S.C.A.F. faction, as well as the Dead Space series, than this group is for you.

The Armed Forces were a part of the Sovereign Colonies military branch during the Secession War in Dead Space history. The war being between the Sovereign Colonies and the Earth Government. However, the war was not going well for S.C.A.F. forces, so various operations were conducted to try and turn the war into their favor. The S.C.A.F. faction itself is first introduced in Dead Space 3, conducting one such operation on Tau Volantis. A planet far out in deep space. Their reason for going there had to do with their research into the Red Markers, and the fact that the signals from the markers seemed to be coming from this unkown planet. So, under pressure from dwindling public support and a war they were now losing, the Sovereign Colonies council approved the mission to Tau Vaolantis. Hoping that whatever was found, could in someway aid their war effort.

As the Armed Forces set up on the Tau Volantis, precautions to deal with the harsh environment were made. Armed Forces set up a series of ground-based barracks, research facilities, and drill sites under the authority of General Spencer Mahad. Admiral Marjorie Graves oversaw the starship flotilla in orbit, her battlegroup was to provide support to the research teams working on the ground along with General Mahad. During exploration of sites on the planet. A research team lead by Earl Serrano identified a massive alien city underneath the S.C.A.F. base, and began work. As excavation progressed they found frozen specimens of alien origin and a series of Red Markers. The members of the Science Division who came with the expedition began their study of the markers, alien artifacts, and what remains were recovered from the alien city. Researchers began neurological dissections on the aliens, in an attempt to better understand their physiology.

In the center of the alien city a Machine was discovered. After careful study Serrano and his team managed to piece together a number of details, aided by the neurological data retrieved from study of the alien specimins recovered. It was determined that this was the source of the energy readings detected from the Red Markers. In a attempt to discover how to operate the Machine, Serrano and his team created a Codex to interface with it.

As the codex was being created. Conditions, as well as the integrity, of the Armed Forces units began to rapidly deteriorate. As any Dead Space fans would know, the effects of the Red Markers began taking their toll on the Armed Forces units, both on the ground and in orbit with the S.C.A.F. Fleet. To make matters worse, the infamous Necromorph infection began making a steady rise amongst the Armed Forces facilities both within and without. Supplies/rations also began to dwindle, which unfortunately resulted in a number of Armed Forces personnel eating infected flesh in order to stay alive, resulting in them becoming infected.

As the infection spread and the logistic problems persisted, the Armed Forces realized they could no longer control the situation and the operation was no longer feasible. After consulting the Sovereign Colonies Council , General Mahad and his staff were ordered to carry out Scenario Five. They were to eliminate all threats presented by the Markers as per "first contact" scenario. Which meant destroying all research and killing all staff on and off the planet who had ever been a part of the Armed Forces facilities on Tau Volantis. Knowing well the failure of this operation would cost them the war, the Council as well as General Mahad deemed the safety of Earth and the Colonies priority above all else. Fearing that if the infection the Markers created got off Tau Volantis, that it would spread into Human occupied territories. In which case, the infection would be unstoppable.

General Mahad and his troops, knowing the virility of the infection first hand, as well as how devastating it was, followed their orders with a bittersweet resolve. Teams of Armed Forces soldiers went throughout the encampments and facilities, purging what documents/research they could of what was found on Tau Volantis. As well as any surviving staff within the facilities. This included the scuttling of Fleet ships in orbit and destruction of whatever vehicles could be used for escape from the star system. Once these orders were concluded, the surviving teams then proceeded too self terminate as per Scenario Five protocol. Mahad's admiration of their dedication was evident as he refers to them all as "Fine young soldiers, every one of them".

While this was occurring, Serrano learned what the true purpose of the machine in the alien city was, and of the threat lying dormant within the planets orbit. Serrano contacted two surviving Armed Forces soldiers to assist him in recovering the Codex, which they succeeded in accomplishing at the loss of one of the soldiers. As the surviving soldier tried to make his way to Serrano, he came across General Mahad. After a brief exchange of if there was still hope for the operation. General Mahad then carried out his orders as per Scenario Five protocol. Executing the soldier, and purging what data there was on the Codex. Then proceeded to self terminate after giving a final salute to the S.C.A.F. flag waving overhead.

Mahad's most memorable quote to the soldier, that defined the heart of why the Armed Forces did what they did came in the form of this question. "You love the Earth, son? Your mom and dad?". If Scenario Five had not been carried out, it's highly likely the infection would have spread beyond Tau Volantis, putting the soldiers families, Earth, and the Colonies at risk. Rather than let what was discovered on the planet be found out by other less "noble" factions. The Sovereign Colonies Council purged all data and records of the events that transpired on Tau Volantis and then thereafter disbanded. It was until nearly 200 years later, that data archaeologist Damara Carver discovered fragmented information of the Tau Volantis expedition leading to the events of Dead Space 3. Where the player will get to see what remains of the long since forgotten S.CA.F. expeditionary force.

To promote S.C.A.F. and grow its popularity (top groups), use the embed code provided on your homepage, blog, forums and elsewhere you desire. Or try our widget.

This group is for anyone who likes First Encounter Assault Recon.

Welcome to the [PAD]Community. This is a group for WoP players and fans on IndieDB and ModDB to join and to find out what is going on in the World of...

This is a group meant for Shingeki no Kyojin fans in the Desura/Mod DB database. Recruits from the Survey Corps, Military Police and Stationary Guards...

A society of people who create mods and maps for games within the Doom series. This could be any Doom game, from 1 through 4 (Including TNT, Plutonia...

This is the official fan group to talk about anything and everything manhunt 1 and 2.