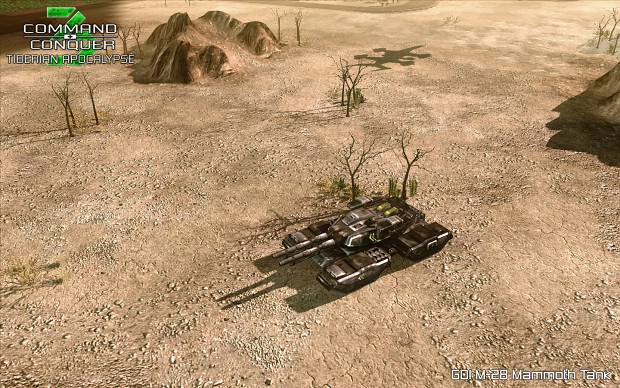 The Tacitus allowed for great breakthroughs in technology between the second and third Tiberium War. One of the biggest monuments to these breakthrough is the M-28 Mammoth, formerly X-28. The graphene-based hull allows for incredible strength while being only marginally heavier than a Titan, allowing for surprising mobility and speed for a tank of its size. Powered by four small fusion plants, and 16 electric motors, 4 per track and armed with two Missile turrets and twin 250mm gauss cannons it is likely the most advanced tank produced as of yet by the GDI.

The gauss cannons can be upgraded to Railguns allowing for even greater firepower at the expense of a lower rate of fire.