The Monolith stalker clan is a xenophobic religious cult, hostile to all but their own, that is a major part of S.T.A.L.K.E.R.: Shadow of Chernobyl and S.T.A.L.K.E.R.: Call of Pripyat and appears in a supporting role in S.T.A.L.K.E.R.: Clear Sky. The Monolithians believe in the power of the Wish Granter, rumored to be an alien artifact hidden in the center of the Zone. Members of this faction devote their lives to protecting the secret of the Great Crystal, ensuring that no one ever reaches the center of the Zone.

While physically, they are on par with other stalkers, their religious fervor sets them apart and allows them to ignore wounds and continue to fight, even after they run out of ammo. Stories abound of fanatical Monolith Stalkers, after running out of ammo, ditch their weapons and attempt to kill the enemy with their bare hands, no matter how grievous their wounds. This same fervor also prevents others from capturing a Monolith member – if taken into custody, he will commit suicide in any way possible (even by smashing his head against the wall). 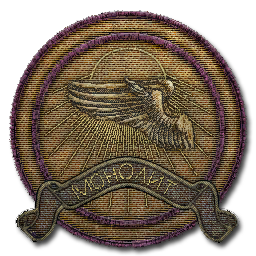 Clear and easy installation instructions for BloodGDX for beginners

No enemy will see us come, as the Monolith gifted us with new armor that will help us in our eternal fight.

We thank you, oh Monolith, for revealing the cunning plans of your enemies to us.
May your light shine down on the souls of the brave soldiers who gave their lives in service to your will.
Onward warriors of the Monolith, avenge your fallen brothers, blessed as they are in their eternal union with the Monolith.
Bring death to those who spurned the holy power of the Monolith
Oh Monolith, we do not hear you, why have you left us, oh Monolith? We await your orders, oh Monolith.

I found my faction.

Shall I join, Brothers?

Can i join brothers i want protect the holy monolith but i cant do this allone...

Warriors of the monolith teach me your ways.