One of the hottest shooters of the year is also the most editable. Far Cry 2's Dunia engine powers the incredible visuals behind this game - from dense African jungles to the dynamic fire propagation. Best of all, the game's WYSIWYG level editor puts all of this power at your fingertips. You can design your own African-themed adventure in just a few hours. But it takes more than a little gumption to create a multiplayer level that's worth playing. ModDB presents the Far Cry 2 level editor contest; create your own multiplayer level for Far Cry 2 & you could win great prizes thanks to Alienware

I have just received word from inFarCry that they are kicking off a big mapping contest. Here is the scoop:

Simply create a single or multi player map for Far Cry® 2 that includes the Intel® Paraglider (an exclusive Intel object has been created by the developers team) somewhere within the map. The Intel® Paraglider object is under Objects > Drivable in the map editor. Map submission closes on 26.04.2009. While the first round of voting will be done by the community, the Jury will decide the winners from the finalists! So what are we looking for?

It's Monday so that means one thing, another Modcast! This week Ryan, Will, Brian and myself fill you in with all news from the past week all about modding. Brian tells us about his deep seeded hate for katanas, Will gives us the info about the upcoming mod Curse and Ryan answers your questions about the USAF's involvement in the 2008 MOTY Awards.

So that's it for this week modders, but don't fear we will be back next week with more mods and goss for you all to enjoy! Don't forget to send your modding/gaming questions to dave@moddb.com and we will answer the questions on the show!

After only four weeks open to submissions, the Far Cry 2 Level Design Contest received over 250 entries across all three categories. The variety, creativity and effort put forth by the large majority of entrants was overwhelming to say the least. It was no easy task paring down all of the entries to just the one winner and runner-up for each category. ModDB and Ubisoft judges took the task seriously, embarking on marathon internet and LAN multiplayer sessions to narrow down the field. It was an incredibly extensive, rigorous yet fun-filled process. In the end though, only the winners can take home the spoils—a brand spankin' new high-end gaming rig (the Area-51® X58) courtesy of Alienware. Runners-up receive any Ubisoft catalogue game of their choice. Drumroll please...

The aim of the "what the!?" award was to create something different and to stretch the Dunia engine to its limits. Levels entered in this category were judged more on originality in design and gameplay. 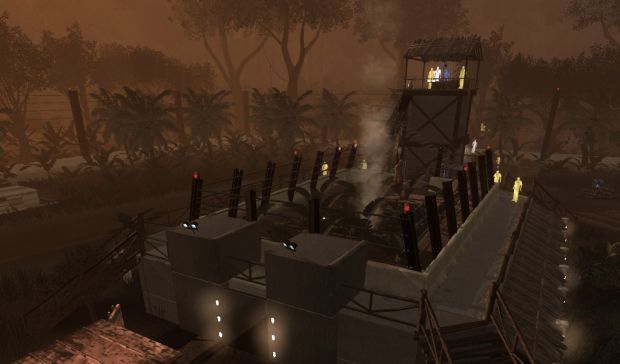 R6_Eagle_9 took inspiration in a well-known giant dinosaur movie (not King Kong, the other one) to bring you back in the memorable opening scene when raptors escape from their cage. A well balanced map that serves up plenty of action or allow you to try your hand at stealth while moving through dense vegetation. Exciting times to be had in all gamemodes.

Runner-up: The Expedition by paradoxmp

The aim of the "nostalgia" category, was to recreate your favorite moments in gaming with some African flavor. We received all manner of levels from stock standard FPS games though to platformers and even a J-RPG inspired one. 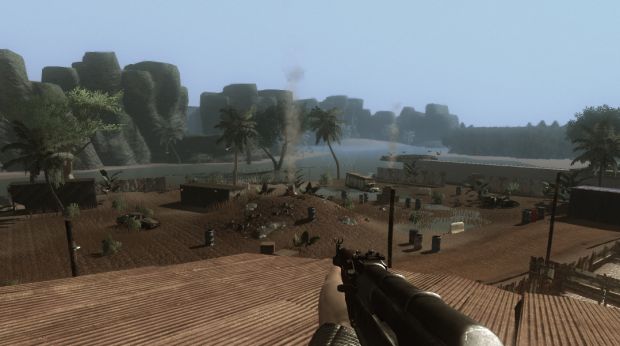 A re-imagining of the most popular shooter of 2007 multiplayer map that carries over with it the same balance and intensity for firefights. Move between cover and take your opponents head on or circle round the back via the river. Best results on 'Capture the Diamond' gamemode.

The aim of the "real world landmarks" award was simple. Push realism in Far Cry 2 to the limits and recreate a famous landmark for people to play in. From the North Sea to Ellis Island and Manhattan, some awe-inspiring landmarks were made with stunning attention to detail. 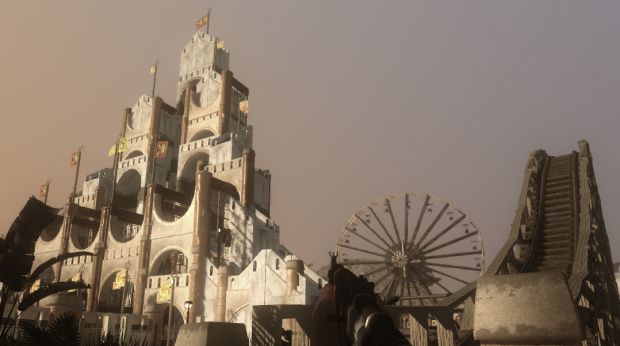 While not a 1:1 representation of the actual theme park, Resorts Race takes a number of major attractions you see at places like this and put them together in a way that is not only amazing to look at, but a blast to play as well. Plays well on all gamemodes, deathmatch is great use a quick race/tour—providing you can resist blowing everyone to hell and back at the starting line.

Runner-up: The North Sea by shapelessform 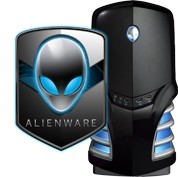 Firstly, a huge thanks to Ubisoft and Alienware for supporting this competition organized and run by the ModDB team. Secondly a congratulations and bigger thanks to all the winners and those who entered. Many poured their heart and soul into their map and the end result blew us and the Far Cry 2 team away. (If you would like to know how the Ubisoft & ModDB judges saw your map - contact us). You can view or play all the maps entered in this contest (plus more) in the growing addons section of ModDB's Far Cry 2 profile and on our official competition server 69.12.25.12. That's all for now!

Think you have what it takes? Come join the ModDB staff on a massive marathon of Far Cry 2 multiplayer mayhem on the various entries posted for the Far Cry 2 Level Editor Contest. We've got an official ModDB server coming up soon but for now we're playing on a custom maps server that has a bunch of the contest entries installed. There's a ton of great submissions we're going through and we're looking to get the server packed for maximum carnage. Come join us!

The Contest Map Pack is a required download for these servers. Don't stress yourself with disconnect errors and get all the maps at once here! 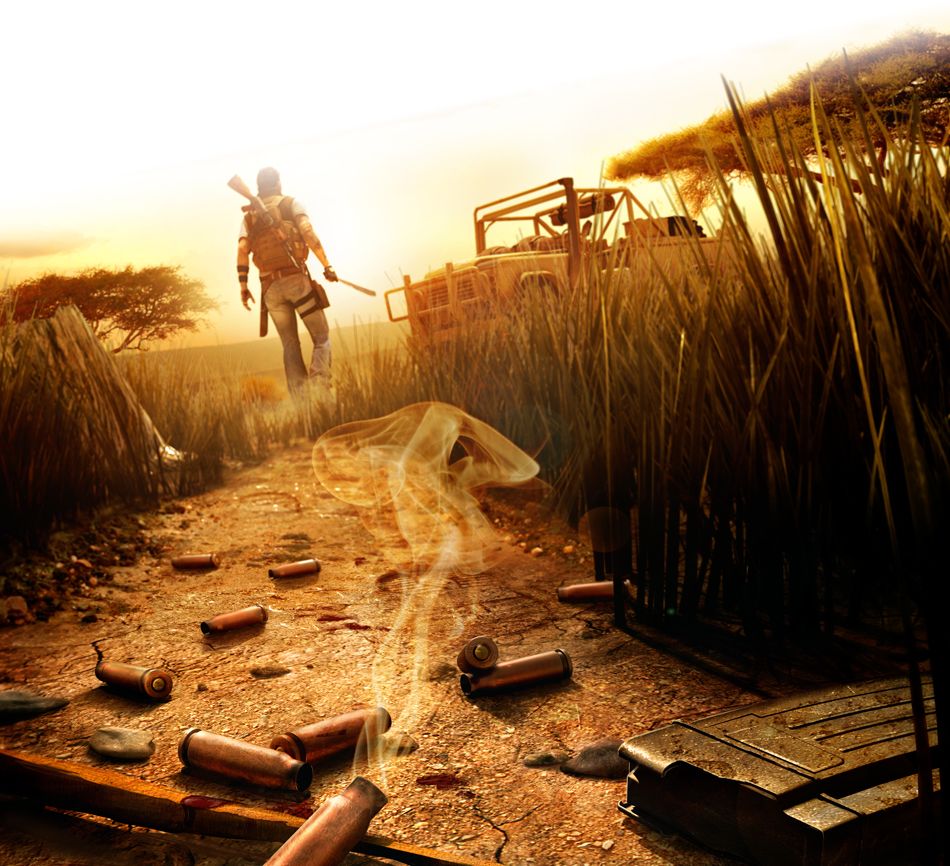 Designing Wargames: The Official Far Cry 2 Map Editing Guide, is your opportunity to share your map editing knowledge and get your five seconds in the written spotlight. The book will be published in early 2009. The book bridges the distance between playing and designing video games. Drawing on a variety of disciplines, including game design theory, military science, environmental geography, and urban planning, Designing Wargames provides PC, Playstation 3, and Xbox 360 gamers with in depth advice on creating their own multiplayer maps for Far Cry 2, using the user-friendly PC and console mapping tools that ship with the game.

How do I get involved?

Simply go to Farcrybook.com before January 28th , 2009. The submission website will close at the end of that day. Some fine print on qualification...you must:

The deadline is creeping up, so if you're interested be sure to check out the website ASAP. This is a great opportunity and we hope to see some familiar names from our community end up in that book! 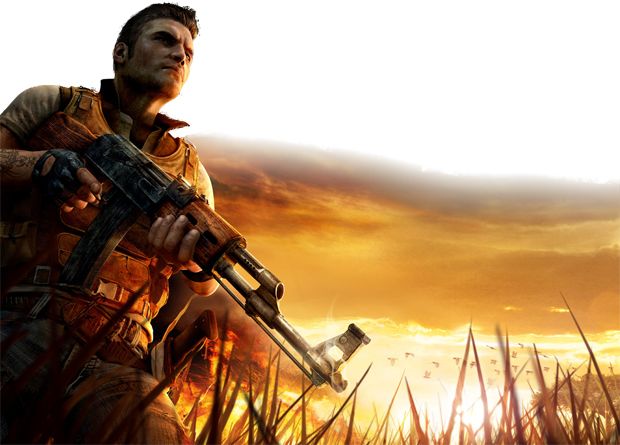