Buddhists and Buddhism fans of ModDB

Buddhism is a philosophy and a way of life, where mindfulness and acceptance of the life the way it is (as a suffering and impermanence) play key roles.

An article about Buddhist concepts and beliefs that can (or rather can't) be found in video games.

To be completely honest, there are no purely Buddhist games, only those who more or less vaguely reference their concepts. For example, in The Witcher, Geralt can meditate, and his meditation is a replacement of sleeping. Geralt rests this way. 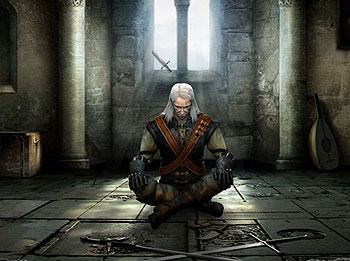 Also, many MMORPGs reference remotely similar practices, in a very changed or different form, for example Darkfall game and its meditation points. Though there's one game that references Karma in a very direct way, but on a social level (as reputation in various places): Fallout 2 and its sequels. (The first Fallout had only "general reputation" not karma.)

But these have very little to do with hardcore Buddhism. Beliefs traditionally attributed to Buddhism are rarely found in video games.

Got a little compilation for you, Buddhist concepts that one could use in a video game:
- meditation
- karma law (social and spiritual level, consequences, situations, respect of factions/societies)
- dharma (duty, path, acceptance of laws, duties, rights)
- rebirth, reincarnation
- and many others...

Hmm and to be sincere, I planned a similar game a few months ago (it was very early in development) based on karma belief itself (both spiritual and social level, as consequences and reputation), but dropped it on account of a lack of time. It was supposed to be an RPG game. :-)

And you dear readers, have you seen a Buddhist game or a game that references Buddhist concepts? Would it be interesting to make such a game in your opinion?

I too have only seen the karma and meditation aspects of Buddhism in games but they have never been games where Buddhism has influenced the entire plot.

Yes it is. Everything is a religion. A religion is simply the way one lives their life. It's a set of codes. Buddhism is a religion.

Where is it said that Buddhism is a religion? It still can be stated as professed faith/religion in some countries on job applications and other papers.

And yes, I do agree with IFork that Buddhism technically isn't a religion, it's a philosophy. One can even say that it's an atheistic system of beliefs rather than a religion.

A religion is a set of codes. Everyone follows a religion because it's a way of life. Atheism is a religion too.

Ever heard the saying, I follow it religiously? Show me a man who doesn't live life religiously. They would have to be void of thought because everyone has a way they live life.

All are religions. What makes the beliefs above different from "I'm Christian, I worship God and I follow Christ to eternal life."?

Religion can be void of God. It's still a religion. Religion is imprinted in our minds and everyone finds some way to live by life. To have no religion is to be void of opinions, codes, rules and beliefs. There is no human who is as such save for those who are born mentally incapable of thinking.

So when someone says "I have no religion" I laugh.

According to dictionary.com, religion is:

a set of beliefs concerning the cause, nature, and purpose of the universe, especially when considered as the creation of a superhuman agency or agencies, usually involving devotional and ritual observances, and often containing a moral code governing the conduct of human affairs.

a specific fundamental set of beliefs and practices generally agreed upon by a number of persons or sects: the Christian religion; the Buddhist religion.

the body of persons adhering to a particular set of beliefs and practices: a world council of religions.

The definition pretty much agrees with what I said.

Buddhists and Buddhism fans of ModDB Other with 11 members

Unity of Beliefs Educational with 33 members