The 2019 Mod of the Year awards is heating up and now heading into phase 2: voting for the winners from the Top 100 mods nominated from 2019. 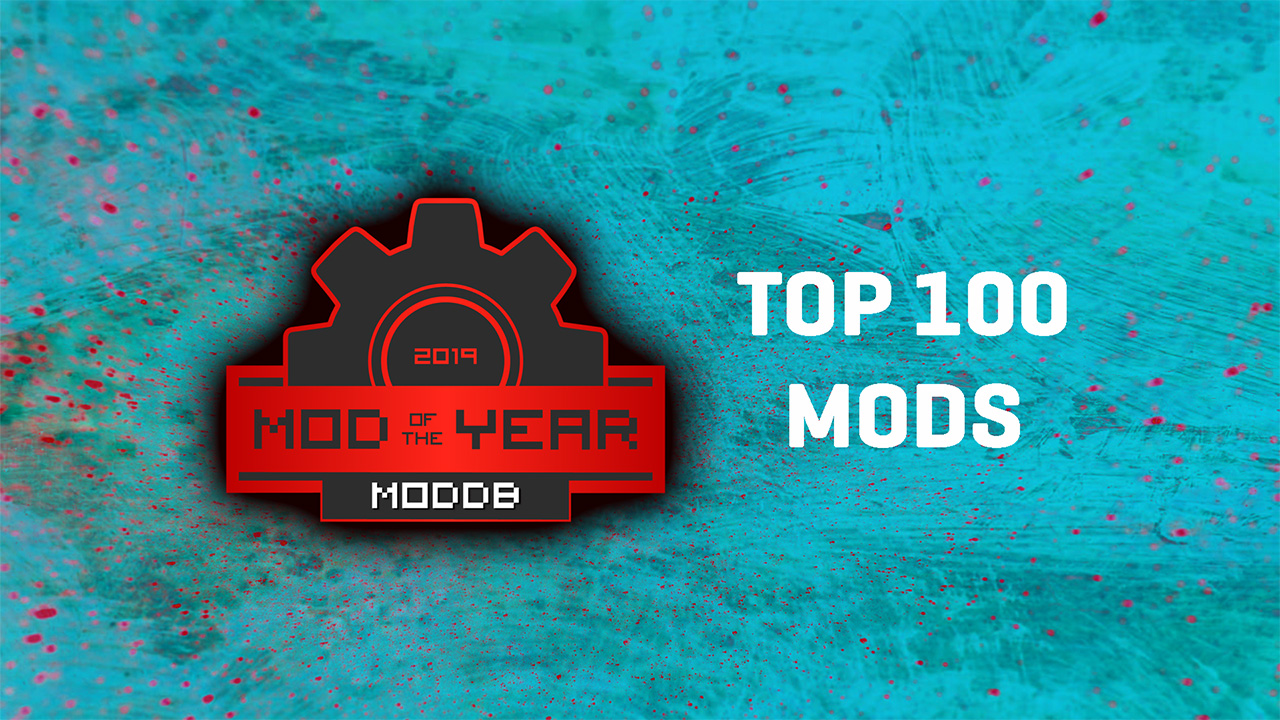 The 2019 Mod of the Year Awards has concluded the first round of voting, and after 10 days and over 37,000 votes being tallied with 3,885 mods in the running, the final Top 100 nominees have been revealed! Phase 2 has begun, in which voting is now open for the Top 100 mods to determine 2019's ultimate winner. You have until December 21 to cast your votes!

It's been an incredible year for mods with some of the highlights including SPV3 for Halo CE, Half-Life 2 : MMod, Far Cry 2: Redux and The Elder Scrolls: Total War. While mod-friendly games such as Star Wars Battlefront II, Medieval II: Total War: Kingdoms, C&C: Generals Zero Hour and Mount & Blade: Warband were some of the highest represented this year. Despite newer triple-A titles restricting access to mods and user-created content, the modding scene is still alive and well as these nominees clearly show.

Congratulations to all the modders whose projects made it into the 2019 Mod of the Year Top 100 . Now is the time to rally your community to support to secure votes and spread the word about your mod far and wide. Be sure to continue updating your community about future releases, developments, screenshots, and videos of in-progress work. Congratulations also to those mods who didn't make the Top 100, but came incredibly close and put a huge amount of work into their fantastic mods throughout 2019.

Pretty dissapointing that no Mods for Carnivores made it into the Top 100.

I mean at least Jurassic Park Revolution should be in there, because that's the best and highest quality Mod made for Carnivores as of now: Moddb.com

Unfortunately not every mod can make it into the Top 100, meaning there are always plenty of great mods that miss out. But we do our best to feature and give a spotlight to great mods on ModDB every day, through the headlines, across our social channels and with the weekly news round ups too.

Thank you for voting and taking the time to share one of your favorites with the community here in the comments!

Hey everyone, thank you for taking part in the nominations stage and helping decide the Top 100! Now it's up to you to decide the top 10 and the mod of the year, so don't wait get voting 😄

If your favorite mod didn't make it to the Top 100 this year, feel free to share them here in the comments for others to find and enjoy!

Hey, don't forget to vote for Stalker: Legacy of Times!

I'd really hope to see the day when its no longer dominated by Stalker and Half Life and Command & Conquer. Its always those really old games despite there being great modding tools available for newer games like Black Ops 3 for example.

Technically Stalker: Legacy of Times is a Crysis Wars mod on CryEngine 2, not for S.T.A.L.K.E.R. trilogy. We've made quite a breakthrough. But you are absolutely right, "STALKER" trilogy mods are dominating all over the Mod DB, just take a look at "Top mods" list. And of course there's too many RTS mods and Star Wars theme too.

Oh thats lovely to hear. I remember checking your mod out some long time ago. Must do it again now :)