Launched in May 2018, mod.io is a powerful mod API for game developers to tap into the creativity of their playerbase. Take control of your mod community on all platforms and stores, to ignite a world of possibilities. Interested in mods and finding out more? Get started now or reach out to chat about our solutions for indies and big studios.
RSS Players Choice – Best Upcoming Mod 2018

Welcome to the Players Choice: Best Upcoming Mods of 2018 Results! The following mods have been selected by ModDB readers from the Top 100 nominees to determine which mods they are most anticipating for future release.

Before we present the winners, the following mods polled strongly and deserve our attention for either narrowly missing out, or they have previously placed in a best upcoming countdown and are ineligible to place again. These mods have significantly impressed us over 2018, and we are eagerly anticipating their future developments.

A redux of the cancelled mod from August 2016. Utilising content from developer repositories and some originally created parts, Half Life 2: Raising the Bar Redux will aim to recreate part of the vision the original developers had for the game, as well as developing our own. RTB:R centres around a thematic melding of the HL2 Alpha, Beta, and Retail concepts, as well as our own ideas, to create a unique and complete experience.

Dead Air is a full-scale S.T.A.L.K.E.R. modification based on Call of Chernobyl. It changes all aspects of the game, from graphics, audio, and special effects to various gameplay and AI features. The modification evolves from the ideas started in Call of Misery, a previous project from the mod’s author. Major inspirations for Dead Air have been projects such as NLC, MISERY, Autumn Aurora, and OGSE. Dead Air prioritizes the development of the game platform’s potential, gameplay complexity, and attention to detail, along with addressing both the quality and quantity of all content. 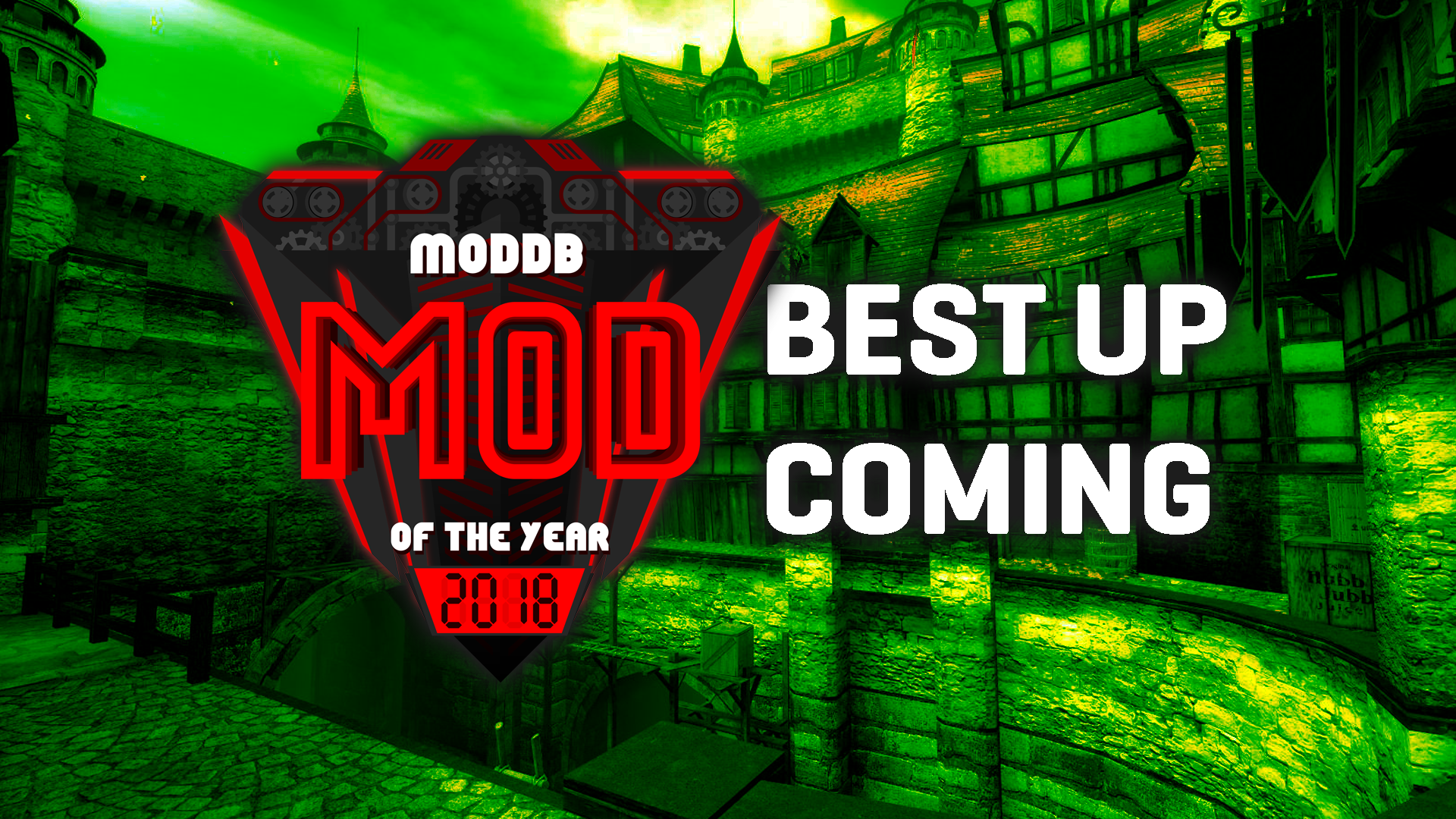 Huh, this is terrible!

The ModDB community never fails to disapoint me.

It's because Operation Black Mesa has previously won "Best Upcoming" many times in the past years. They can't just continuously be ranked among others. Which is why they are on "Honourable Mentions".

That is my guess.

Congratz to Raising the Bar Redux and HL Classic!

Battlefront 3 Legacy needs a new release. It was scheduled before Christmas and I really want to play Coruscant without crashes.

How and why the hell did RTB:R get on the list?

Oh wow, thank you so much everyone, that was kind of unexpected :D

Just shows how your hard work eventually pay back mate ;)

Never expected my vote to count to anything. Just goes to show it is always worth a try!

Congrats to the HL and C&C modding communities!

that was a cool vote!

Oh come on. Are people ever going to get tired of Half-Life 1 and 2's gameplay? Yes, they still are the best kind of FPS games to date, and have really good quality mods, but come on!

Am I seriously the only one that's grown so used to their gameplay and story that it's getting really stale? Like, REALLY stale?!

There is only so much you can do with the story and gameplay of a single game before it gets done to death, especially considering the time Half-Life 1 and 2 have been out. And all the community regurgitates now are remakes, and mods with the same story, protagonists and gameplay?

Seriously, how many Half-Life 1 remakes, for example, do we actually need? There are like, 3 or 4 being made right now. Why? How many times do we have play the same game with a different makeup?

Ugh. Props to mods like Entropy, Element 120 and Lambda Wars for trying something different with their material.

I really appreciate the modding community for HL 1 and 2. I really do. But I don't think most of what it's creating deserves to be on a Top 5 list, when you consider all the other mods for other games that are pushing things forward. It's really time to move on from what has already been done.

And crap this was waaay longer than i thought it would be.

The guy from HL Classic is remaking Half-Life 2's dynamic features to work with GoldSrc engine. He even managed to make the physgun to work. How cool is that?

There are plenty of ideas and opportunities in the modding community. Let them have it.

stfu and don't download anything "pure" hl related lol, how easy is that

No Mental Omega and No Contra? heartbroken :(

Is there going to be a list showing the place/order of all the top 100 mods?

Congratulations! I don’t know if you consider such a result to be a worthy evaluation of the effort invested, but I think so) Thank you for both projects that I have been playing for a year now. I am glad that your personal ideas that you were able to implement in the DA, appealed to so many people. Happy holidays to you, the team and, of course, the community! Success at the main work and at mod building! I look forward to the release and new projects. Sleep more and be happy)

Thanks for disappointing me.

Thank you for the Honorable Mentions, our team is working hard to release very soon

Thanks for the honorable mention! Congrats to the winners! Make the fans proud!

No spot for Hedon?!?

I was hoping I'd see the mod on here.

Yeah, pity I couldn't get any mention but I was at least hoping to know Hedon's position. Did it get 6th place or 99th place? :D

Am i the only one disappointed about Doom: The Golden Souls 2 not being on ANY of the lists?

What about editors choice for upcoming mods?

There's just one for most anticipated mod and it was given to a Skyrim mod, check the article :^)

Congratulations to all winners - looking forward to seeing these come out, including the honorable mentions (you cannot win upcoming twice unless mitigating circumstances allows it)

HL again? they are not even good