Crysalis - the water of life. For generations, people lived their lives, blessed by the divine water.After finding out from the king that the town Ciuna's Crysalis spring has run dry, Mio, a Crysalis researcher, is called in.What caused the spring to dry up? Without the life water, what will the people of Ciuna do? Go on this epic RPG to save the water. For now, the download and CD is only for Windows. This game is rated 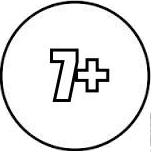 To learn more about why this game is rated 7+, go to Sidengo.com

Wanted is thinking of creating a game in partnership with Unreal called City of Angels. It is planned to be an open world game in a city called Angel City. The character will walk around doing missions for everybody and help defeat the gangster group called Angels. If the game comes out, it would be free.

We are happpy to announce that WSS, ore Water Pring Survival, is finally released. We would love to thank all the people that made this happen and enjoy...

View the release information here. Find out about it!

Learn How To Play. The controls are extremly easy and take seconds to learn. Other topics are also going to be covered.

Learn about how to download the game. Remember that the game is only for Windows, so it won't work on anything else.

View the trailer for WSS. You can download it but you cant add it online.

The game is free, you can get it for free on our website.