Warzone 2100 is a real-time action and strategy game set on earth in the 21st century. Upon entering the postnuclear world of Warzone 2100, you establish your base. Here you conduct research, design and manufacture vehicles, build new structures, and prepare your plans of global conquest. Each campaign features a large campaign map and six or more sub-maps. As key objectives are reached on the campaign map, missions are activated on the sub-maps. These missions are varied and feature everything from hit-and-run attacks to holding territory. The combat is fast and frantic with amazing effects and a true 3-D world with rotatable and zoomable cameras. Weapons range from bullets and lasers to explosive weapons that blast large areas of the highly detailed 3-D battlefield. 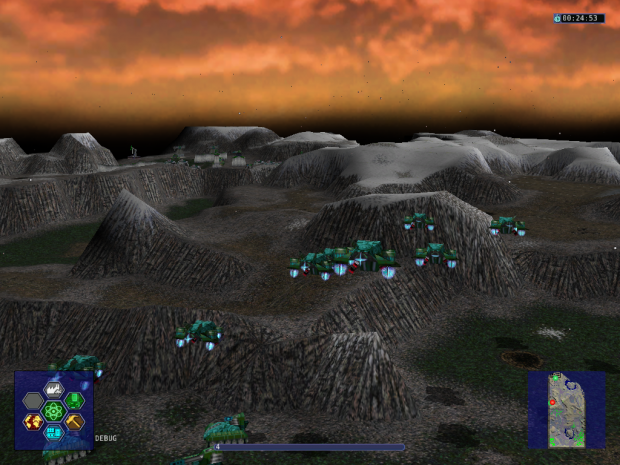