WarForwards - It's an action game with dynamic gunplay in close quarters, inspired by the film "John Wick" and transferred to the 2D Top-Down Shooter format.

The action takes place in a special military Academy, where the cadets participate in large-scale military training.

Make friends, prepare equipment and fight your way to the goal through dozens of enemies on a variety of locations with large arsenal of weapons, non-stop action, tons of lead and barrage of fire.

Show them who's the best here!

The whole story was created as B-movie class plot. I'm not a professional writer, so I didn't overestimate my strength with this. 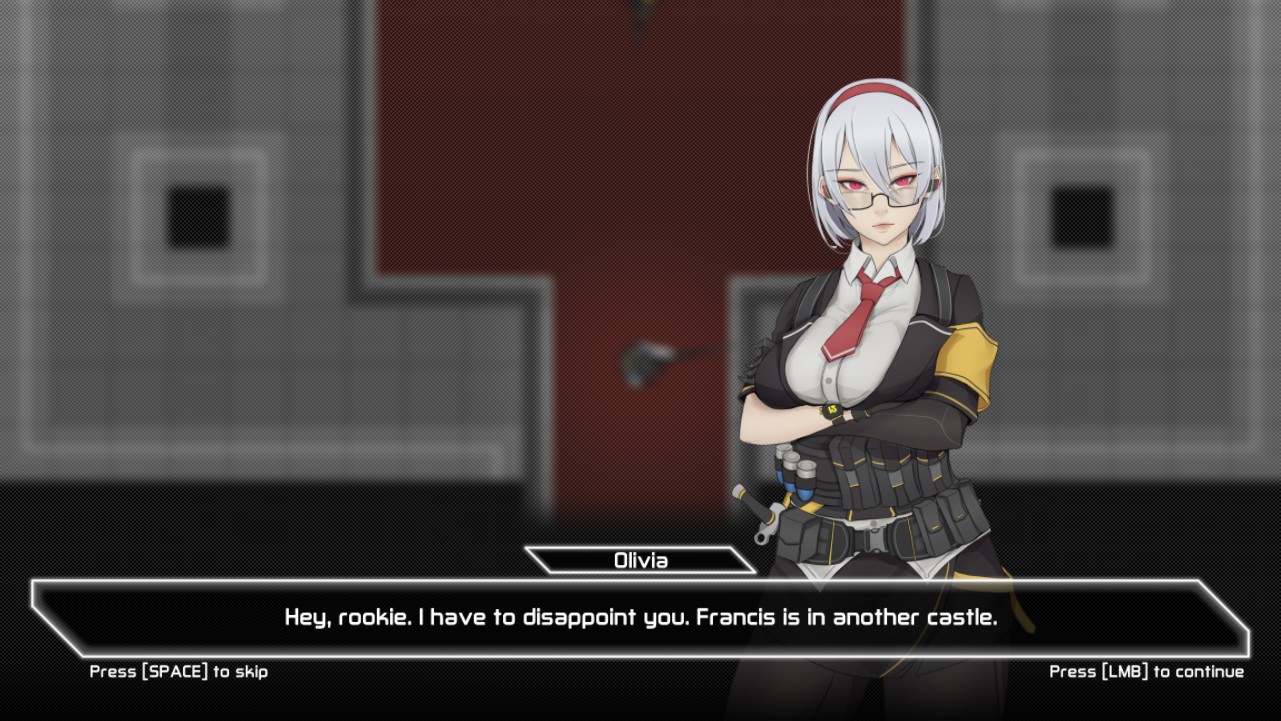 I don’t know whether this is ordinary...

The story pretty standard, but I tried to add likable characters and logic in whole situation even taking into account that the main theme is pretty crazy. But even so, I wanted to make sure there were as few weird decisions and situations out of nowhere in story as possible. 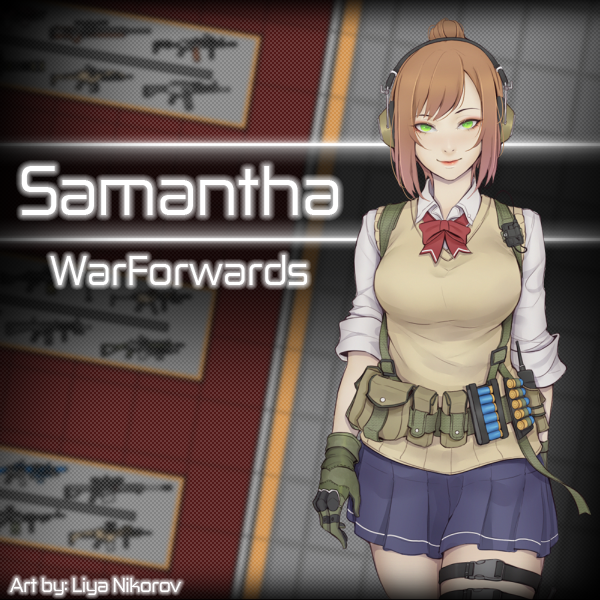 Meet Samantha! Your friend and comrade.

Initially, the story had many different characters and side story events. But after some time, it became clear that I will not be able to implement such a scale due to lack of resources.

Also, the main story did not imply a long time of events, for simple logical reasons. That’s why the whole story completes in 7 in-game days. Also only few characters make their way in final edit (but I think others will have their appearance in the future... in other games...)

Also, due to the fact that the story unfolds quite rapidly, I had to reveal the characters so that they do not pour out all the secrets of their souls on the second day of acquaintance.

So I tried to fit all information needed in casual dialogs and their actions. Also some characters can tell you more about others. So the player should have pretty clear understanding of each character in story. 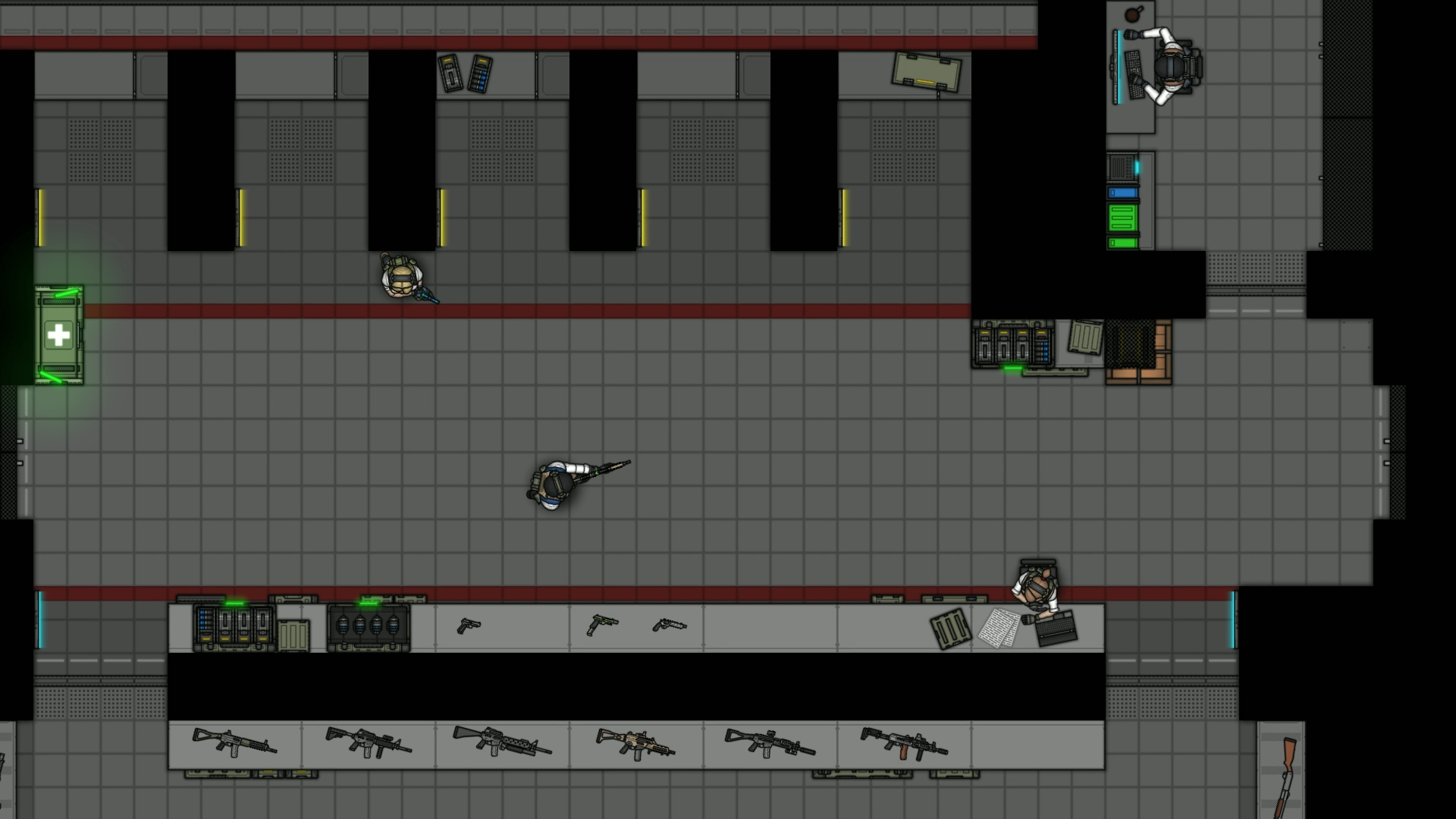 After completing most missions or in front of them, the player gets to the shooting range, where he can talk to the characters, replenish ammunition or change weapons. Also you can try your weapons on hologram targets there. 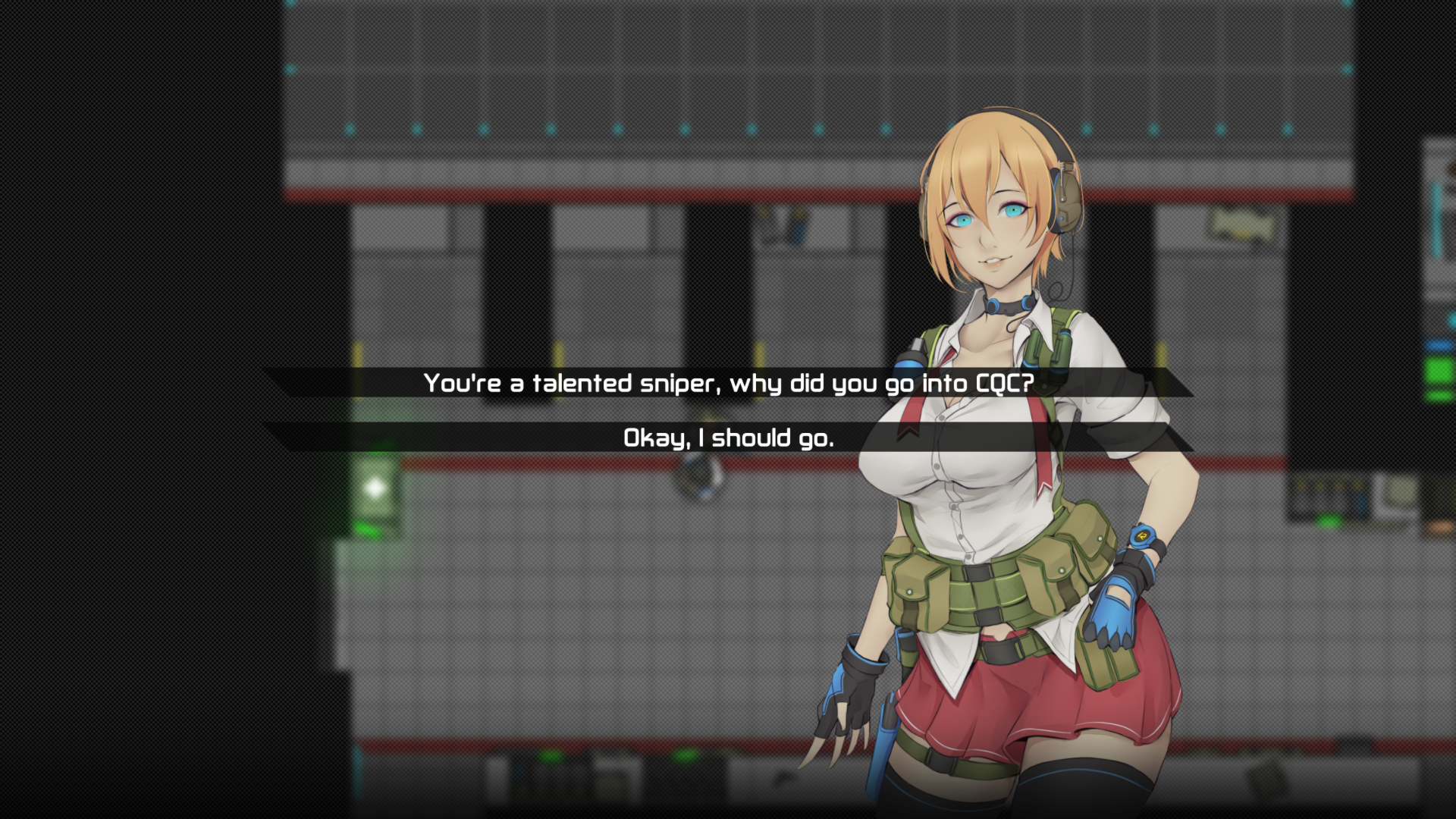 “I should go” is always a choice.

The other important thing is a dialog choice. The story is presented as a visual novel with dialogs between the characters. I didn't want to make a player just a dumb dummy, so I made a dialog system that player can choose his lines. It’s not much but it’s much better then speechless protagonist, for me, at least.

Also, the choice that the player makes during the dialogues, allows you to learn more about the world of the game, and about the characters.

And it also affects the epilogue of history. But I'm not going to give you any more details on this, because it's better to find out for yourself, isn't it? I can only say that the idea of side stories fits in perfectly with the post-main events.

That's all for today, thanks for reading!

You can buy the game here =)
Steam page

Today, I would like to talk about game maps and level design.

I will talk about weapon Arsenal. Lots of weapons!

Today, I want to talk about Survival Mode of the game.

Do you need a translation for Portuguese BR?
I am currently looking for more games to translate to put in a portfolio, already did the official translation of Ash of Gods and Tooth & Tails.
If you are in need, tell me!

Looks superb. Will this be on steam?

Yes! You can add it to wishlist here Store.steampowered.com

Your game looks pretty good! Keep it up!