Wander is a collaborative, non-combat, non-competitive game focused on exploration and joy. Life begins as a tree. Storms that affect the known planets transform you, and continue to influence your path. A rare flower has many powers that can alter your course. As you explore, you begin to discover others in the the sprawling rainforest. Working together, you unlock new experiences, piece together the plot and enjoy the varied beauty that Wander has to offer. Wander features a gorgeous landscape, large scale non-competitive play and immersive sound design to create a world like no other.

Thanks for voting and helping Wander on it's quest to become the 2022 Indie of the Year. You are now in with a chance to score some free games. Help this game secure more votes by embedding the widget (or link) we have included below on your favorite sites.

Hey all, this is Crystal here to update you on what’s been happening around the Wander offices (my house *does* count as an office, right? And my cat counts as my assistant?).

First of all, I’m very pleased to report that we’ve been chosen to receive funding from Screen Australia, and I’m sure I speak for the entire team when I tell you how excited we are about this. Money (a loan) is great and useful when you want to make stuff good! Sadly, it appears that this type of funding is soon to be a thing of the past, so we’ll be sure to put it to good use. In other news… We’re on Steam, huzzah! We've got Steam support working, voice chat is getting there and everyone who's supported Wander so far will be getting Steam keys.

Now on to the really interesting stuff! Well, interesting to ME, at least. First of all, fireflies! What do fireflies have to do with anything, you’re no doubt saying to yourselves? Well, I’m glad you asked. You can find these little guys in the world of Wander, and once you’ve befriended them they can be enlisted to light your way at night, point things out to other players, or you can just make them fly around in circles for your own amusement! You can see these little dudes in action by checking out the video below, featuring me (Canadian accent included) and Loki, the god of mischief himself, showing us how to direct fireflies like a boss.

You may also notice, during your travels through the rainforest, that sometimes you walk past a rock with some glowy symbols and it starts talking to you. No, you haven’t been inhaling too much spice, it’s all due to the excellent efforts of our fantabulous voice actors and our splendiferous sound designer/voice-over director/voice actor, Elaine. I honestly don’t think I could ask for a more talented and hard working group of people to bring my words to life. Everyone’s working super hard to fill Wander up with more lore and dialogue than you can shake a stick at, and this includes sitting in a stuffy tent covered in a blanket for hours in order to get the best possible sound quality. Believe me, it’s a VERY professional setup, and I’ve no doubt that you’d all be very impressed. 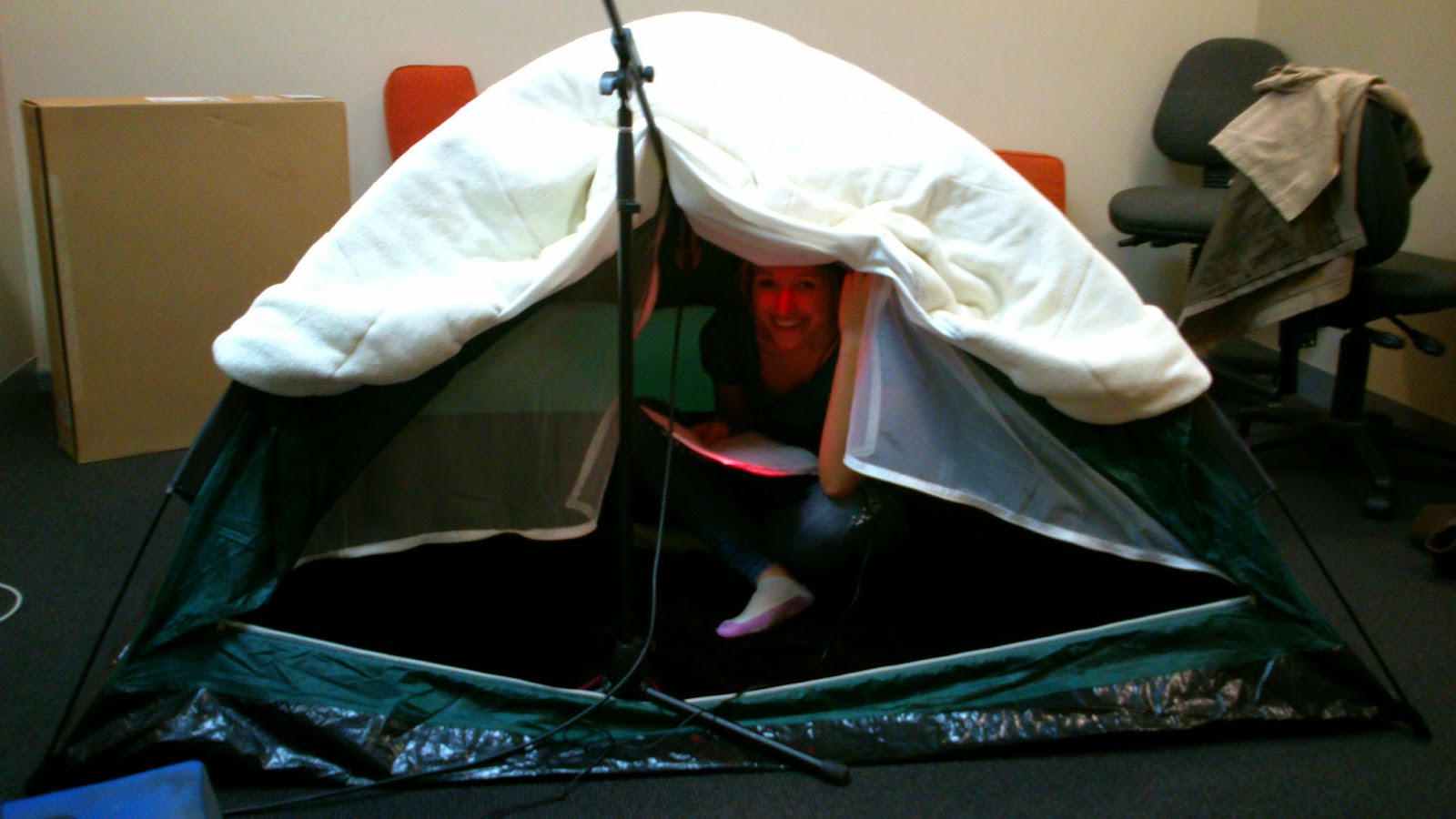 Speaking of sound, we’ve also got some pretty rad sound effects happening in our menus, It’s a little thing, but it’s one of those nice touches that picky people like me notice and appreciate. You might also notice something new on this site, a link to the wiki Gamepedia / Curse are now hosting the official Wander wiki. As a narrative focused game we're going to have a lot of spoiler warnings but we're excited to have a place where fans can formulate ideas. Of course, it's a wiki so it might just one more exciting way for Wander myths to spread.

Another thing we’ve been busting our humps over lately is the intro cutscene to the game. I remember a time, not so long ago, when we thought that cutscenes were a thing we could only dream about and long for wistfully. However, now that we’ve switched over to the better-in-all-possible-ways-engine, Cryengine, cutscenes are now a very real part of our lives. Particularly in the past couple of weeks, when we’ve spent a lot of time perfecting exactly what it is that happens during those first few minutes of the game. I’m sure Loki is sick to death of hearing me say “I want the tree big! I mean, really big! BIGGER!” But all in all it’s coming along well and starting to look pretty amazing, all thanks to our fantastic level designers, Aaron and Sarah. Loki and I *may* have had a childish argument or two over the amount of camera spinning we want to include in the intro (let’s just say, one of us watched a LOT of Sailor Moon as a teen. And that person is me.); however we’re pretty confident that it’s going to end up looking awesome.

Of particular relevance to me has been the progress of our new character designs. Our art director Garth and his team have been doing a bang-up job translating my concepts and notes into some pretty sweet-looking characters. They’re still in the preliminary stages at this point, but I have to say I’m blown away by their work, and I can’t wait until we can all see the finished products. To be honest, when I saw the first griffin model, I was so excited that *redacted by Loki*.

Anyway, I better sign off before this gets *really* uncomfortable! Until next time!

We've just uploaded our new trailer for GDC2014. We're excited to show how Wander is progressing.

Wander to use CRYENGINE® FreeSDK

We've got a new screenshot to show & we're also announcing that Wander will be using Cryengine FreeSDK. We're excited!

Beta 14 is now up for Windows and it includes the first initial version of dream weaving and lots of new lore from our new voice actors, a day / night...

Looks stunning! Will keep an eye out for it!
Much Love.

Why does Wander not show up on Steam when I search for it?

So.. you just wander?

I think you should advertise it more, you still haven't been Greenlit. I'm looking forward to this game.

Oh my god this looks beutiful.

is there a beta for the ps4?

There isn't a beta for PS4 yet. Probably won't be until quite close to final release.

I think it's a really cool concept to have a game where there's no combat, just puzzles and open world exploration. I never thought i'd see a game like this.