Get into the void

The main goal of Void is to apply a relatively modern gameplay to the classics games that have forged the FPS genre.

Run into the compromised environments of the Lars Mann & Meyer's space colony and find a way to give back to Marla the control of the structure, through 16 levels of fast paced action.

Fight against the drones and the soldiers guided by the Dr. Reiter, side by side with the rebels.

Survive in a hostile territory and finding the way to go back home.

Die for the right choice.

Void is currently in advanced development and beta testing, and it will released "when it's done".

After about a week of works the Linux porting of Void was finally completed. 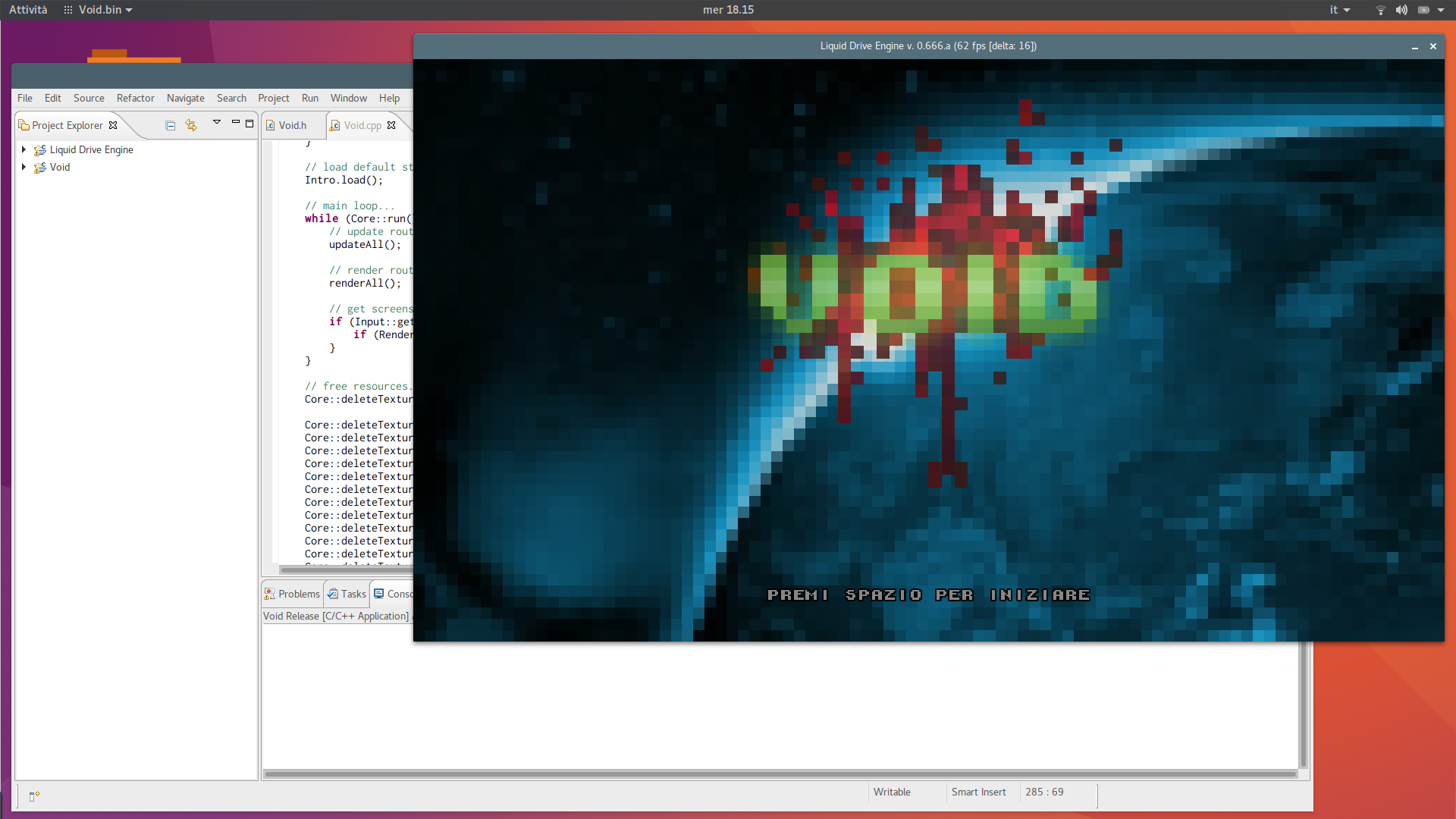 The game seems to run really good with the above configuration and we will start the testing on other Linux systems as soon as possibile.

So, the game will be officially released for WIndows and Linux platforms.

A little update about the VOID beta testing: The game is really near to be completed. We work hard for the levels testing and for the translations (the...