The year is 3796, and you are Caroline. A bloodthirsty, psychopathic, mercenary who wants nothing more than to marry her wonderful boyfriend Athens Fetter. Problem is money's tight, and rings aren't exactly cheap. But thankfully there may be hope for her yet, as a warlock named Cromune has acquired a rather hefty bounty on his head. He's being accompanied by a small fraction of the U.S.C. (The United Scientific conglomerate) Lead by Dr Mortice. Which means he's got a small army defending him. But what's an army to someone who's taken on a legion? What're a few hundred soldiers to death incarnate? Nothing but a slaughter... Nay... A viscerafest.

Navigate nonlinear hand-crafted levels, stuffed to the brim with secrets, using key cards, completing puzzles and various objectives to progress. Set across a wide variety of locations, from a space station above the earth, to a realm beyond our reality.

Wield 10 unique and powerful weapons, from staples of the genre like the bunker buster double-barreled shotgun, to the more unique and offbeat, such as the Pung Cannon.

Slaughter over 2 dozen different enemy types, from minor grunts like the U.S.C. Enforcers, to monsters beyond your ability to comprehend such as The Soul Hunters. New enemy types are introduced every level, each compounding the challenges you'll face with a variety of attacks and behaviors.

Juggle your resources, as you fight to stay alive, constantly balancing your use of ammo, health, and armor.

Move at the speed of light, utilizing the games various mechanics from bunny hopping to dashing, and with your overbearing air control, dance around projectiles like no other.

Collect goodies from skullies to Cypher level keys, unlocking new content in the main hub, such as lore, modifiers, and bonus levels to conquer.

Thanks for voting and helping Viscerafest on it's quest to become the 2022 Indie of the Year. You are now in with a chance to score some free games. Help this game secure more votes by embedding the widget (or link) we have included below on your favorite sites.

Prague, Czech Republic – May 20, 2021 – Viscerafest, the sci-fi fantasy arena FPS published by 1C Entertainment and developed by Acid Man Games and Fire Plant Games, blasts into Early Access today via Steam, GOG, Epic Games Store and other digital platforms for $14.99 USD / €14.99 EUR, accompanied by a 15% discount during the first week!

The Early Access version includes an introductory prelude level, the game’s main and chapter 1 hubs, and the entirety of the first chapter with 7 levels to play through. It also features 8 of the enemies, and 6 (out of total 9) of the game’s weapons. The second chapter is planned to be added down the line during the Early Access period. The hub's primary features together with the third chapter are planned for the game’s full launch.

Viscerafest is a sci-fi fantasy single player arena FPS where you take the role of Caroline, a bloodthirsty, psychopathic mercenary who wants nothing more than to marry her wonderful boyfriend Athens Fetter. Problem is money's tight, and rings aren't exactly cheap. But thankfully there may be hope for her yet, as a warlock named Cromune has acquired a rather hefty bounty on his head. 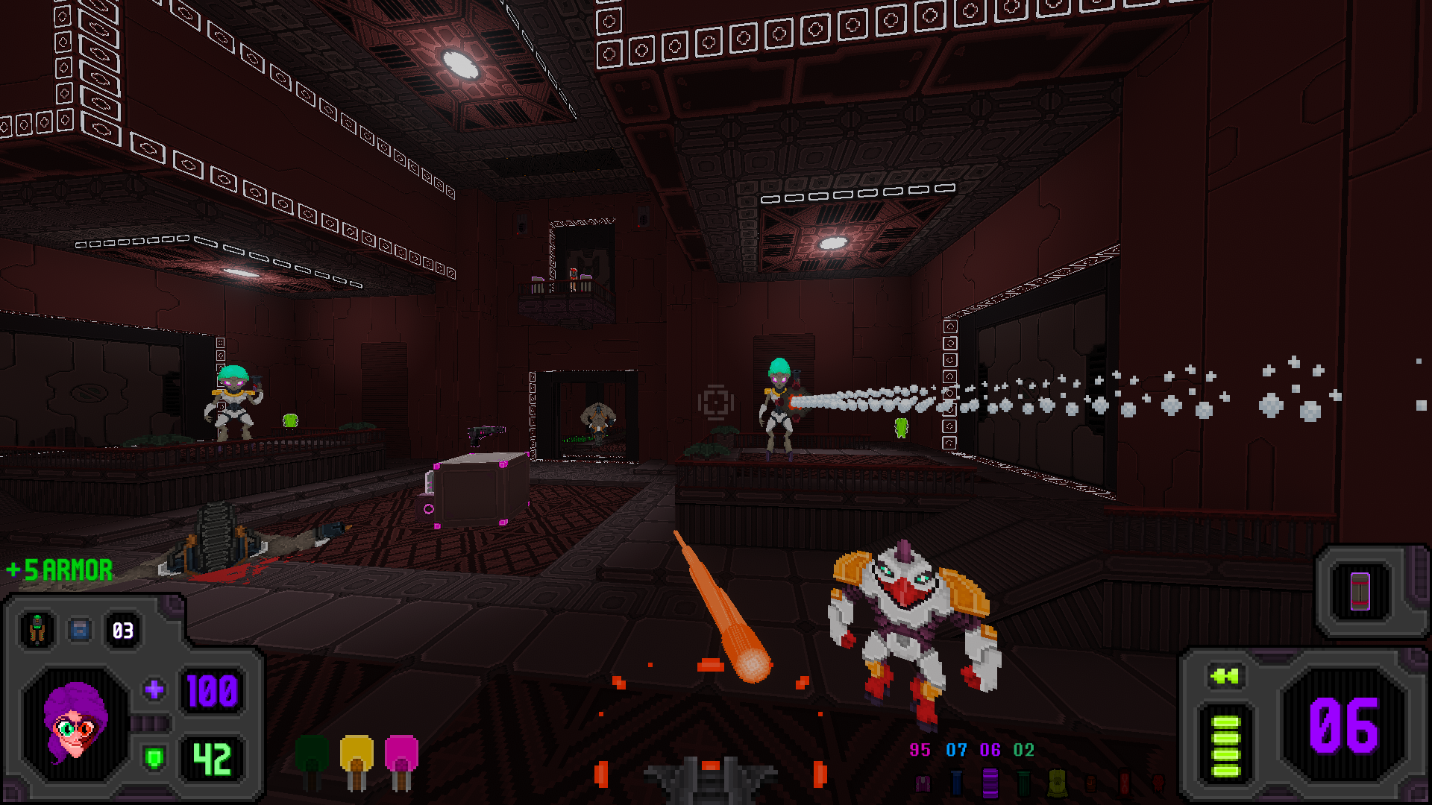 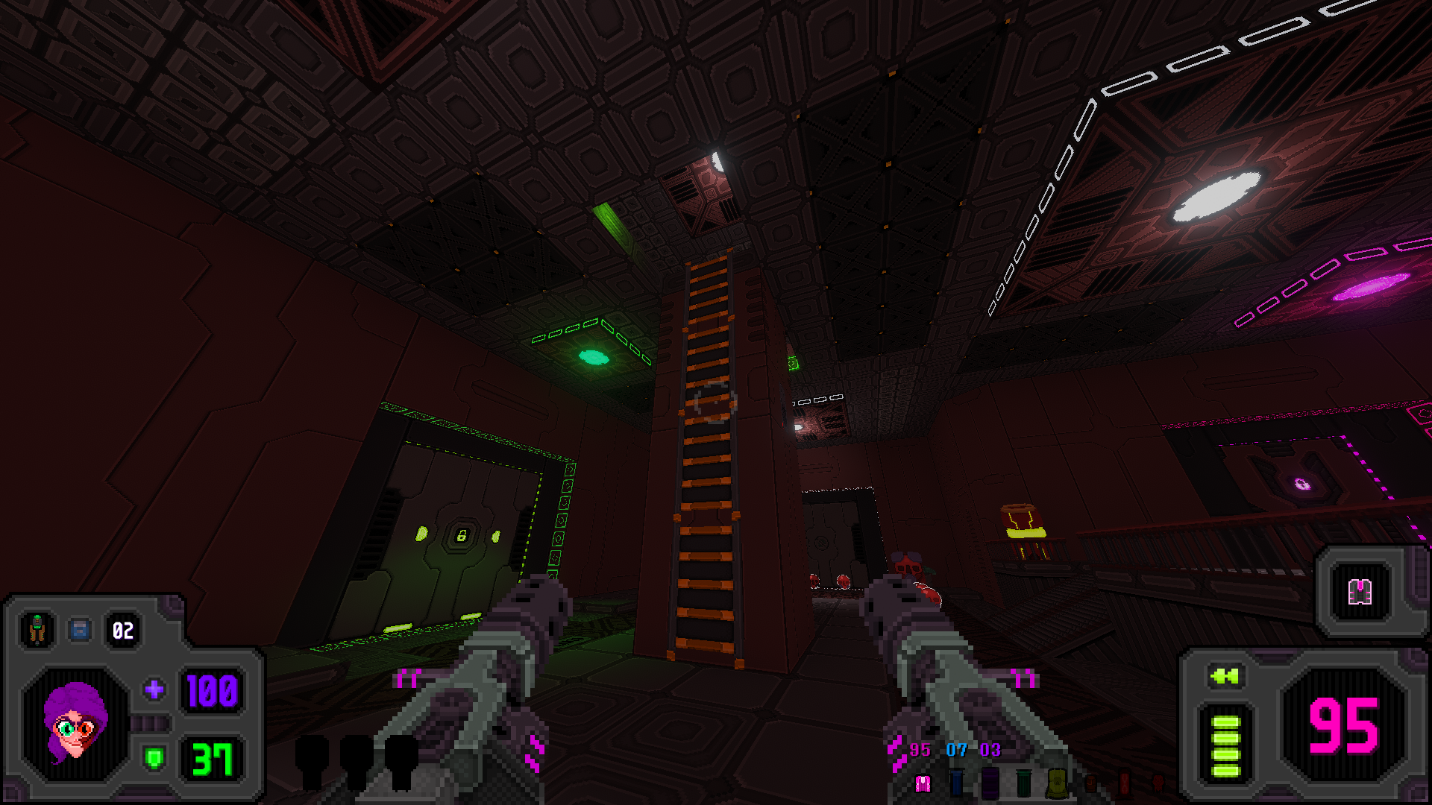 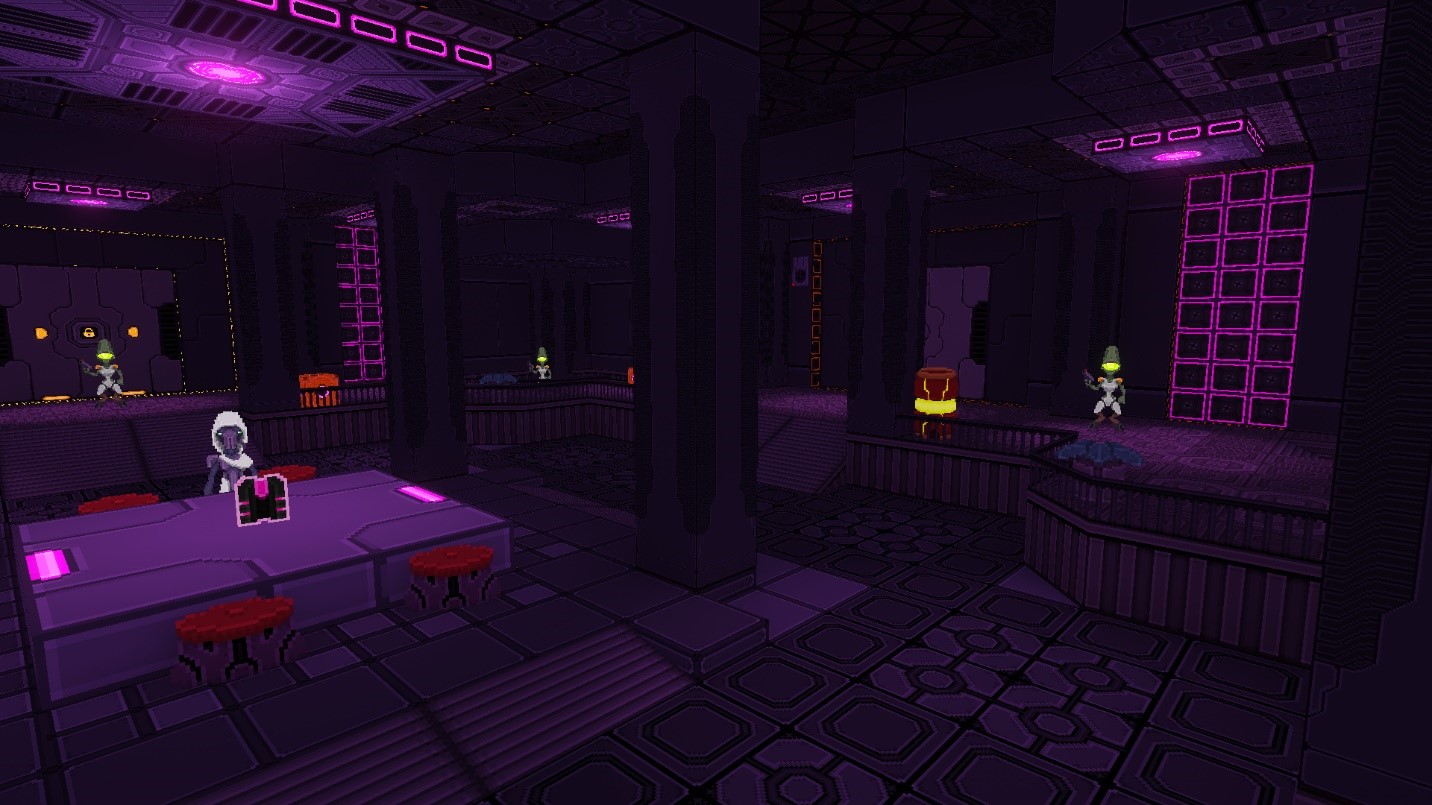 About Acid Man Games
Acid Man Games is an American Independent game developer based in Mount Pleasant, Wisconsin, acting as the lead dev on the singleplayer arena shooter Viscerafest.

About Fire Plant Games
Based in Canada, Fire Plant Games established itself in 2017. While most known for its work on Viscerafest as the programming lead, Fire Plant Games previously existed primarily as a freelance studio helping other game developers achieve various tasks for their own projects.

We are happy to announce Viscerafest, an old-school arena FPS that we will be bringing into Steam Early access next year in collaboration with indie developers...

Ahoi! This is just a quick update to let you all know we are still alive!

In this update, we'll be discussing what you can expect to see within the next update when the game is updated. I'll likely update you again when that...

Where have we been and where are we going?

An update on the status of the next patch as well as a glimpse into our plans for the future.