Acting as an elite soldier, players of "Vietcong" command the A-team, part of the U.S. Special Forces, in realistically represented Vietnamese environments. Players will lead as many as six expertly trained soldiers through 20 dramatic missions, and follow a storyline that captures the danger, fear and unpredictability of the war itself. The full-featured multiplayer mode also allows gamers to play as U.S. Special Forces or Vietcong soldiers and to battle over specially designed levels. In "Vietcong," the player chooses from more than 25 weapons, including M16's, grenade launchers and sniper rifles. Players can order air strikes or ambush enemy patrols, but success ultimately depends on their ability to keep a level head in the thick of intense action. 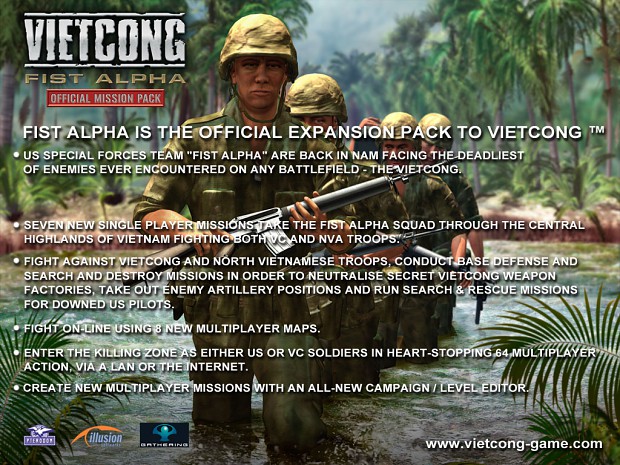