The year is 2693. A small planet and its moon, Vartun, have been settled by the Star Alliance Interplanetary Government for research. This moon and it's planet are connected by a giant pillar of unknown origins, evidence of former life of intelligence at least equal to or greater than our own.

However, evil has gotten in the way of science. Governor Vance, leader of the settlement, has been manipulating the research, slowing down and halting its progress. For he has plans of his own for the pillar. Thinking it a giant weapon capable of destroying other planets, he plans to use it to force the Alliance in to handing control of the known universe to him.

Martin Sorda, an archaeologist living on the moon, has been doing his own research on the pillar in secret. Warned about Vance's plans by Zacharah, the governor's exiled second in charge, Mart works non-stop to find the pillar's control center before Vance, find out as much as he can about it, and then warn the Alliance of the Governor's nefarious schemes. Having devoted all his time to his mission, he has almost found what he is after... 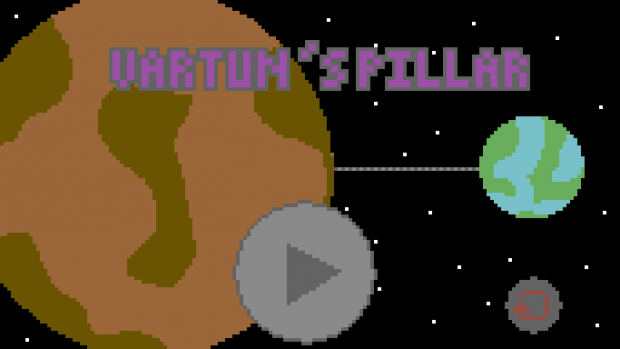 Vartun's Pillar has placed 3rd in a Windows 8 game competition run by Scirra (the creators of Construct 2 game maker) and Microsoft! The game was made for the competition and took me 2 weeks to complete.
Needless to say, I'm pretty stoked about how well it placed.
If you want to see a list of all the winners (you should check them all out), head here.

Vartun's Pillar has also been updated to include a free trial! The game and the trial are both available on the Windows Store now.