Unreal Tournament 3 marks the return of the world's première first-person shooter. It unleashes the full power of Unreal Engine 3, taking graphics, gameplay, and challenge to a whole new level. Players engage in intense battles with other human players online, or against Unreal artificial intelligence that sets the industry standard. With the most powerful futuristic weapons and vehicles available, this is FPS action at its best!

Description: Rankin, one of the original Iron Guard faction members has returned. Through many fierce battles, he lost his left arm and went MIA. With the help of the Liandri Corp, he has replaced his left arm with an enhanced bionic arm. 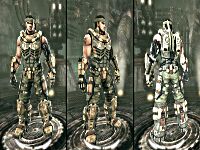 Description: UT3 Domination is a remake of the popular Domination gametype from Unreal Tournament 1. Teams fight in environments containing several "Domination Points". Once a player touches one of these points, their team owns it, and points are gained over time for each point held.

This is a trimmed down version of the full UT3Dom mod. The full version includes UT2004's Double Domination. 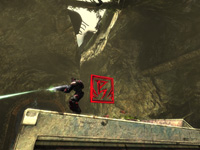 Author: Ambershee
Information: The included mutator substitutes in speed boots for jump boots and the concussion field for double damage. Some of the maps in this pack have these pickups placed in them, so will show up without the mutator.

Speed Boots: The speed boots look similar to the jump boots, except blue, and when picked up, allow the player to move twice as fast! Perfect for team gametypes like Capture The Flag & Domination! 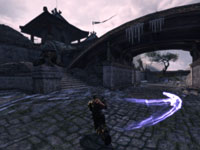 Concussion Field: The concussion field looks like a small, spiky, steel ball. When picked up, it creates a fiery field around the player that will turn anyone it touches into flaming pieces of meat! Combine with speed boots for extreme gore. 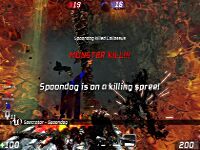 Story: Welcome aboard Liandri's supply tram, which also happens to be a makeshift CTF arena... how convenient! 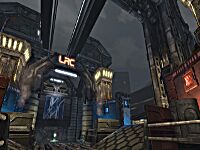 Story: Organizations for the preservation of monumental buildings tend to be less than enthused whenever Liandri shows up to try and acquire yet another masterpiece that has withstood time. Especially true for the Sacré-Coeur, Liandri appeased the local preservation group by recreating the magnificent basilica instead of using the original. 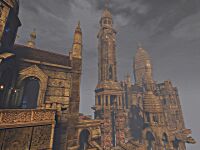 Story: This facility was built to collect meteorological data and in fact, numerous groundbreaking climate-related theories are based on the data this station collected. However, along with public interest financial support slowly dwindled away and this place lay forgotten until the Liandri decided to use it as an arena in their ever-popular tournament. 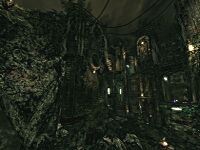 Story: In former times has been this place used for cleaning, filtration and oxidation of polluted water. Operation in this place has been ending when one of discharge employee were purposely damaged one of pumping device. Pressure in distributing main has been so powerful as though shred the walls and pipes inside this complex...enter at one's own risk. 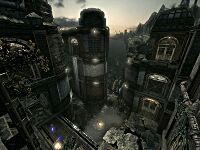 Story: After an accident in the nearby Calibrah-Research-Facility, this place will always remain beneath the eternal dark sky, being used as a dreary arena for the combatants of the tournament. 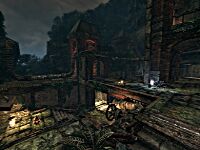 Story: The navigational computer has failed and the ship is on a collision course with planet Delta-37. The hull is collapsing which will make it increasingly hard to capture and defend the control points. 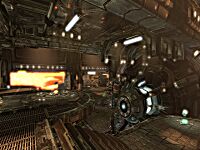 Story: Beneath the remains of this once proud city, a team of Necris warriors try to eradicate this last hole of the scum that inhabits it, one point at a time... while the other team must fight for their survival, and for one final display of heroism before the city is taken. When a point is taken by the blue team, the entire environment around it becomes "Necrified." 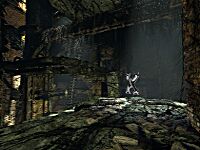 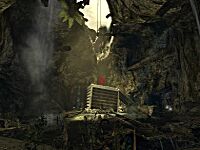 Story: In this inhospitable terrain, humanity has left behind their structures to seek shelter from the radiation and pollution which encompasses the land and sea. This pollution has slowly attracted the Necris who are now feeding off of it to supply their forces... 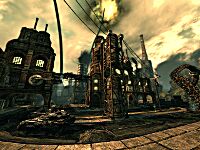 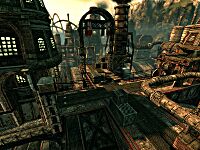 Story: Across the harsh, arid desert they trekked, searching for a refuge. The narrow canyons offered protection from the searing sun and the worst of the wind. So the down-trodden, unwelcome everywhere else, built their refuge high on the canyon walls; out of reach of people who would seek to interfere. 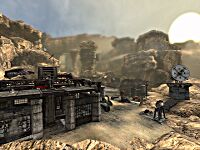 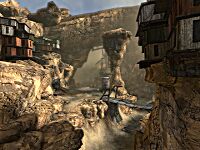 Story: Try to survive on a seemingly lifeless world. Legend claims that in the past this world was governed by an octopus, that's why all of the machinery have the form of an octopus. 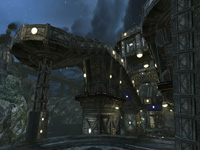 Story: The Industrial age is over, all that remains are the empty buildings that once made it strong. 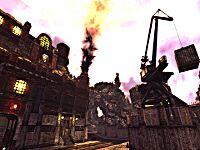 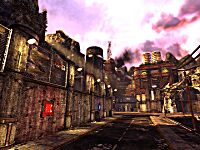 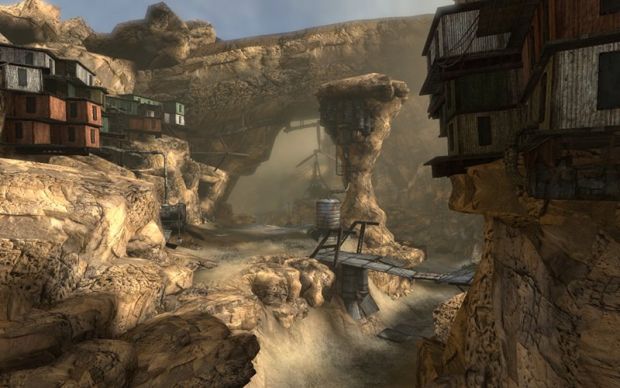 I actually ran into the description field's character limit and had to cut images and text from it before the addon would submit. That's just how much there is on offer in this damn thing! :-)

Seems I ran out of room for the credits, too. The full list is:

I got an error when i tried to run the .exe. I have the steam version. Any help?

I am also having the same problem.

YAY! I thought the CBP3 was dead there for a minute.
=)