Type 3 is an FPS RPG with a psycho-mystery thriller storyline, and is set in an open-world/level-based hybrid sci-fi universe. The game will bring up and tackle sensitive issues affecting modern society and try to take the first steps towards making video games art. You are Keith Raven, an ex-soldier who's mental and emotional scars led him to spend 20 years in a psychiatric hospital. Shortly after release, his brother, a high ranking official in the United Republic of Species, commits suicide. After receiving a secret postmortem message from his dead brother, Keith reveals the racism, hate, and corruption reaching to the highest tiers of the Estari government, while fighting the intense psychosis destroying his sanity and perception of reality.

While we have been spending much time on creating our new Studio, we have made great progress on Type 3 with our new concept artists. I'll start with the pieces from our Lead Concept Artist, Alex Chu.

This is our main character, Keith Raven, the suit he is wearing is the suit that will be worn in safe areas throughout the game, an example which is Estari City. The suit is used because in a real society, someone walking around in a full body suit armed to the teeth would instill fear in the populace, just as someone with an assault rifle in Times Square would cause fear on our own society.. Keith will be wearing a much lighter armor, much more like clothing, but with light protection for emergencies. He will also carry a pistol for potential self-defense in the less prosperous locales within the city.

This piece is of the suit Keith will wear when in the line of fire. 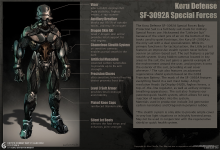 This is the lovely Estari City, this is a mood piece, and is one of many to come.

These pieces are miscellaneous rock and crystal pieces by Brad, they will be used in various environments throughout Estari. 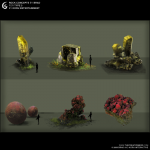 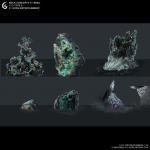 And this is the finished concept of the Niirae forest. 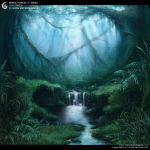 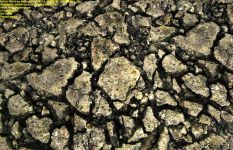 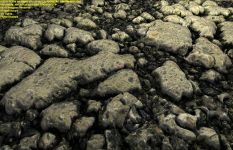 Koru Entertainment is Hiring!
Koru Entertainment is hiring. All jobs are currently not paid.
We are looking for highly skilled individuals in the areas of:
Character Modeling/Texturing
Environment Artists
Designers
Engine Coders (C++ and C#)
Applications must be e-mailed to Taowolf51@aol.com with the subject name "Type 3 (Your Position) [Your Name]. Applications must include examples of your previous work, years of experience, age, and contact information.

We all hope you all enjoyed this update from Koru Entertainment!

Here is a nice and beautiful update for all of you watchers. This update includes critical images that the public will love to see and drool over.

Type 3 is an FPS RPG with a psyco-mystery thriller storyline, and is set in an open-world/level-based hybrid sci-fi universe. The game will bring up and...

Is it finished? :P

Brilliant work here, loved what you done with the place. I'll be watching .^.

Well it appears to be dead, but lets hope its just in hibernation...

yeh it was even dead when the site was up, ah yeh, to bad, could have been one # of a game, but now it is another failed indie game one of the 99%.

Regard it as sleeping, not dead mate - i has my sources..

What's going on here? You guys havent given up have you?