TVTower is a humorous business simulation (and a tribute to the 90s game "Mad TV") in which you are in the role of a programming director of a TV channel. Whether blockbuster or trash-tv - you decide what your audience can watch - but do they want it?

In the summer time... it's getting hot in game. 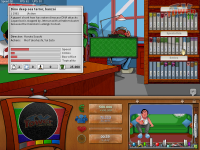 A long time has gone since our last news flash on indieDB but now ... now it is time for a huge (did I say huge? I mean HUGE!) update.

Check it out now and download (Linux, Mac, Windows) it for free (no costs, open source!). 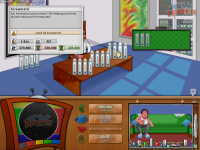 A brand new development version of TVTower just has been released. Head to our website and give the new version a try.

This is our May'14 release (we do one main release each month).

Hello. How can I buy actors and production stuff?

This is still on our TODO-list. Production of custom programmes will come in one of the next monthly releases. For now only scripts could be bought but are pretty useless...

Thank you so much. I really really want to that.
Maybe this game nees more AD(more expensive AD).
AD is useful for purchasing movie, series.
But programs are too much expensive...

PS. paid promgams are very useful for me.

Feel free to suggest such things in our forum: Gamezworld.de

Our User/TVTower-Roadie "Gast2" is currently evaluating the advertisments and this might decrease difficulty a bit (more money per day...).

Why german? And not just english like the rest...

You can change this by adjusting config/settings.xml : set language to "en".

On of the next releases will tackle that problem (language switch option in the main menu screen). Settings will then be saved too.

From now on our startmenu has a language dropdown for easy language switching. Database (movies) is still "German" only but interface should be pretty much translated to English for now.

is this a remake of the DOS game MadTV?