Long ago, the galaxy had known peace. Paradise was ruled with the hand of science, and the hand was that of the galactic governing body known as the Core. Ironically, it was the Core's ultimate victory, the victory over death itself, that brought about the downfall of its paradise and started the war that would decimate a million worlds. The immortality process, known as "patterning," involved the electronic duplication of brain matrices, allowing the transfer of consciousness into durable machines. Effectively it meant immortality, and the Core decreed the process mandatory for all citizens in order to ensure their safety. However, there were many citizens unwilling to toss aside their bodies so casually, many indeed who regarded patterning as an atrocity. They fled to the outer edges of the galaxy, forming a resistance movement that became known as the Arm. War began, though it was never officially declared by either side.

This is a combination multiplayer and skirmish map, with a complex and well-scripted mission added to the mix. Map size is 23 x 23, 8 players supported in multiplayer with positions 1 thru 4 scattered on the outer edges (corners). Map is made of Taros and Veruna tilesets, with deep seas around the outer edges and shallow passable rivers at the "confluence". Mission is found under arm missions, and is entitled "confluence". It's slower paced that the author's usual mission scripting, but will eventually lob nukes at you, and the mission can take a fair amount of time to complete. For complete details check out the html readme, and the mission briefing in-game. This map requires TA_Features_2009 to load correctly. 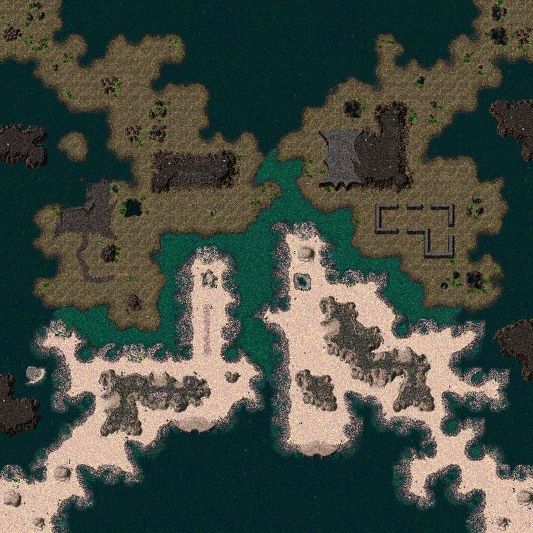