Fast, Addictive gameplay with a very simple concept. Survive. The game is currently in development however playable builds are available at the homepage of this project. If you would like to know more about it please get in touch with us.

Post news RSS TONE - We're not even in Alpha but its out!

What is TONE? Where you can play it and what we are doing next. 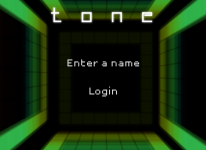 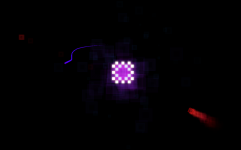 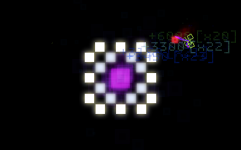 TONE was born out of the August 2012 Ludum Dare 48 hour competition and was developed over 24 hours. This rough and early prototype attracted quite a number of plays and I was quite happy with it. After talking to Roberta we decided to work together to create a fully fledged game with a better art-style, integrated music based gameplay and a bunch of content.

The prototype has progressed quite a bit from the original demo, the interface has had a facelift, we now have a main menu and the enemies are more than just a cube. This design will be overhauled constantly until we feel the game is in a perfect shape but all the while we will be publicly posting the latest builds online to get feedback from the community.

Where can I play?

The latest builds are hosted online in a Unity Webplayer format, we will be adding Mac and Windows builds after a set number of iterations (or when we feel it could be of use), but for now the web build will always been at the bleeding edge of development. Please bare in mind this is still not even in Alpha, we are just letting people see the development process throughout.