Sam Fisher, world's greatest stealth operative is called in again by Third Echelon to rescue hostages in a United States Embassy in East Timor. They are being held by Suhadi Sadono, leader of the Indonesian militia organization Darah Dan Doa. Although Sadono is able to evade capture during Fisher's Embassy operation, Fisher is able to gather intel on Sadono's terrorist plan "Pandora Tomorrow." Third Echelon discovers that Sadono has hidden biological bombs equipped with smallpox throughout the United States that will detonate if Sadono is killed or detained. Because of the sensitive nature of this operation, Fisher has to infiltrate various Darah Dan Doa strongholds to interrogate other leaders of the organization, and intercept phone calls placed by Sadono to learn the locations of the bombs. 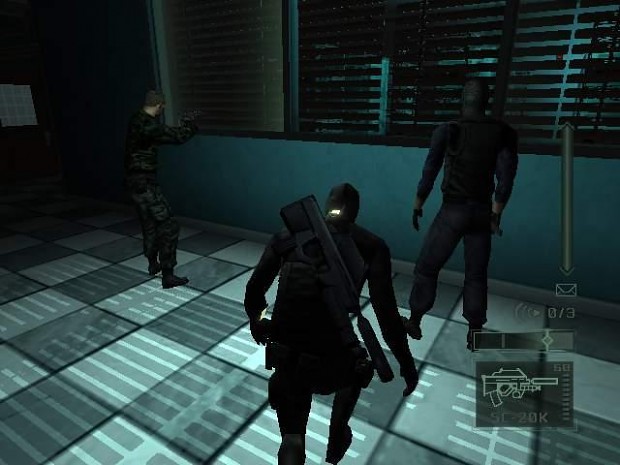