Today we wanna give you a short story about our Tiny hero.

Cheers fellow indie friends, today we wanna give you a short story about our Tiny hero … who nearly got killed, even several times in the production process. So here we go.

The first image, we have for you shows Tiny in a very early state of development, probably he even had no name. The basic idea for Tiny was given by Mr. Stamms created figures called “The Coalmanikins”. And in the early beginnings, the character didn’t only look like a briquette, the game controls also feels like a piece of charcoal. 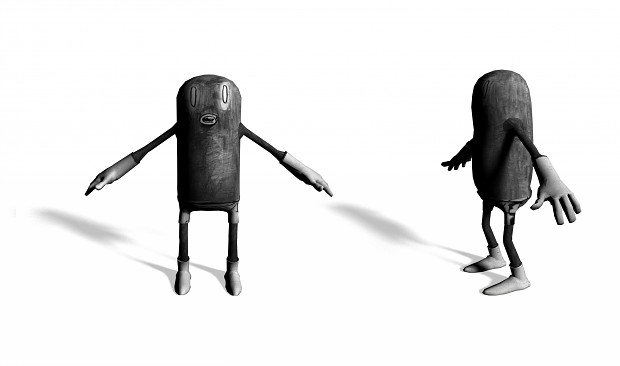 At this time our main character feels still a bit naked and we thought about some wearing stuff. So Mr. Trunk waves his magical drawing wand and shaped the coal into a teeny tiny nerdy hero with a small potbelly. 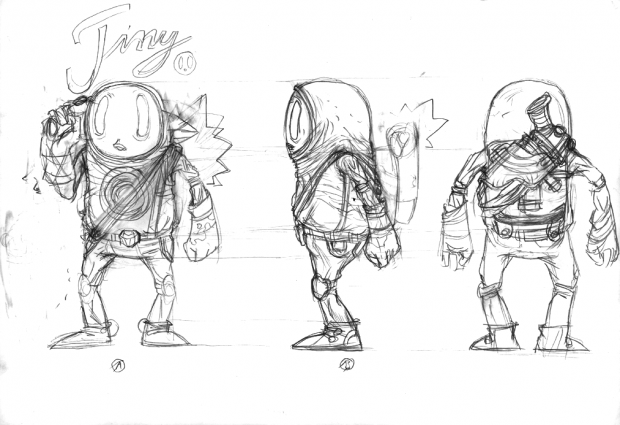 Equipped with this blueprints in the pockets, we created a new 3D model of our hero and make first tests how the world of Tiny and Big should look like. The Environment style changed a few times from a giant tree with crystal fruits over a volcanic setting finally ended up in the today known desert. 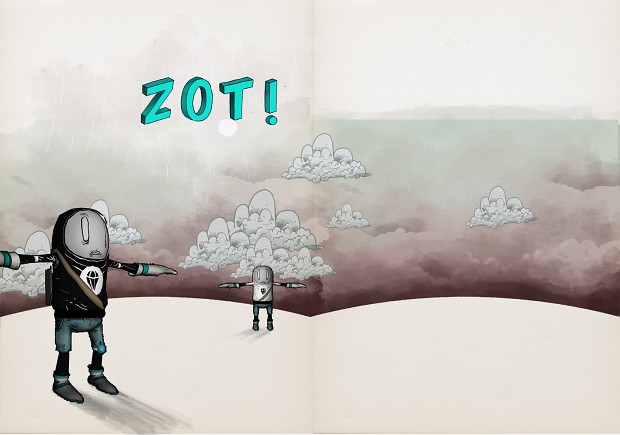 One of our first concept ideas was that Tiny and Big actually should be friends and the player must switch between them to solve puzzles. But this idea fizzled out and big transformed into Tiny’s nemesis. Then we recognized, that Tiny alone in a desert may be a bit boring for the player and we thought about another little fellow for him. Mr. Stamm came up with the great idea that Tiny, our technophile guy, could build his only friend by his own hands. This was the birthday of Tinys comfortable to wear and back-warming friend “The Rucksack”. 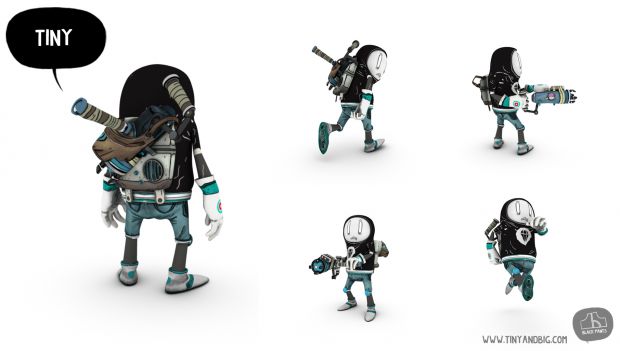 But there was still one thing missing, which give Tiny a last final tuning … GOGGLES! Let’s take a look at the draft. 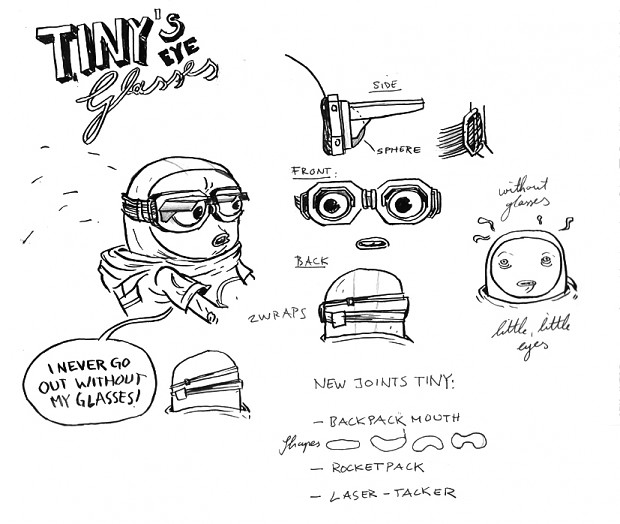 Goggles are such an amazing thing. The big animated eyeballs in front of the goggles gives life to it and it feels like an individual being.

At least we got a final hero. And now, after more than one year of development, even Tinys game controls are much better. 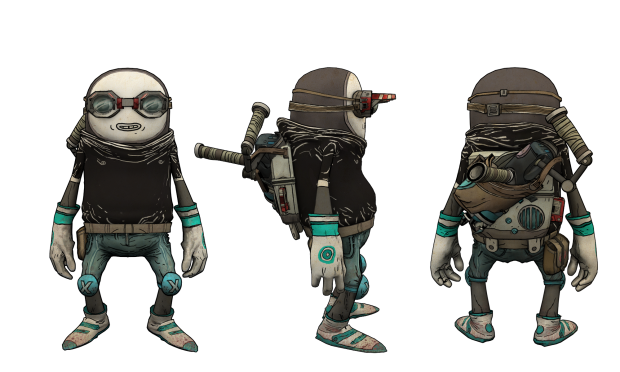 We hope that we could give you a few interesting Tiny insights with this article and wish you all a great pre-Christmas session.

Regards from the Black Pants headquarter! Feel free to vote for Tiny and Big in the Indie of the year 2011 competition.

The visuals for this are actually amazing.

i love the art style in this game!