We've prepared a series of articles "The guys behind Tiny and Big" to introduce you the core team of Black Pants that is working on Tiny and Big. The first one is about our comic artist Sebastian Stamm.

we've prepared a series of articles "The guys behind Tiny and Big" to introduce you the core team of Black Pants that is working on Tiny and Big. Todays focus is on our comic artist Sebastian Stamm.

Sebastian is an illustrator and animator, born in the deep dark forests of Frankonia.
At Black Pants Studio, he is the one who makes all the artworks, graphics and textures.
He is the one behind the witty character- and storydesign. In addition to working on Tiny and Big, he is finishing his illustration graduation, as he's still studying at the school of Art and Design in Kassel, Germany.

He lives in a small apartment on the fourth floor of an old house with his gal Julia. He enjoys fine cookery as well as canned meat. His main passion is reading comic books, which made him amass a huge mountain picture books by different authors. He is mostly interested in indie comics and likes Rob Schrab, Geoff Darrow, Dave Cooper, Warren Ellis, Bill Wray and stuff like that. As an old console afficionado, he's gathering and restoring old video game consoles from time to time. Under his couch, you can find some gems like a C64, ataris, a odyssey 2001, a donkey kong micro vs. system, and some more electric waste. 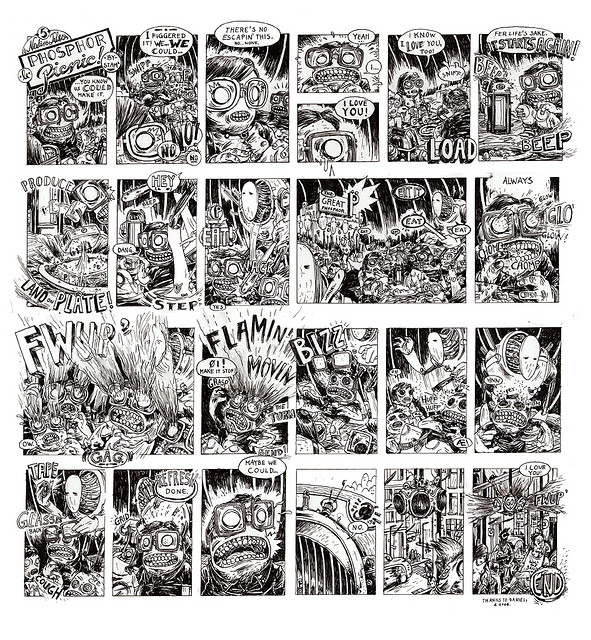 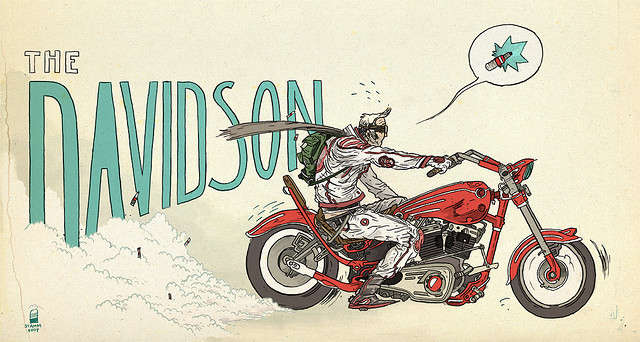 You can see some of his works here:
The-stamm.com

In the next issue of "The guys behind Tiny and Big" we'll introduce to you Mr. Johannes Spohr, C++ warlock and engine guru.

Regards from the Black Pants headquarter! Feel free to vote for Tiny and Big in the Indie of the year 2011 competition.

Very retro-meets-modern. Have you got a Deviant Art page? (Also guys, I've found my one drawing of fan art, but my scanner has been giving me hell the past few days, so I'll e-mail as soon as I can).

not yet, right now i only got my stuff on flickr. and fan art's back! hoping the demons will leave the scanner soon!

thanks! nodding and bowing.