The Tower of Worth

The Tower was there sometime.

With all the worth and reputation.

To reach the higher of the tower

Have to prove worth.

You become one of numerous challengers and climb the tower.

Your ego change its trait by your action and decision.

Each trait have its own special ability that affect your game play.

Most of ego need to unlock by specific condition and

Once unlocked, The unlocked Ego will be applied to next game too.

Unlock Ego with various actions and become a stronger challenger!

In your hand, you only have inherited weapon.

Each weapon have 4 special skill and

With these skills, you have to deal with the numerous threats of the tower.

If you're lucky, you can choose in some weapons.

Or even you can't have nothing to choose.

Sometime in Tower, you might have to make a determination.

Determination have to pay the price.

Think cautiously and make the most worthy determination.

For protect their place,for drag you down,All others will disturb you.

They'll all try to take you down using their own strategies.

Understand the enemy and make a solution.

As you climb the tower, your worth keep changing.

Prove the best worth with more perfect and reasonable action.

The tower will respect your worth.

Last Chapter After Releasing And now…

My Game was Failed :D

Steam was much Intense and harsh than I expect.

There were some streamers and reporters who asked for the CD key before the launch, but they didn't even come out when they searched!

In fact, there were fewer than 30 people who bought the game, and the only person who wrote the review was the one who I gave the CD key. Thank you for your positive review.

And I knew that the review that from CDkey was not recorded in the evaluation figures.

I don’t want to know this.

Steam's new launch page is not visible from Main page and has quickly disappeared among countless other launch games. It was like the first time I put a Demo on the ITCH!

I spent a year and a half on this game.

I create all of game factor by my own hands.

Even though it's not a huge hit, I hoped it would be a minor but exciting and fun game to at least someone.

My expectations were shattered.

It looks like my one and half years was vanished uselessly and look like nothing left before.

When I was grieving in deep frustration and emptiness, there was only one discussion in the steam community.

it said it would be good if I added a description of the skills.

Just Less than 30 people bought it?

Even in this game, 30 people were interested and decided to buy it!

Maybe it's a better idea to give it up here and turn it off, find a different way or think about a new game.

Nevertheless, There are someone who said this game is fun.

I decide to Try one more time harder again.

- Analysis of the current situation

I decided to burn the will, but I needed a way to do that, and I had to find.

First, I needed to analysis the current situation of the Tower of Worth. 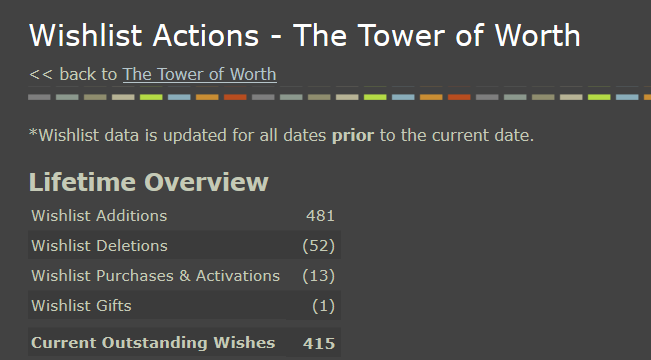 I found one weird part of my current game in Steam About 3-400 people put the game on the wish list!

There was hope that there might be some people who were interested but were still ambiguous to buy.

The Steam Work shows play time statistics for the players who played the game.

And this shows that most players don't play for more than 30 minutes.

- Weak point of The Tower of Worth

The Tower of Worth is a rogueike game that starts from beginning once it's dead.

And the essential thing about all the roguelike games is that every play have a new experience.

I decided to unlock new contents one by one on every time start new game.

By adjusting balance of gameplay and adding new contents, I realized how my game was imperfected.

Like I said before, I’m not good at marketing.

But after seeing what happened to the game that was released without any marketing, I couldn't let it go any longer.

I am One man Dev and I need to make marketing by myself.

I've decided to do the best I can right now.

I plan to make postmortem and share my game’s story. (yes,this Is it!)

And I decided to be more active in sending CD keys of my game to various streamers.

- The Tower of Worth 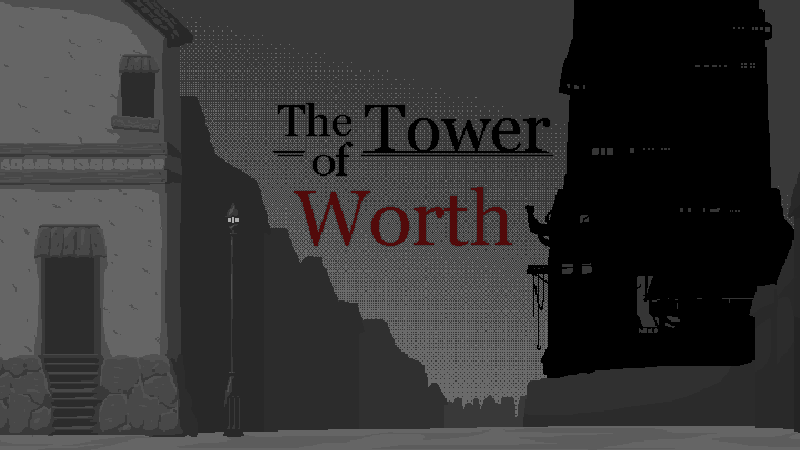 It's a game bought by less than 30 people, and I don't know if it's going to work

Eventually, the game might fail and remain a game that no one cares about, and the two years of hard work might go to waste.

I wanted to do everything I could without regret. Some people said it was worth playing in this game, and some people bought it and enjoyed it for a long time, even though they didn't say anything.

Recently, New Update of The Tower of Worth is released.

This is The PostMotem on the game development of two years by a single developer.

And a advertisement about new update. :)

Thank you for reading the long article so far.

[Postmotem about One-man-dev steam releasing– The Tower of Worth] chapter.3

(chapter.3)This is Postmotem about The Tower of Worth! Summary of what I've been going through for game development about two years alone and my personal...

Finally, The Tower of Worth 2.0 Update is coming!

[Postmotem about One-man-dev steam releasing– The Tower of Worth] chapter.2

(chapter.2)This is Postmotem about The Tower of Worth! Summary of what I've been going through for game development about two years alone and my personal...

[Postmotem about One-man-dev steam releasing– The Tower of Worth] chapter.1

This is Postmotem about The Tower of Worth! Summary of what I've been going through for game development about two years alone and my personal thoughts.

TheTower of Worth (0.5 final demo)

The tower of worth is Ego changing roguelike action game. Whenever you start game, you get a random ego and it change during a progressing game by your...

Indie
Tags
Embed Buttons
Link to The Tower of Worth by selecting a button and using the embed code provided more...