Game is fast paced arena brawler. In game player has to reach switches to activate hazards that can kill opponent. These hazards change from one arena to another as do some of the game’s mechanics. To reach objectives and to prevent opponent from reaching them the player can hit and shoot opponent. These effects do not harm, but hinder opponent. In addition to different game modes the game offers handicap system to smooth the balance between players and to make it fun for everyone.

For a long time there has not been updates, but that does not mean we buried the project. Quite the opposite! We launched the game on Greenlight this week and you can vote it from here. Underneath you can see the Greenlight trailer. We also used ALOT of time to put finishing touches on our first arena gameplay and you can now try it on Kongregate.

In addition to finishing the first arena we have basicly finished the second one and third and fourth are coming along very nicely. You have seen some pictures of the second arena already, but here is one from the finished version. You can see one of the hazards, a drone fyer has shot a miniature nuke and red Chubtan didn't make it out of the way on time. 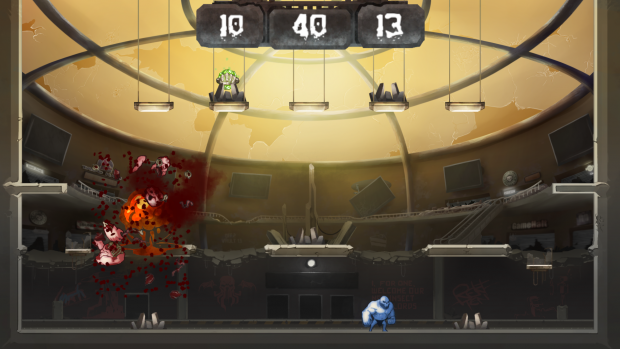 What does the future hold you ask? Well at the moment we are focusing on getting the local multiplayer in working order for all four arenas with hopes of publishing the game in Steam once they are finished. Then if there is enough interest we will finish already started code for online multiplayer and add that in as an update (free update that is). What can I say, but to go and vote for us or these guys will be angry. 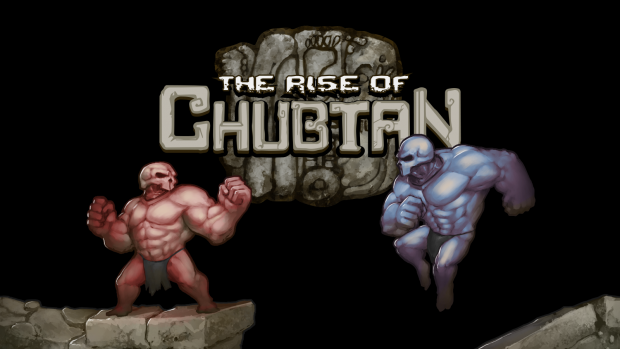 The second level is closing its final stage and while you have to wait a bit more to see it, I can present you some of our new plans of the third level.

We have made some progress on our second arena and finished some cool stuff, like logo and "draw"-game over screen.

We have made progress on several areas since last update. Arena 2 is beginning to take shape and hazards are getting done. The game screens are soon finished...

Update 2 - Towards the Second Arena

We are almost done with the first arena, and most of the group are starting on the second arena now. some are still finishing the first one or doing some...

Indie
Tags
Embed Buttons
Link to The Rise of Chubtan by selecting a button and using the embed code provided more...