The Provinces Of Midland - Argskin

Argskin is a third person Adventure/Role-playing game playing in a medieval world. However, Argskin doesn’t contain a fighting system; therefore it can also be seen as a role-playing-adventure mixture. The project started as a final student paper project, and was later continued as a leisure time project with a development time over 2 years. The story: After some time of travelling, you return to your home town Deloras. It doesn’t take long to realise that there is something wrong. You hear strange rumours about a mysterious ship. But when you try to find out more about it, you meet some obstacles. The royal guard has obtained control of the harbour. So you have to complete tasks for the citizens to get a higher popularity and to get access to the harbour. Argskin features a lovely detailed harbour town, humorous and different Quests, more than 70 intractable NPCs and an average playtime of 5-6 hours. Available in German and English! 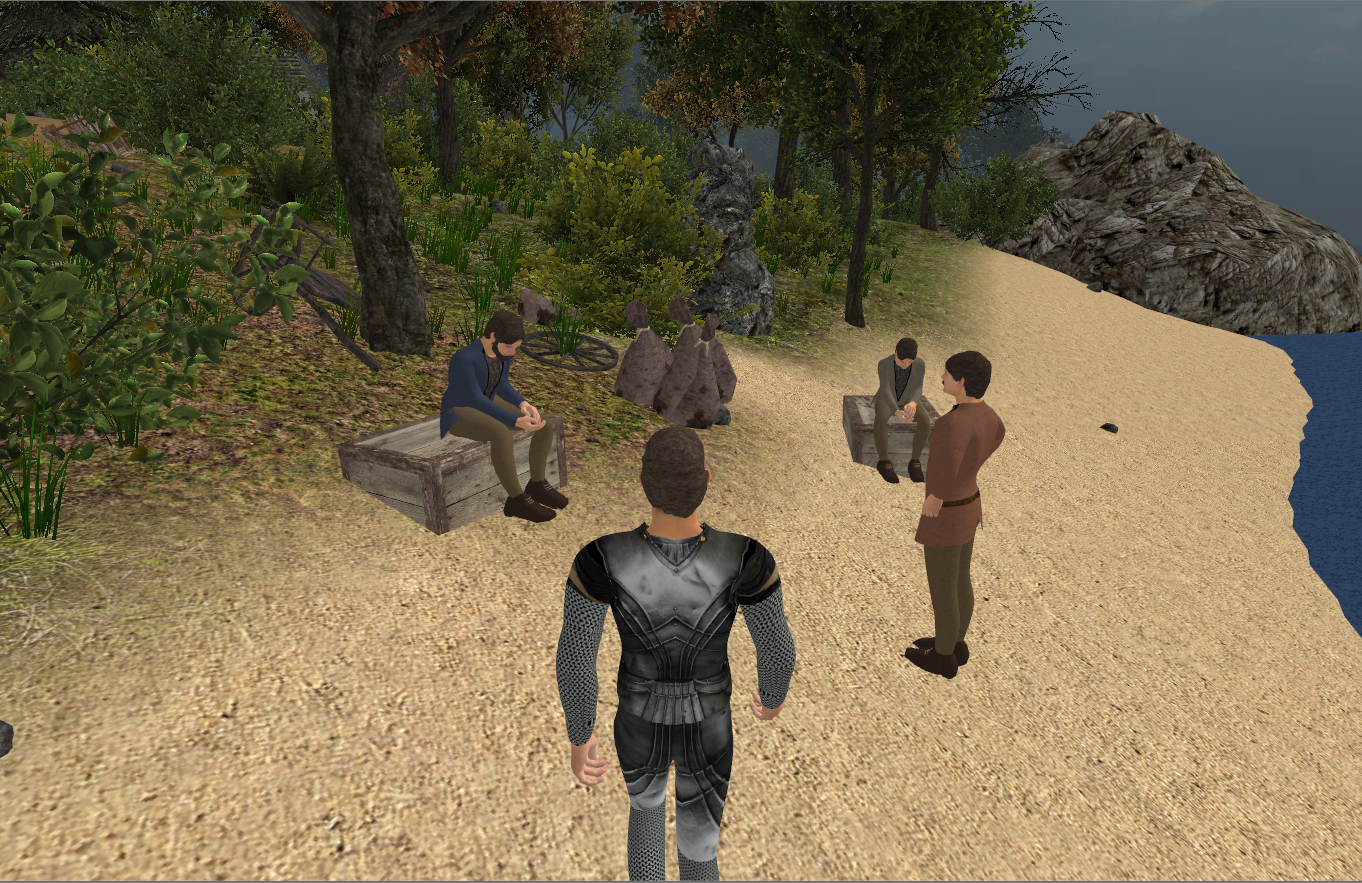 The Provinces of Midland - Argskin released on Desura!

The game is from now on officially available on the digital distribution platform Desura , in English and German.

Stay ready and prepare for the public release of “The provinces of Midland - Argskin” in September 2013!

Yet only the German version of the game is available. However, the translation is in progress!

Needs voice acting (easy to acquire, just go to some anime forums or like deviant art), it needs better animating on the characters and the models need to be better. (this isn't 2001.)

It also needs a combat system. There's no way this game can be much fun without one. The player is never in any danger and there's no threat, there's nothing to get excited by.

You need to understand that there's no need to move the camera around so much, there's no reason for it.

That said, I like the concept - I just don't think this is the fleshed out concept. If you continue to work on this, it could very well be something. But as it is right now, it looks like a tech demo at best.

Is there a way to set resoultion? On my 1366x768 laptop, there is severe overscan to the point that menu items are beyond the edge of the screen. Is there a commnand line switch to set resolution?

There is a file in the game folder called settings.ini . Just open it with a text editor and you can change the resolution manually. If this doesn't help please write me again!

This looks pretty interesting. As an ancient gamer (since 1972), I most defintely approve. True role-playing isn't all about combat and loot (see The Guild series or some classic adventure games that have RP elements)...

So no combat? That's like playing skyrim for the graphics, without fighting. Wouldn't think the game would be that fun.

Wow. Reminds me of Gothic and Gothic 2. Oh the good ol' days

looks amazing so far, can't wait for it to be translated

Tags
Embed Buttons
Link to The Provinces Of Midland - Argskin by selecting a button and using the embed code provided more...