The Protectors is a stand-alone mod of the game Warlords Battlecry 3 (i.e. it can be run without having the original game installed - 100% free full game). It is an improved RTS/RPG game with new campaigns, quests, terrain, units, items, heroes, modding features and more. Beta versions available for download!

This patch unlocks original units for production as well as balancing stats, costs and spells. New features such as the spell timer, the cross-reference system, the AI hero items and modular music were implemented. For the latter, The Protectors Original Soundtrack was released. A lot of effort was put in increasing the overall quality of sound effects. Graphical-wise, version 0.8.4 brings new terrain, new loading screens and corrected unit animations. The AI no longer picks on the human side even on higher levels, their heroes survive longer and they use spells more tactically. New classes and skills were added and existing ones tweaked. The perks system got reworked and added to AI heroes as well. Text strings were corrected and externalized for translated versions. Annoying bugs such as the AI not producing units in late game were fixed. The full list of changes can be found in the changelog provided. 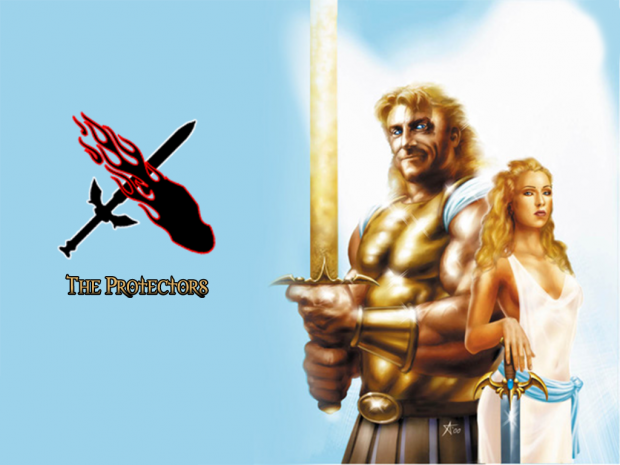 Menus are ALWAYS 800x600, so the change of options is only triggered when entering battle.

Am I the only one who gets forced to create a new hero everytime despite having some created already everytime I try to start a skirmish or campaign? It worked okay in 083, but 084 just doesn't save my characters.
EDIT: Oh, okay, I only just noticed the warning about the need to delete an old version first.

You should always check the forums when having issues. Chances are the problem was already dealt with: The-protectors.forumstopic.com

There is a problem. The game frize on my friends computer when i try to connect in LAN multiplayer.

When playing multiplayer, always exit the game before a match connection (even a failed one). This is a bug that we are trying to fix for quite some time now.

I was a great fan of the original game. Will always remember the endless sessions against my father! After many years away I was just checking on new chapters of this glorious title and found this. Download. Great work guys! I'm so happy to meet such a thriving community after all these years! Love you all. Can't wait to check this out. Thank you! (Any suggestions where to find other players?)

You can try The Protectors forum: The-protectors.forumstopic.com and/or infinite interactive forum: Infinite-interactive.com

Also you should download the hotfix 0.8.4a as it fixes a critical burn bug. Next version comes this season and it will have many many many old bug fixes, so you might want to wait for that? It will also have a new chapter unlocked so keep checking for updates from time to time. The Protectors mod is in active development.

Where is part 2? I can't to do instalation, because in during statement pup up "insert part 2" . I need your help

You probably need to have both .cab files in the same place as the installer. Part 2 is the second .cab file.