The Hunter of Falkenberg

The Hunter of Falkenberg is an action-RPG with a thrilling story in a beautiful retro-pixel-art-graphicstyle. Experience a whole new fascinating fantasy-universe. Make important and fateful decisions which don't only influence the world but also the development of the characters. You're playing the Hunter Sigurd of Falkenberg in The Hunter of Falkenberg, the son of a noble. Travel through forests, swamps, villages, castles and towns.

Play a member of the royal Hunters guild which is a specialised elite-troop that excels in the art of fighting monsters of all kinds. Learn magical spells, improve your gear through quests and the interaction with characters and the world around you. The royal Hunters guild was born when Balticos was invaded by monstes 250 years ago.

- Fight as full-fledged Hunter and improve your character, magical abilities and gear.
- Hunt and fight various monsters
- Decide if Sigurd walks the way of virtue or pragmatism.

SLEIPNIR DREAMWARE is a newly formed indie studio from Germany. To discuss The Hunter of Falkenberg and for more information on their upcoming games, you can join their discord at Discord.gg

Newsletter: From A to Z, from Alpha to Omega

Two weeks are for some a long and for others a short time. But they are over now and therefore we want to share the general newsletter from Sleipnirdreamware.

Hunter of the lost Alpha-Ark!

The past two weeks were all about the alpha-test of our 16 bit retro game “The Hunter of Falkenberg” . Everything? No! A small village…

Simple fixes like grammar or spelling mistakes were rather easy things that we were able to fix without a lot of effort. But when you can walk on trees or game objects in the world and our coder Mr. Fu needs three hours to fix it, it's not an easy fix. 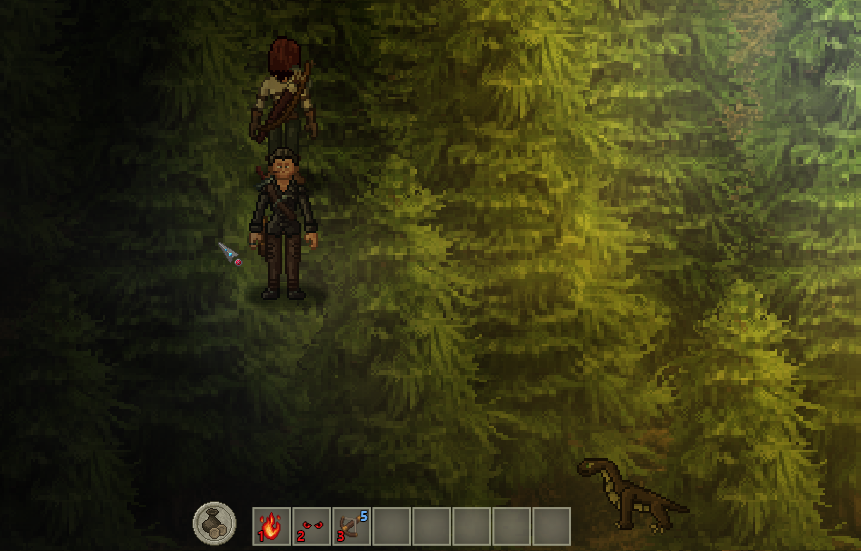 Over the trees! Here is endless freedom!

When we asked him where the problem was, we received the following answer:

“I have no idea. I looked for the reason for the sprites. Found it, removed a line of code. Since then it works.”

We also will find out the reason for the double sprites. You're not drunk, we can assure you! 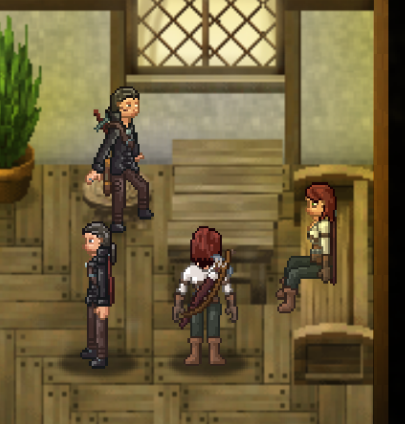 Good thing about those processes is that we're growing as a team and keep improving. We're learning the systems better and learning more about the code and then those funny pictures result which we can tweet and post about.

Our good “The Hunter of Falkenberg” excels – among other things – for its great 16 bit retro look. Responsible for those mostly pixel-like characters and its animations is our good-evil pixeldemon Rasak. About time that we get him here to answer a few important questions.

Hi Rasak! Who are you in real life?

Hey! I'm Nick, a little German pixel-artist and game-dev at the best age of 26 years, star-sign gemini and I don't even know my blood type. I don't think I'm exciting enough to find any more things to say about me.

How did you get into pixelart? Why do you like it?

I have always been creative, possibly influenced by my elder brother and loved games. So the idea to create games on my own wasn't far-fetched. I guess it's the dream of many gamers. The engine I picked for myself came with it's own graphic presets. But who wants to use standard stuff? So I started to replace those graphics. At the start it was not so… good but in time with some exercising and experience it got better. What do I like about pixeling? Hm.. Probably just creating things. Several graphics that make a world full of stories. And in the end I can say: “Look what I did!”

How did you get into Sleipnir Dreamware? What were your own gamedev-experiences?

Brace yourself for the epic story how Sleipnir recruited me:
I was asked and said yes. Yes, it was that exciting! Before that I created some graphics for Kevin (MagicalSpaceWizard) for his game “Song of Calamity” and edited some and one day he came and asked if I would want to do games together with him and André (Boandlkramer) with the ultimate goal to do it commercially eventually. And who says no when you can turn your hobby into your job?

How did your “Pixelart creating” develop over time? What changed compared to earlier?

Of course some things have changed. Slowly but steadily. I don't even notice anymore but when I look at old pixel-art from me a year afterwards I just think: “What the heck did you do there…?
When I started I didn't even pixel but painted pixel-like. I had no experience with pixel-art, so I just painted. And I tried that in “small”. It went pretty fast. And I can't show anybody because it would be embarrassing!

What is your favourite pixel animation that you created for the Hunter?

Puh, I would need to look how much I actually created there. Is it cheating when I just pick the whole tavern “Forgotten Heroes”? There are so many different pieces in there that are one of the most beautiful rooms together where things happen in every corner. Different personas and characters… I could look at the screen the whole day.

What are your biggest inspirations when it comes to pixel-art? Do you have role-models?

How long does it take to create a new pixel-character including movement? How long do you need to debug the movement?

If it's only about a character standing and moving in 8 directions, then around eight hours. Of course depending how detailed and it needs to be. (And how motivated I am, but don't tell anybody!)

Thank you for your time dear Rasak! Check out his assets HERE!

There isn't anything going on besides the internal alpha test? Oh, there is! In “Song of Calamity” happened a bit too in the background. The community said, that there aren't enough male characters in the game. And what does a good developer do, when he hears that? Right! Do something about it of course! And as a strong WIP we present that new, cool dude: 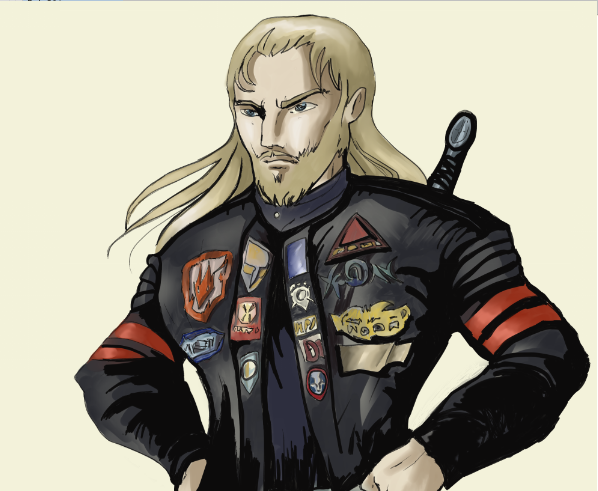 Doesn't he look badass with his fancy biker-jacket? What kind of symbols are that? The signs of his defeated enemies? What is that on his back? Stay put for the next update and newsletter!

Once upon a time in Jam Land!

Pixel-master Rasak took part in a little game jam in the past weeks in a German RPG Maker Forums.

With Kuchisake Nighttrain he created a horror game that is based on a japanese fairy tale, with a very special atmosphere..

Daydreams of a writer

That shall be it for the past two weeks. The title-picture of today is from a past trivia tuesday about the earl of Bear Hollow. Check out the video on our youtube channel or click HERE!

This sunday (05.09.2021) we're going to stream exclusive on our discord-server first alpha-ingame-footage from The Hunter of Falkenberg. Stay put at 6...

FIRST IndieDB article from sleipnirdreamware incoming! Check the latest stuff of our projects "The Hunter of Falkenberg", "Song of Calamity", "Rite of...

Indie
Twitter
Tags
Embed Buttons
Link to The Hunter of Falkenberg by selecting a button and using the embed code provided more...