The Fortress is a tale about your experiences as Jack in the afterlife as he meets an amusing group of people and figures out how to survive in an environment with much more hostility than meets the eye.

Thanks for voting and helping The Fortress on it's quest to become the 2022 Indie of the Year. You are now in with a chance to score some free games. Help this game secure more votes by embedding the widget (or link) we have included below on your favorite sites. 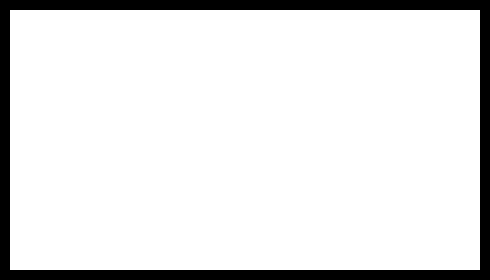 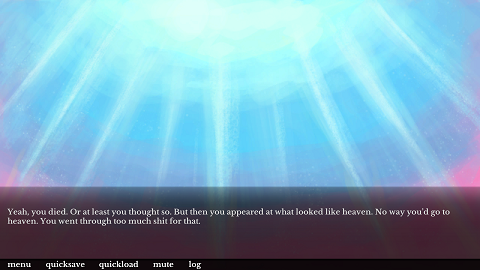 The Fortress is a tale about your experiences as Jack in the afterlife, meeting an amusing group of people and figuring out how to survive in an environment with much more hostility than meets the eye. 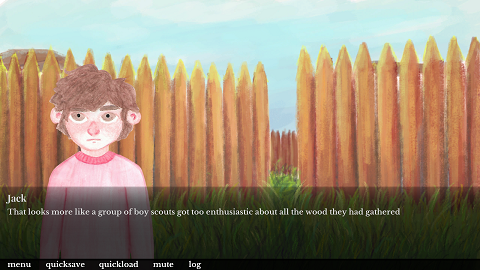 It’s hard to tell how you ended up in this situation. After waking up in a forest without a clue on how you got there, you’re taken to what looks like a slightly too guarded camping ground. The people here are quite nice and apparently want to help you, but your common sense suffers with each passing second. 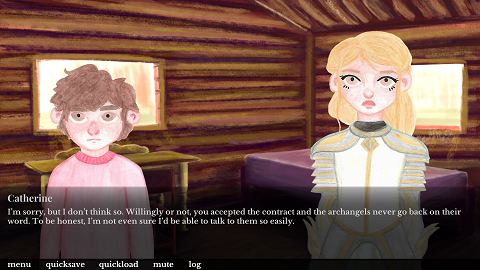 Everything seems rather weird and all this talk about archangels, war and life after death certainly isn’t helping very much. Perhaps it would be best to try your luck somewhere else. Unless, of course, those stories about the “wilderness of chaos” and the “army of darkness” aren’t as fake as they appear to be. But then again, the forest seems considerably safe... 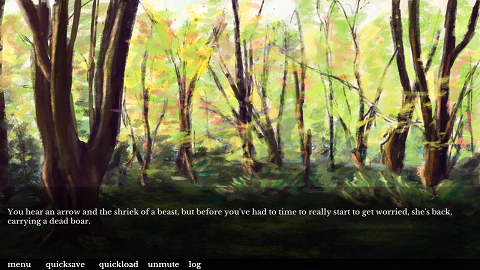 This game was developed for NaNoRenO 2018, a Visual Novel gamedev jam. Although it is a visual novel at heart, we expect to add an RPG/RTS aspect to it. Unfortunately, we joined ten days into the jam, so the current release is rather rushed. The game is still in active development, and we should have a nice update in a week or two. 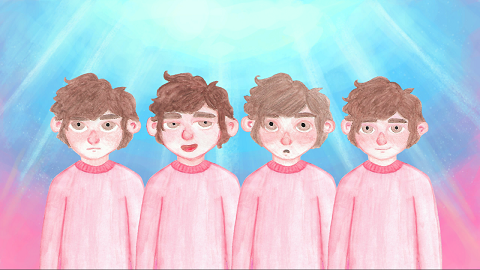 We're currently working on improving the interface, adding more variety to the character art(main character, for instance, should currently have seven expressions, but only has four) and prototyping the battle part of the game, besides further developing the story, of course. 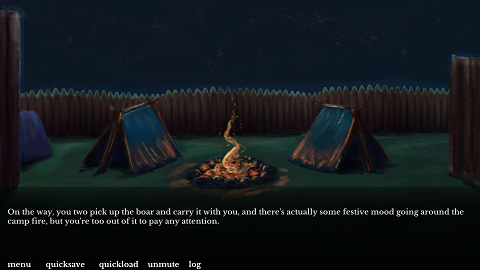 As a small team, your feedback is extremely important to us. We would love to know what you think of the game and what you feel could be done to make it a better experience. We have a Discord server setup at Discord.gg and a STOMT page at Stomt.com. Check the former if you want to talk to us, and the latter if you just want to give a quick opinion on the game.

We hope you like what we have created so far and anticipate your participation as we shape The Fortress into the awesome game it deserves to be.

Indie
Twitter
Tags
Embed Buttons
Link to The Fortress by selecting a button and using the embed code provided more...

6Quest - The Choice Is Yours Visual Novel