Places you in the seat of a Rover Operator, allowing you to control the various, fully simulated mobile Rovers and stationary Landers. With this scientific arsenal at your disposal, you will work your way through the numerous Science Missions in each location, unlocking the secrets of Mars' distant past.“Explore the scarred face of another world. Journey through rocky terrain and sandy wastes, pushing your vehicles to the max in this new installment to the Take On series.”

The most notable features in Take On Mars include:

Last, but certainly not least, Take On Mars will be heavily aimed at modability, allowing users to create and share their own custom content, including scenarios, vehicles, and locations. Everything in the game is modifiable.

Take On Mars Launches Next Month With Story Campaign

In a press release, Bohemia Interactive has announced that Take On Mars will release on February 9th this year. Not only will the game will graduate from Steam Early Access, but it will include a brand new singleplayer story campaign to accompany the existing multiplayer sandbox mode.

This story campaign involves surviving the first manned mission to Mars – fans of The Martian book and film adaptation may find the setup familiar.

“Here, you take on the role of astronaut Mark Willis, one of the crew members in the first manned mission to Mars. Launched from Earth in 2028, the mission reaches Mars orbit a year later. However, during the descent into Mars' atmosphere, things go wrong, and connection to Earth is lost. When contact cannot be re-established, the crew is declared MIA. Yet there is one survivor: you.

Marooned on Mars, Mark’s first priority is to survive. This means managing resources such as oxygen, water, and food, and creating shelter from Mars’ unforgiving sandstorms and solar events. By relying on a background as a botanist and engineer, players will have to extract raw materials from the Martian soil, refine them into real compounds, and make use of a 3D printer to construct the equipment and machines needed for a chance to return home.” 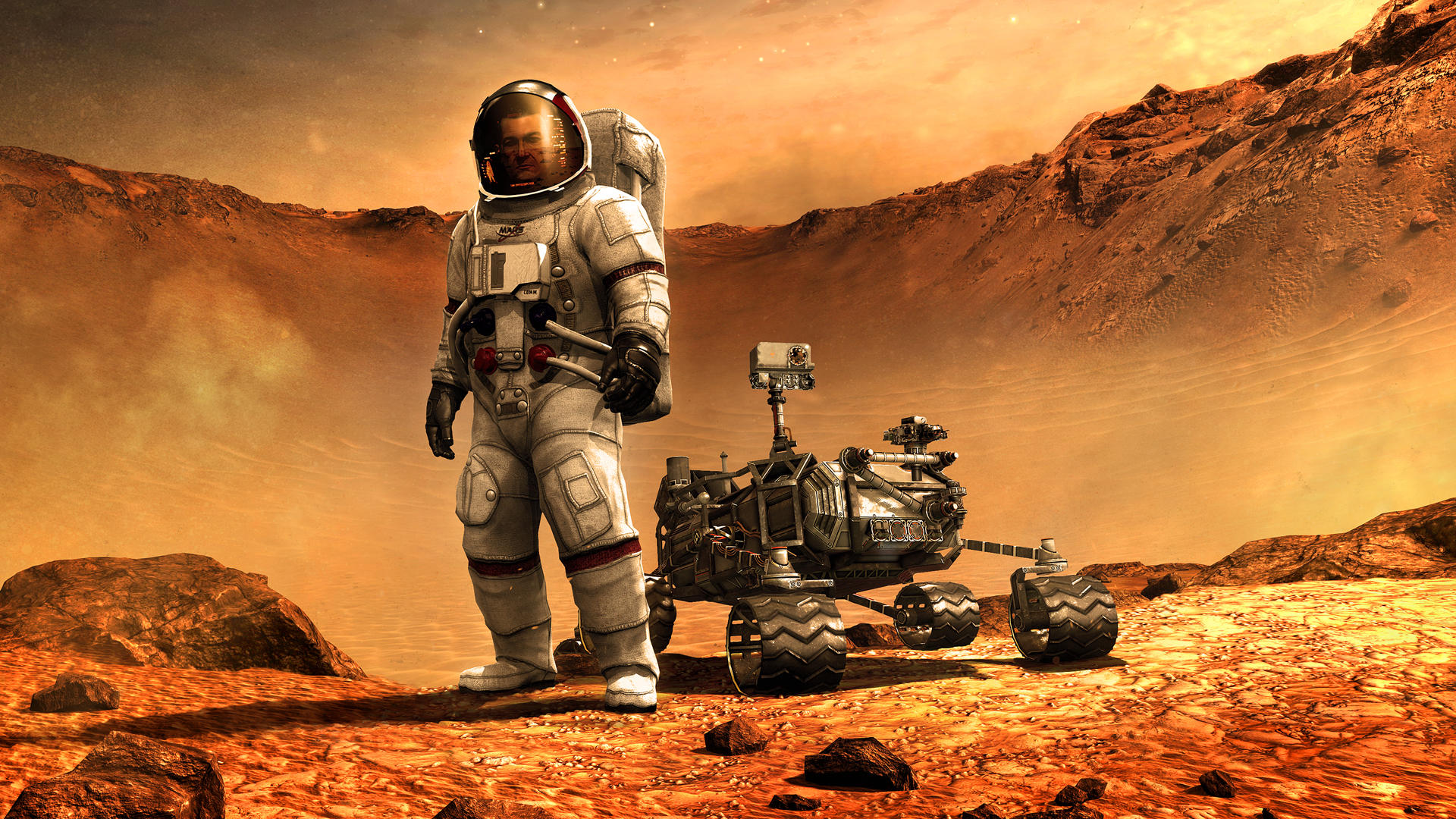 Take On Mars is a survival game that tasks players with exploring the Red Planet and establishing a base of operations. A significant focus is placed on operating vehicles, such as Mars Rovers, lander modules, and scientific probes. These are used to gather data which in turns helps players establish the first Mars colony – which introduces resource management elements and base building.

Take On Mars has been available in Steam Early Access since August 2013, with a number of updates addressing multiplayer functionality, bugs, and increasing polish. The game also ships with full mod support, using the included Workbench editing suite which Bohemia says can be used to create “new terrains, addons and total modifications”. 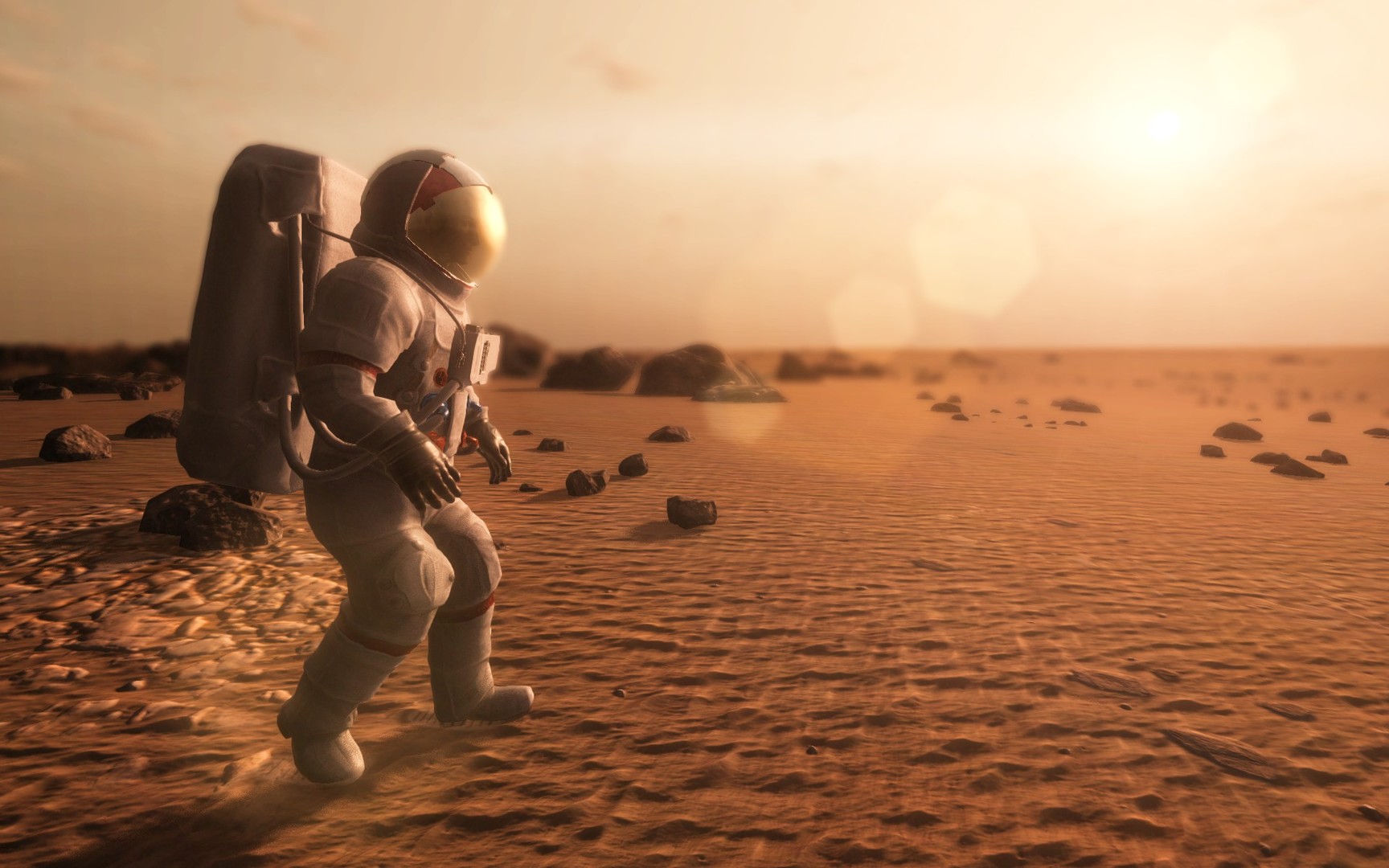 Hopefully the devs will go the No Man's Sky route... I really hope that this game will get fixed.

I'm hoping to see plenty of Mods for this title, Rovers, Basses, Craft, the list could go on, just hope people like it enough to develop mods.

so lets try a other way and work the game new

How drunk were you when you wrote this?

Don't be fooled by the fancy screenshots, this game has severe issues with bugs, glitches and poor optimization, since I got it about a year or two ago few of these problems have been fixed, I really want this game to be good but in the current state I cannot recommend it.

Hmm interesting the first game of it's kind

Twitter
Tags
Embed Buttons
Link to Take On Mars by selecting a button and using the embed code provided more...