SYNTH is a new alternative video game for a high-end MS windows PC's. SYNTH was designed and developed by Rhys Paul Hovey. In it's current version (1.666) it has been over two years in the making. SYNTH is 100% mathematically / proceedurally generated. This means that for all of SYNTH's graphics and levels, there is a mathematical function or process from which it was made, making it a very difficult game to program, and in the end quite scalable and unusual. Typically the graphics in a video game are "modeled" by artists with mouse and pen-like touch pads. Everything in SYNTH has a mathematical / algorithmic representation. 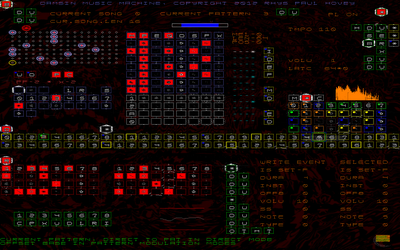