Includes seven new missions featuring the fictional Stetchkov crime family. VoIP capability has been added to multiplayer games, there are seven new missions, two new multiplayer modes, seven new weapons, players may strike suspects or hostages with their weapon to prompt compliance, which has the same effect as a non-lethal weapon, suspects will now pick up their weapons if they are not swiftly arrested, 10 player co-op with up to two teams of five, stat tracking, ladders and rankings for multiplayer, orders can be held in single player until the leader gives the go command and an option to have only one person issue commands and lead the team.

A common annoyance for players in the TSS version has been duplicate map names in server setup and voting list. It turns out, this can be fixed by placing special .int files in ContentExpansion\System directory, while the original map files still remain compatible with servers. 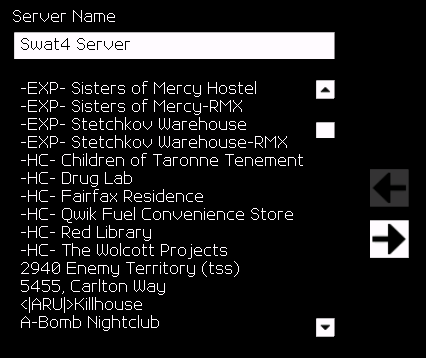