A huge open-world game where you have the freedom to play how you want - but your choices have consequences. You've survived the zombie apocalypse by living in a bunker for a year and now it's time to venture out. Scavenge for supplies, find other survivors, trade or fight with them, form relationships and build a community. Go on quests, face moral dilemmas, and uncover dark, terrible secrets!

"I have to say I love this game (5/5)" - theindiemine.com
"incredibly well-crafted (4.5/5)" - indiegamereviewer.com
"one of the most impressive XBLIGs ever produced" - thexblig.com

It's alive.. it's alive! I've finally made the online co-op patch (which has been available in a beta-testing version for the last six months) live in the main branch on Steam!

Besides online co-op I added a few other often-requested features, and fixed some bugs that were reported. Here's the change log: 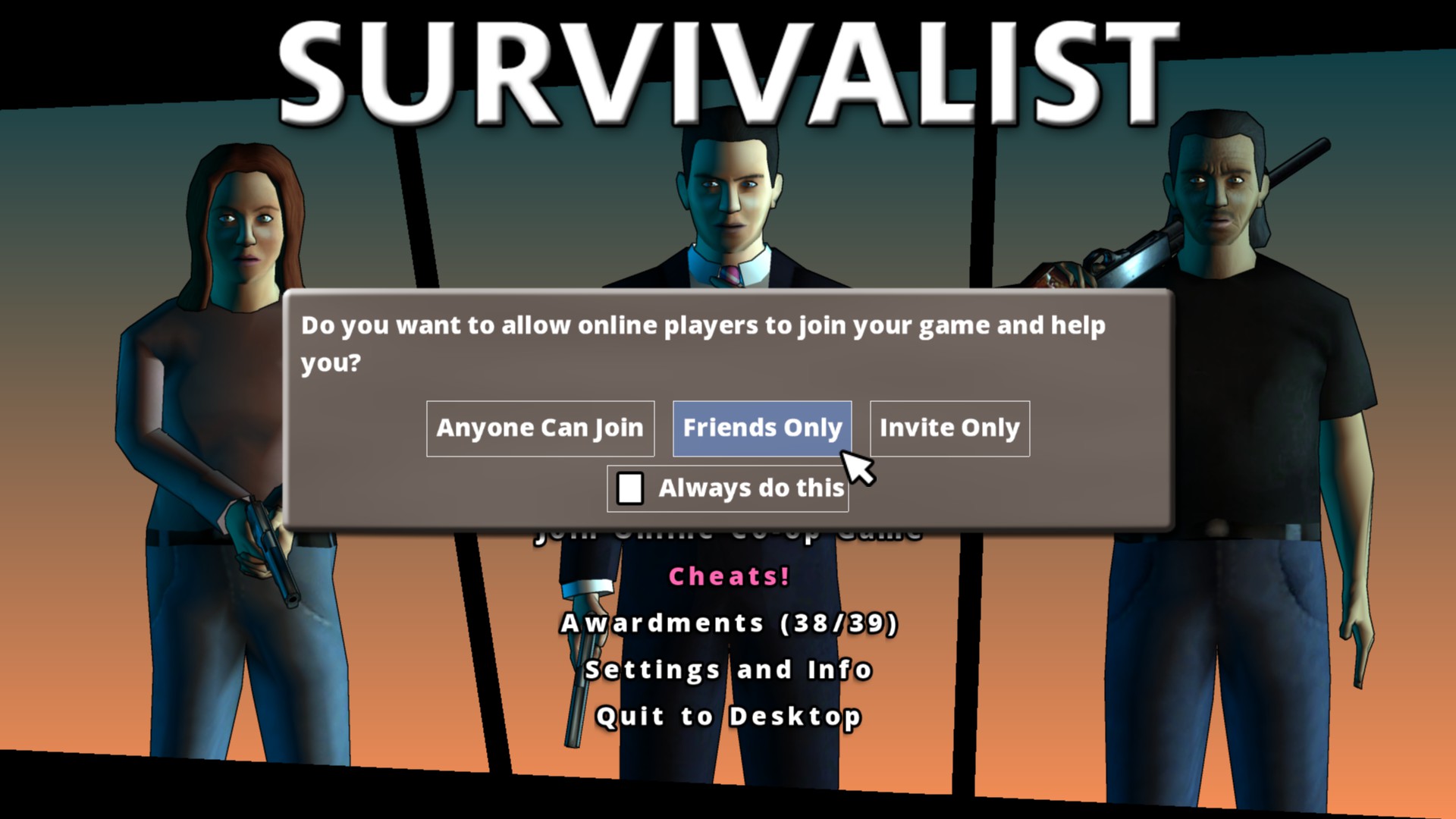 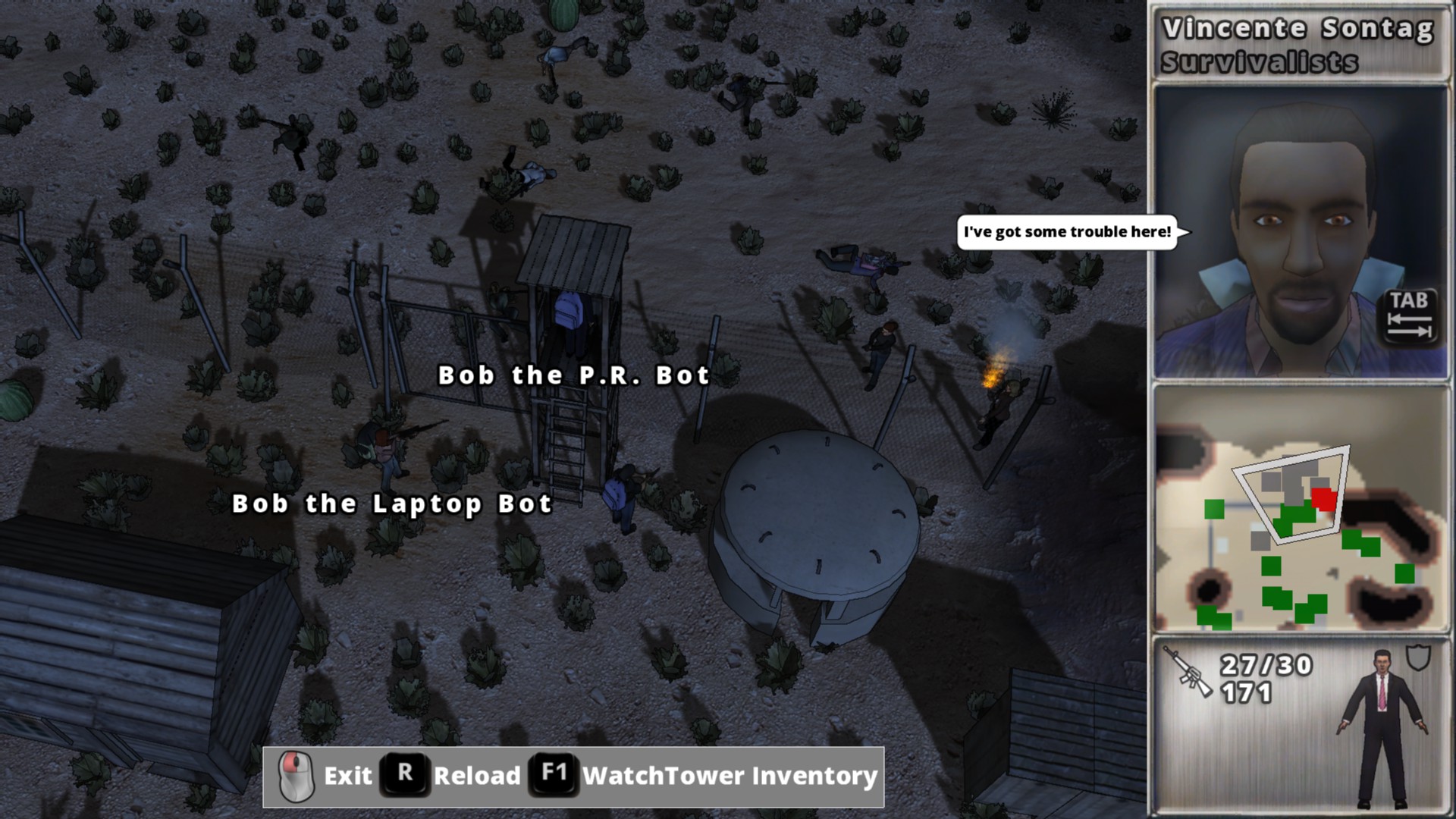 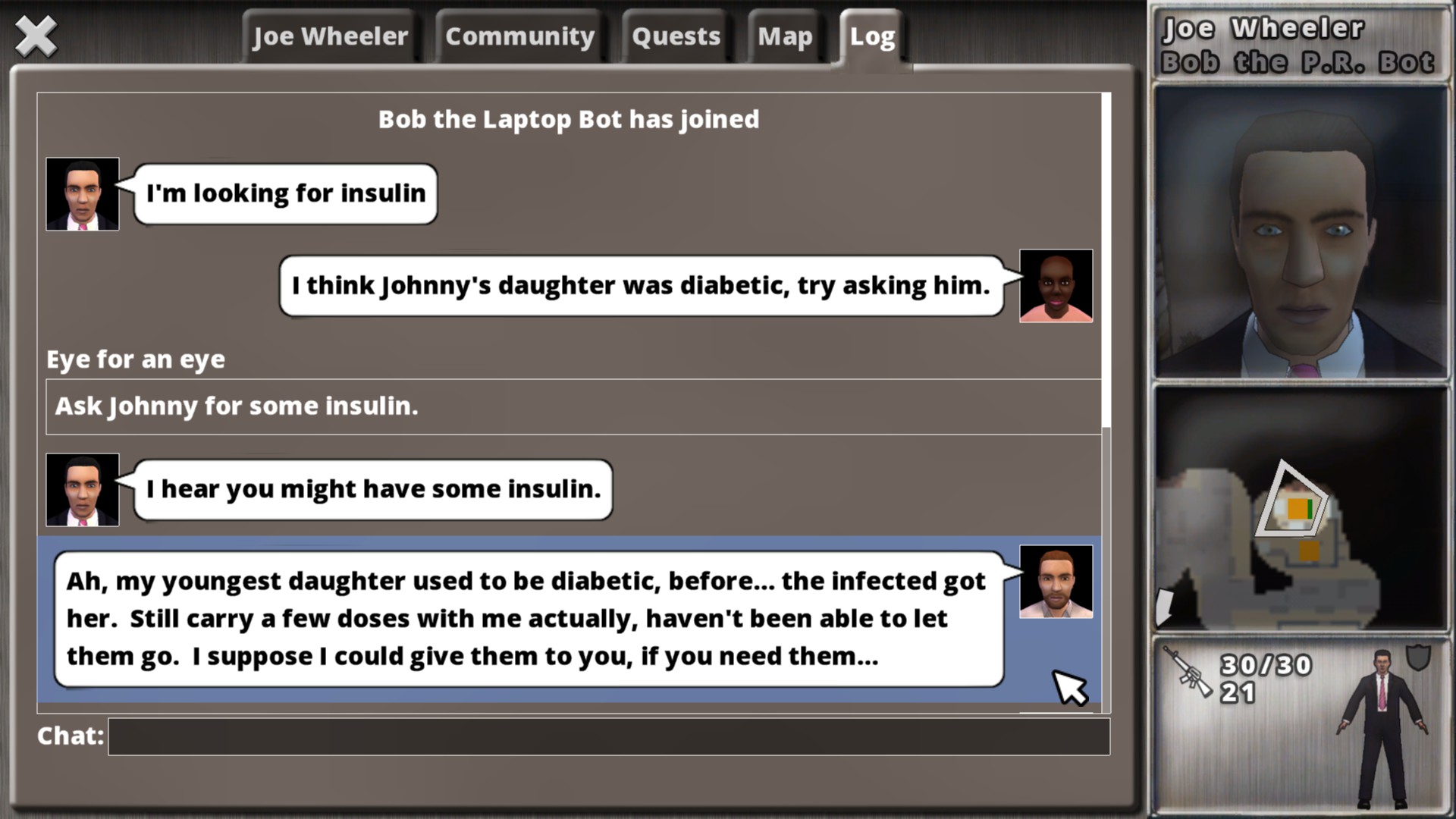 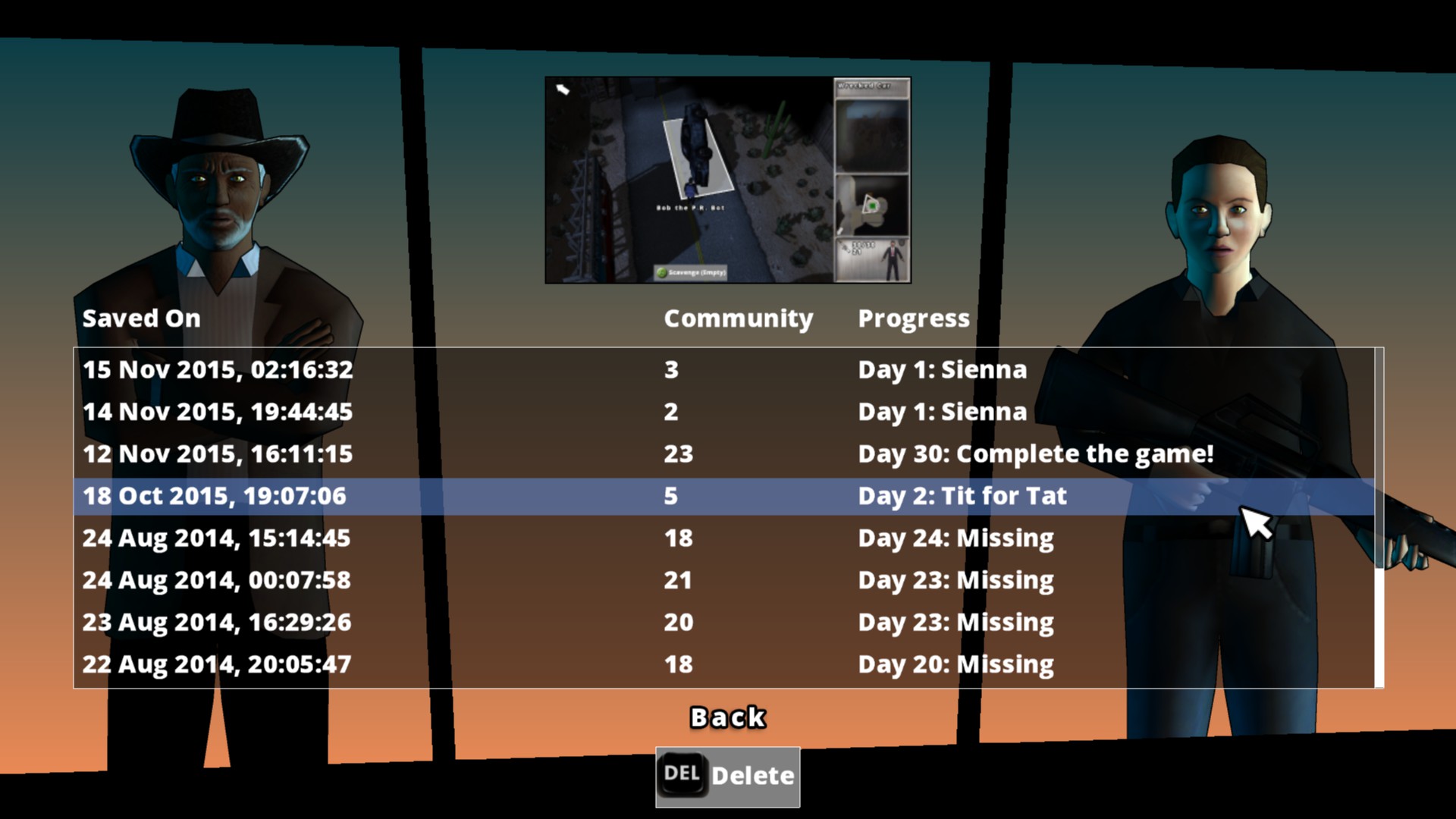 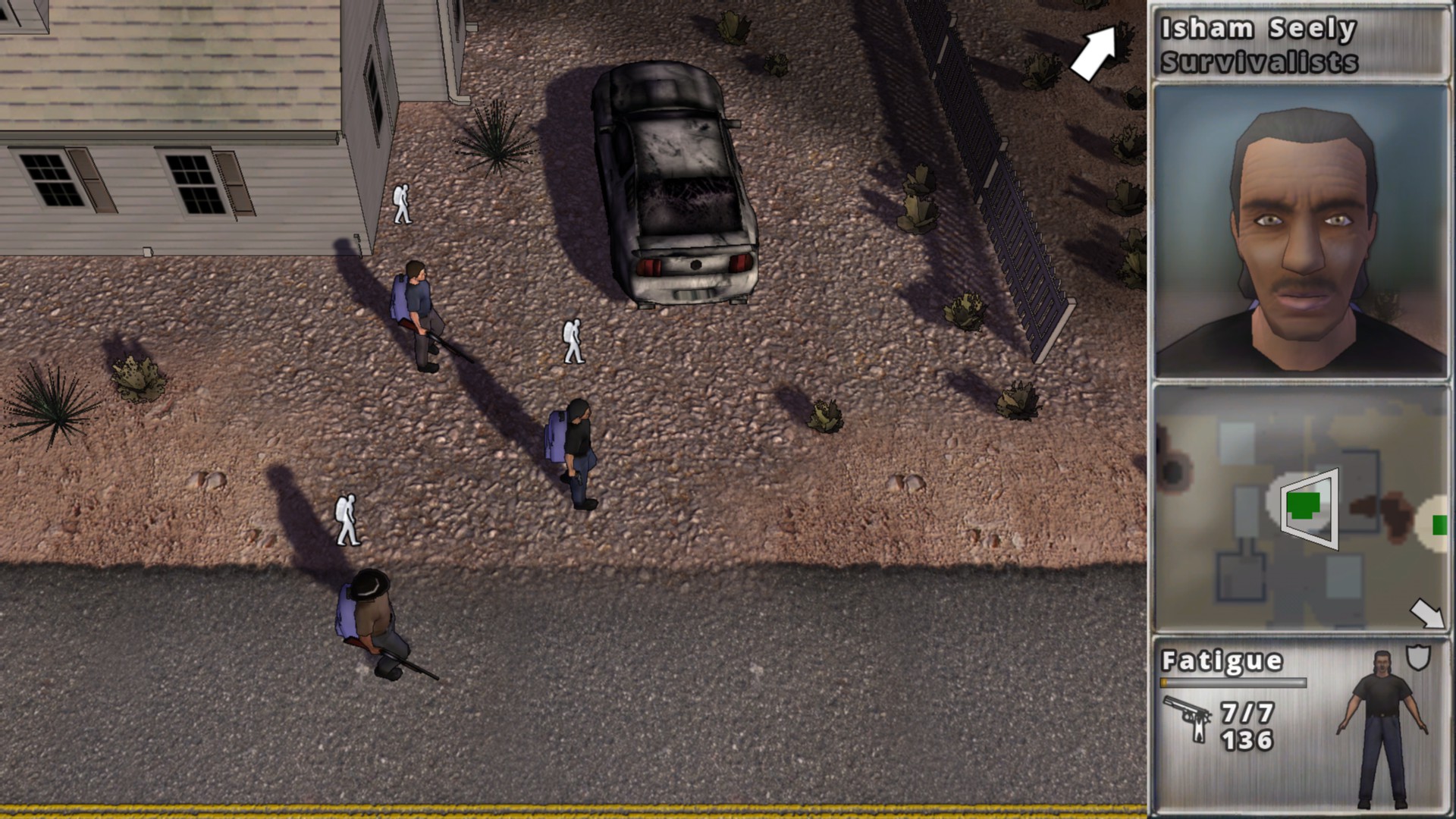 The XBox 360 version of this patch is currently making it's way through the peer review process so hopefully it should be out soon too.

I've released the latest patch for Survivalist, v27, on all PC channels - Desura, IndieGameStand and... Steam!

Survivalist has been Greenlit on Steam!

Survivalist has passed Steam Greenlight - and I'm doing a Christmas Sale on the Xbox 360!

Survivalist now has "Awardments", Cheats and a PWYW Deal!

I've added "Awardments" - the non-copyright-infringing version of "Achievements" - to the game, along with a special Cheat Mode that becomes available...

I've released a new patch which adds Pause/Fast Forward modes, Concrete Watchtowers, and the ability to use cloths as bandages - and fixes a bunch of...

Are you intending to release new areas? Like an add on and possibly a war?

I'm working on a sequel.

How do I complete the game by "love,follow your heart",what's that supposed to mean
? I am already finished other quests including read Clara Allison's notepad and make sure Alice still in my community，but I am stock now. so help

I rate this game a 10 because it is for SURE one of the best Indie zombie games. I found myself playing this game more than Dead Island because it has such a vast open world and you can do so much in it. You can build more houses for your community, you can built wells for your community, you can farm, you can run'n'gun, and much MUCH more! I recommend this game to a friend and anyone! You should get it. It is only $2.99 on the Xbox 360 Indie game marketplace! I appreciate the developer's (or developer(s…

Rijn the Specpyre in... Manor of the Damned! Role Playing