Super Synth Speeder is an arcade-style game where the world constantly changes. For the environment, I chose the synthwave visual style, as I always found 80's style images quite interesting. The game will have a one-machine multiplayer option (multiple keyboard controls and joysticks or possibly mouse) and an idle option (with no obstacles) too.
4 different worlds are planned for the demo, but I'm planning more for the full game.

The game itself is basically a shoot'em up, the player has to either avoid or destroy the obstacles on the level.

The game is not a racing game. It is based on one of my old games, (80's runner), which also included other types of levels, like spaceship, jet plane and dolphin as playable character. I presented the old game on a Demoscene event, but it wasn't as successful as I wanted, it didn't have any music, and the graphics weren't the best.
I wanted to add some music (as for now, I'm creating it), much better graphics, and a better feeling of speed.
The character depends on the levels aesthetics, e.g.: there can be a car on a road, but also a dolphin in the ocean, a plane in the sky, or a vector-graphic model in an abstract environment. Players (when playing multiplayer) can tell themselves from others based on their color.

According to my current plans:
What the game will be:
- Shoot'em up
- A collection of 80s-90s style "infinite movement" levels, that constantly change.
- A possible idle game to play while listening to music

What the game won't (shouldn't) be:
- A rhytm game (the level doesn't change according to the music)
- A racer (cars won't be the only thing you can control )

I've created some advertisements for synth speeder, this will run on the screens in the game:

I've created a short demo for the game, you can check it on itch.io and Kartridge!

The game currently has 4 worlds, I know that now, the space level really sticks out, but in the full game, there will be plenty of different worlds and main characters.

Currently there is only one joystick control, but I'll test it with multiple ones later.

On itch.io you can try the game in browser:

Or try the standalone version on Kartridge! 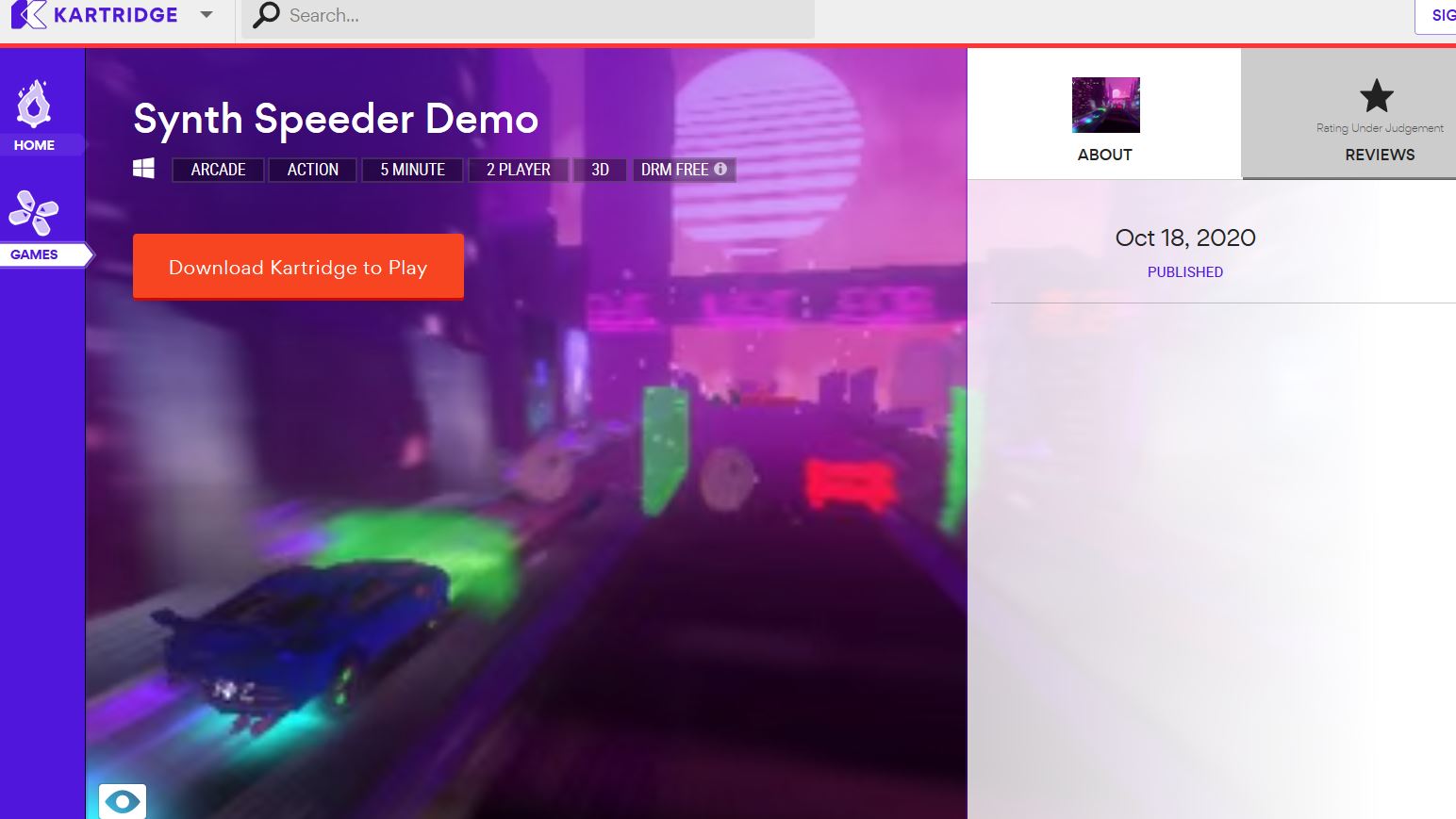