Super Mega Bob is a reflection of my childhood – an awesome childhood fueled by games like Mega Man, The Legend of Zelda, Adventures of Lolo, and Kirby! A 16-bit style 2D shooter filled with enemies, levels, upgrades, and awesome bosses, Super Mega Bob is a combination of all the stuff that make classic games so rockin’ along with some newer concepts that help gameplay seem completely smooth. Super Mega Bob has been in development since Fall of 2013 with a projected release date some time towards the Fall of 2014. What are you waiting for? Join the BOBOCALYPSE!

A lot has been going on with Super Mega Bob recently. Most notably, I've started a Kickstarter project. We've got until Saturday, April 26th at 6:00 PM EST (US) to raise $3,000 for the completion of the game during the Summer months. I'm both excited and overwhelmed by this big step. First things first: if you haven't played Super Mega Bob Beta - which is free - do so now!

I'm working on adding a lot of new content to the game, and here are some images showing off some of the latest demonstrations and concepts. Getting funding through the Kickstarter (which you can see through this link) is all about making these concepts happen in a complete game. My goal is to finish Super Mega Bob no later than October of this year. 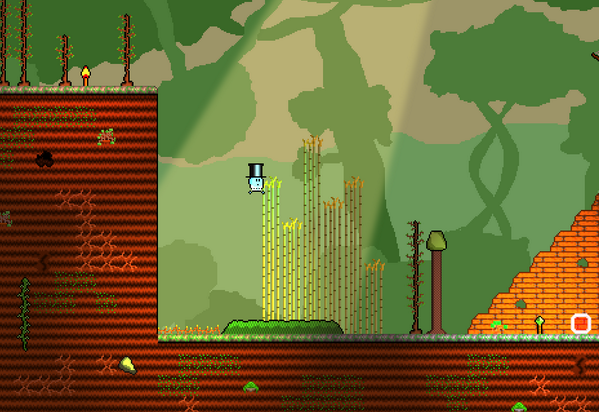 The new "Forest" biome I'm working on adds a lot to the game visually. I want good pixel art (if both cute and minimalistic) to be a central theme in the complete game. 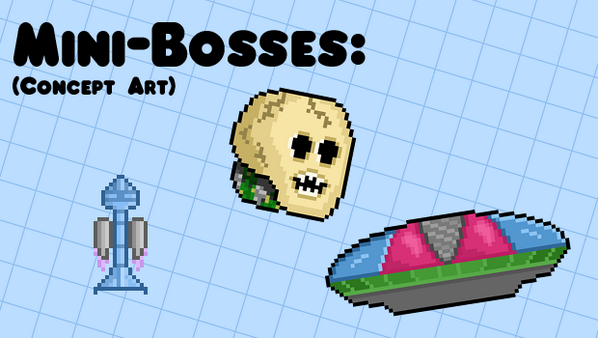 Another feature I'm excited about working on is mini-bosses. I think they'll add a lot of challenge and diversity to the levels, and they give me another chance to flex some pretty nice pixel art and increase the game's visual appeal.


So what are you waiting for? Visit the Kickstarter page and get involved!

Super Mega Bob is getting rain, stories, and more levels in update 0.2.1!

Super Mega Bob Beta 0.2 is out on Desura and is already being enjoyed by over 700 players. Why not become one?

Super Mega Bob Beta 0.2 is here, and it's being released as part of Desura's Freedom Friday promotion!

Looks like fun! I will try it. Really miss those Jump 'n' Run Games ^.^

Thanks! :D No jumping much since Bob can fly, but hope you can enjoy it nonetheless ;)