Subject 17 is a 3D adventure game for Android where pointing and clicking is replaced by the use of your voice. After waking up in an unfamiliar bedroom, a young girl soon realises that she has no recollection of how she arrived there. Played as a retro-style 'escape the room' game, Subject 17 allows you to guide the character and determine her actions by speaking to her and suggesting her what to do. Explore the environment, collect the items, resolve the puzzles and help the protagonist retrace her memory.

Subject 17: A voice based 3D adventure game for Android

The demonstration demo for Subject 17 is out now on the Android Market. Made as a student project, the concept revolves around the idea of using the Android voice recognition facility to simulate an experience where the player interacts with the game character by talking to her.

After waking up in an unfamiliar bedroom, a young girl soon realises that she has no recollection of how she arrived there. A quick look around reveals that the room is locked from the outside. While trying to figure out a way out, a number of unsettling details emerge and her memory slowly resurfaces.

In Subject 17 you maneuver the character around the 3D environments, you will speak to her to suggest her what actions to perform while also using a combination of touch gestures and accelerometer to resolve the various puzzles.

"Google Voice Search" is required to be installed on the device in order to be able to play with voice inputs. The plugin comes pre-installed on all Android 2.1+ devices; the game is however also playable without voice.

Visit the my blog for the demo walkthrough and other similar games.Game powered by the JPCT Game Engine and the jBrush Level Editor. 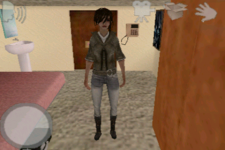 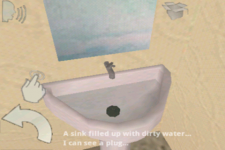 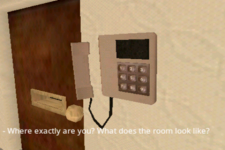 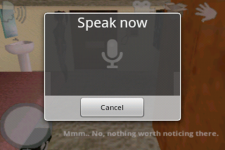 The Raven - Legacy of a Master Thief Point and Click