Steam Marines is a Squad-Based Tactical Roguelike being developed by Worthless Bums. It features: - 2D retro-styled art and turn based action. - Procedurally Generated Levels. - A squad of combatants fighting for their lives in monster filled levels. - Use your squad to cover defensive positions or funnel enemies into chokepoints to blow them up. Steampunk spaceship under attack by aliens, you say? The aim of the game is to progress through the various decks of your besieged steampunk spaceship in order to repel the alien invaders and get out of dodge. It features permadeath and will have a recruitment system. Build your squad members into deadly, long-range marksmen, or up-close-and-personal death machines. But no one is invincible, and if someone dies you'll have to replace him/her with a raw recruit. If the entire squad dies it's game over.

This is the Steam Marines alpha build v0.7.5a for Windows. 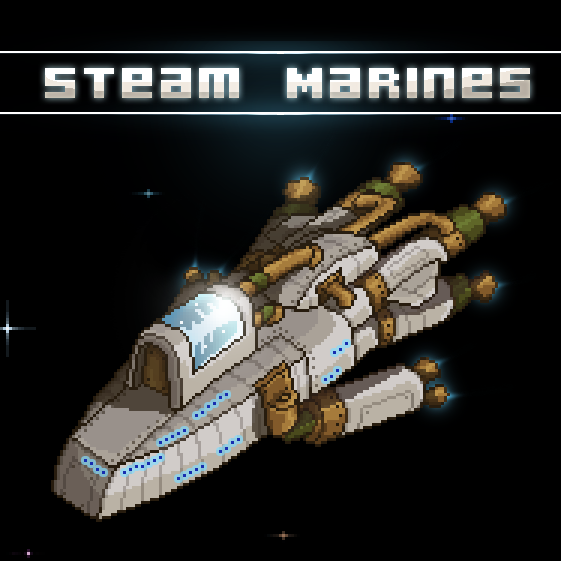