STASIS: BONE TOTEM is a thrilling and spine-tingling journey into the unknown fathoms of the icy ocean and the terrors that await a family. They will uncover a threat far beyond their wildest dreams.

Salvaging duo, Charlie and Mac scour the ocean for a living. They hit the motherload and come across DEEPSEA 15; A seemingly abandoned Cayne Corporation rig in the middle of the Pacific Ocean.

Experience a new gruesome narrative with a fresh cast but featuring the same gameplay as STASIS.

Combine items, interact with computers, and solve puzzles while experiencing the gritty atmosphere!

Mac, Charlie, and their Super-Toy Moses will scrape the depths of resilience and descend into a sci-fi horror story that will test their resolve and relationships and push them to the darkest corners of mankind.

Created by the team behind STASIS, CAYNE, and BEAUTIFUL DESOLATION.

At the start of the environment brainstorming process, I revisited all of the media that inspired me to create STASIS. This included Dead Space, Event Horizon, Alien, and Sunshine. As a fan of sci-fi horror, sliding back into these vivid and atmospheric worlds was wonderfully comforting.

Importantly, I didn't just want to retread old ground - I needed new sources of influence. It's important that the new story we're telling has its roots in the familiar, but feels fresh. And, what better way to flip it on its head, by deciding to move from the depths of space to the deep, dark ocean?

STASIS was based entirely on fictional technology, whereas STASIS: BONE TOTEM would afford access to countless real-world places and tech to draw inspiration from. This includes oil rigs, submarines, vast underwater cave systems, and sunken ships. So much of our ocean unexplored leaves so many mysteries to be uncovered.

Interestingly, the claustrophobia that you experienced in STASIS would be even more prevalent in BONE TOTEM. Isn't there something terrifying about the idea that a thin sheet of metal is all that stands between life and death? And underwater even more so. The pressure on the other side of that metal sheet is actively trying to squeeze and crush everything it surrounds. Extending from the metal grating to the algae-covered 6" thick glass - living under the ocean is a constant battle of man vs nature. (SPOILER! Nature always wins).

One of the first signs of civilization you explore in BONE TOTEM is the DEEPSEA 15. This rig, much like the Groomlake in STASIS, has been retrofitted by the Cayne Corporation, to operate away from prying eyes. The architecture is utilitarian and menacing - featuring hard edges, with layers of machinery and pipes. The new camera angle and higher resolution graphics allow us to expand on the detail in every rusted corner of DEEPSEA 15 and beyond.

As our intrepid trio (Mac, Charlie, and Moses) moves deeper into its bowels, the pressured caverns start to close in on them. They move from large exterior spaces that are pelted with rain and lit up by lightning, into dark chambers where the dripping of water and the clanking of chains against metal echo ominously.

BONE TOTEM brings more corners to explore and challenges to overcome, in this new story from the STASIS universe. While we have offered glimpses, there are surprises that will, no doubt, shock you! 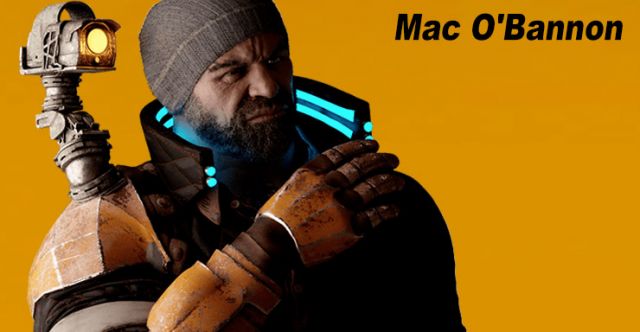 Ronald 'Big Mac' is an experienced sailor and Royal Navy veteran. He feels at home on the water's surface, but not necessarily under it.

Mac cherishes his life as a salvager - trawling the oceans to find scraps and the occasional floating junk island, eking out a living.

Despite his gruff exterior and intimidating size, Mac is a gentle, moral soul who puts the safety of his family above all else. His robotic arm gives him an edge over his competitors out there. Plus, he thinks it looks really cool!

The tragic passing of his daughter has left Mac personally adrift - he focuses all of his energy on looking after his wife, Charlie. 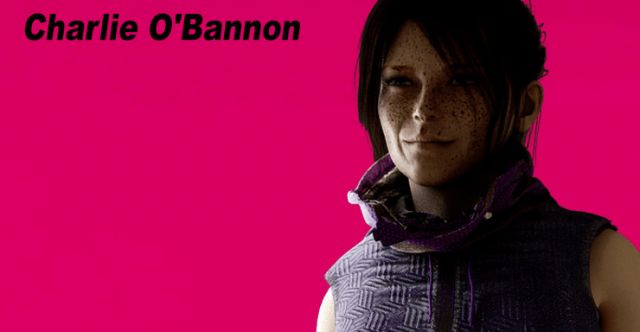 Charlie is a bright engineer who fell in love with a salty pirate and joined him for a life at sea, to seek adventure and fortune.

Her technical abilities definitely come in handy on deck, and with their treasured deep sea finds. She is spontaneous, headstrong, and reckless at times - which often causes Mac's heart to skip a beat.

Much is hidden under her light-hearted exterior, leaving you wondering when the facade will crack. 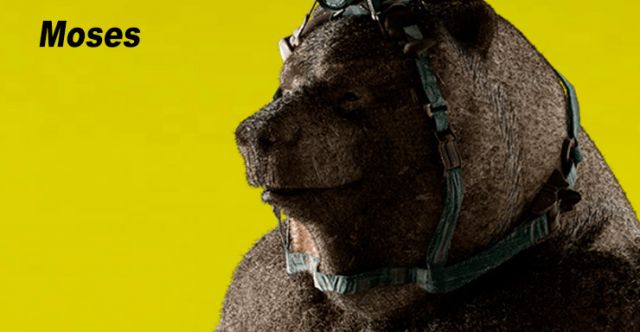 Moses is a SmartBear, the first-generation super toy.

Charlie fished this forgotten toy out of the ocean, where he had been floating on a bed of plastic for a decade. She patched his fur the best she could and rebuilt him to be a companion and protector for her and Mac's daughter, Hope. Moses may look rather grotesque, but he has a heart of gold.

Moses has several technological upgrades that far exceed his initial functionality. Will his small stature and programmability make him an ideal deckhand?

A chat with Matt

We sat down with ‘Matt Chat’ and spoke about making games, you can watch the interview here:

“This episode features an in-depth interview with Chris and Nic of The Brotherhood, an incredibly exciting adventure games studio based in Cape Town, South Africa. We talk about all their games here as well as several topics related to adventure games, graphics, con-langs, moral choices, project management, and much more.”

Thanks for reading and we will chat soon!