Discover Starfield, the new space epic currently in development by Bethesda Game Studios. Starfield is the first new franchise in twenty-five years from the acclaimed developers of The Elder Scrolls and Fallout series.

Starfield, the newest RPG from Bethesda, has finally received a good chunk of gameplay in a reveal at the Microsoft Games Show over the weekend. It's the first original Bethesda RPG franchise in quite some time and marks a distinct change for the company, veering off into outer space sci-fi adventures. To get you into the swing of things, here's five RPG mods from across Bethesda's titles! 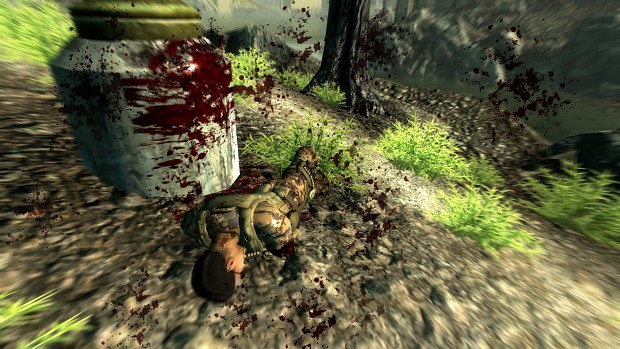 Fallout 3 Reborn V8 is a modification that aims at creating a more action-packed and intense Fallout experience. No more will you see an enemy shrug off a bullet to the brain. If you are tired of guns that feel like pellet guns, this mod is for you. If you want high-damage weapons, player needs and other realism enhancing features, this mod is for you. 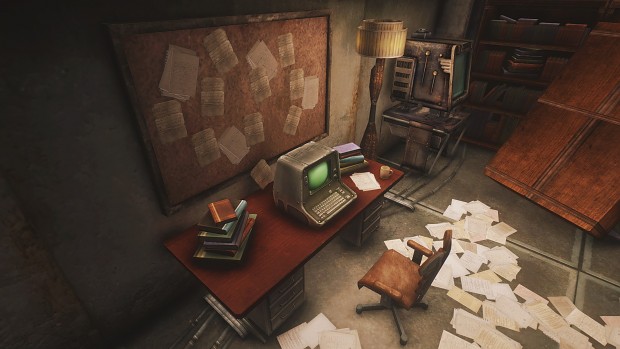 Autumn Leaves is a DLC-sized quest mod with more than 2000 Pro-Voiced Lines, 8 new quests with several routes and resolutions, 7 to 10 hours of gameplay, 29 New Perks (with a twist!), hilarious participation of Johnny Utah, from NewGrounds fame, multiple endings with corresponding Slideshows, and an original soundtrack by Pablo Coma, for a truly expansive mod in the veins of the best expansions for the game! 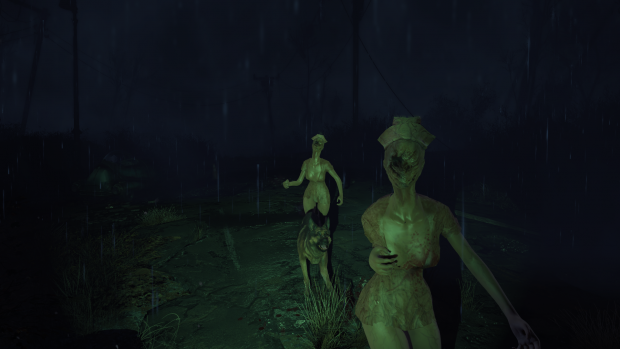 This mod turns Fallout 4 into a Silent Hill like nightmare. From now on you will be surrounded by thick fog, strange sounds and occasionally being dragged into a otherworld where monsters (SirenHead, Mumblers, Lyingfigures, Ghouls, Silent hill Nurses, Twin head Screamers and Dogs) await you! It overhauls all background exploration sounds of the Commonwealth and replaces them with Spooky and creepy ones from Silent Hill. Fallout's horror tends to be more metaphysical than pronounced, but the atmosphere of this mod makes it unrecognisable from the base game. 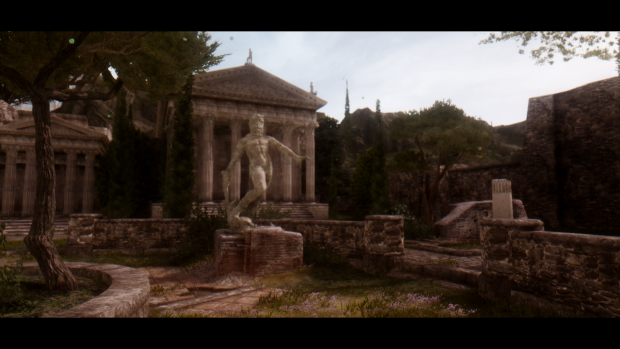 A recently abandoned temple with a complex dwemer machine lies in the Nibenay Basin (Cyrodiil) and it's ready to be claimed. The mod offers 15 plants and ingredients from Oblivion (found around and inside the house). Inside the temple you'll also find a dwemer teleporter that lets you travel to Crosswych (High Rock) and Artaeum (Summerset Isles) where merchants are selling rare spells, staves and ingredients. Everything is custom: from assets to music, as soon as you use the teleporter you'll find yourself in a completely new place filled with nostalgia. 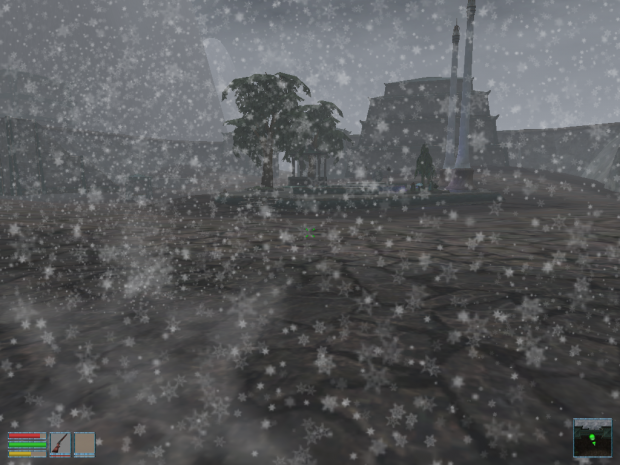 Inspired by a post-apocalyptic total conversion mod for Morrowind in the time before Fallout 3 and Bethesda's inheritance of that franchise named Ashes of Apocalypse, this mod totally changes the premise of Morrowind and transforms it into a whole new direction and style, intent on providing an experience separate from the base game. Ashes of Apocalypse might not have reached the finishing line, but this mod has taken the concept a hell of a lot further.

Bethesda franchise's RPGs are some of the most renowned in the genre, with titans like Skyrim and New Vegas making a profound impact on gamers, modders, and developers of new titles many years after their initial release. For the most part, Bethesda's RPG endeavours have stuck to the Elder Scrolls or Fallout franchises, the latter inherited from elsewhere. However, several years ago, we first heard of Starfield - a new, original IP RPG with a larger scope, supposedly, than any of the studio's previous titles so far. 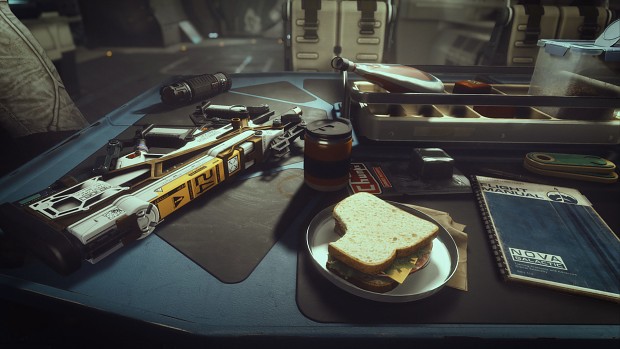 With a sci-fi grounding like Fallout, Starfield's design takes more

inspiration from modern sci-fi than the retro analogue style

This isn't the first time Bethesda's RPGs have gotten into hard-sci-fi territory - Fallout 4's synth conundrum provided a close-to-home investigation of real social debates in the age of increasingly powerful AI - or even into space, with Fallout's sparing interaction with aliens like in Mothership Zeta. However, it is the first time Bethesda truly goes to the stars and lets you visit them, finding new life, fighting strange creatures, and surviving in a galaxy rife with danger and opportunity. Whilst all stats given are best taken with a grain of salt, Todd Howard's overture as Starfield's first extended showcase at the Microsoft Games Show boasted 100 star systems with 1000 planets to explore. Some reason this must be procedural, at least to an extent, though we got a glimpse at refined environments that indicate a mix of hand-made and procedural level design will be employed by the studio.

The scope doesn't end there, however. Starfield's ambitions far exceed that of any prior title, with space flight and combat, spaceship construction, discovery opportunities for new organisms, and resource management mixing with crafting and the traditional range of RPG systems. It almost seems too good to be true, and for now, that's why some remain sceptical. Bethesda's last new major RPG release was, after all, Fallout 76 - a game that taught many the danger of hype trains. For now, we remain cautiously optimistic, interested but pragmatic, about where Starfield can go. 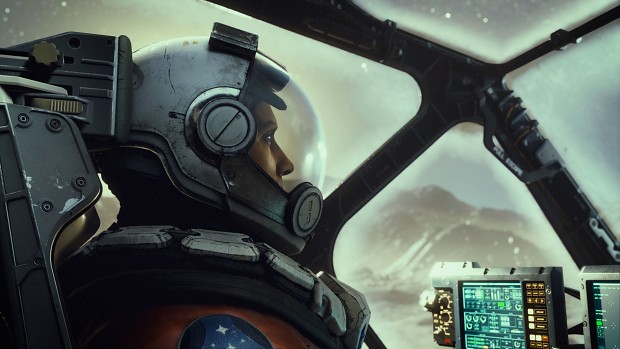 Originally scheduled for a November 22 2022 release as a reference to Skyrim's release date, the game has since been delayed to early 2023 - with the scope outlined above, it's no surprise more time is needed to get things in shape. We've also yet to hear about modding tools and support, but given every Bethesda RPG for the last 20-ish years has been moddable to some extent, we think it's more likely than not that Starfield's content will be supplemented by a new wave of modders putting new life in this uncertain galaxy. If Starfield pulls this all off, it might well be the studio's most innovative release to date - and I reckon, the first Bethesda RPG even my dad'll play.