Squids with guns! Pink Robots! Devils from the 4th dimension! Shopping Trolleys and Lasers. When 4 worlds collide, only SYNSO (he's a squid, not an octopus!) can save the day. Psychedelic arena shooter action with visual and aural overload. Just the way sir likes it. Critically acclaimed and star of the Eurogamer Expo 2009 Indie Games Arcade, Squid Harder is an arena shooter like no other.

Beta no longer. Announcing the release of Squid Yes! Not So Octopus! Squid Harder v1.0. Full list of changes, downloads and screenshots are merely a click away.

With great thanks to everyone who tried and tested the beta and supported the game during its creation, I'm proud to announce that SYNSO: Squid Harder v1.0 is now complete and ready to download. The feedback I received helped shape what turned into v1.0 and all of it proved invaluable. I thank you all. You're great. Rather than expend energy on extra levels, given the game was already feeling pretty complete I opted to settle with just the 4. Tidied up a few loose ends, tightened up some stuff including the scoring, new accessibility stuff and a new enemy to change the dynamic of play a tad.

Naturally, it's not over yet and after a small break, I'll be revisiting this and adding some new content along the way but for now, it's complete and ready to go. Enjoy! 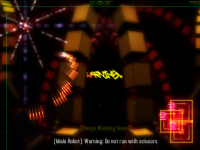 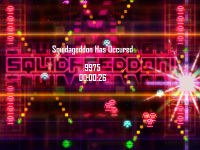 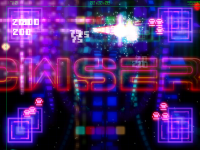 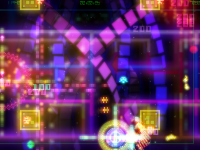 Changes since the beta version:

Stuff that didn't make the cut in the end:

Have you ever thought about a level where random waves of enemies occur? I mean you define lots of waves and they occur in a random order.

DeathLink, aye, that was my intention for the now not anywhere outside of my head World 5, but I couldn't get it to fit well with the rest of the game without sticking out like a sore thumb.

Perhaps I'm just too fussy on these things. Dunno!

The game is so crazy already its like a whole jumble of sore fingers and toes. Might as well put it in lol.
GREAT GAME!! I LOVE IT

I'll check this out, it looks interesting.

My eyes were raped, and that's not a bad thing.

my eye's were also raped.

it hurt so good.

Only one way to describe this game.... Space Invaders on acid!

Awesome game so much fun and old school is brilliant!

Glad folks are enjoying it :)

Cheers for the kind words and support.