Spellweaver is an online digital trading card game (TCG), created by a self-funded indie team of seasoned game developers with a passion for card games. The game focuses on strategic depth and variety, while still being easy to learn. It is a game true to the classics of the genre, with their longevity and strategic depth, in a detailed and vivid art style, with countless deck-building options and an original fantasy world to explore.

We Have Been Greenlit! 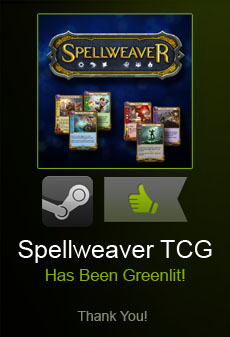 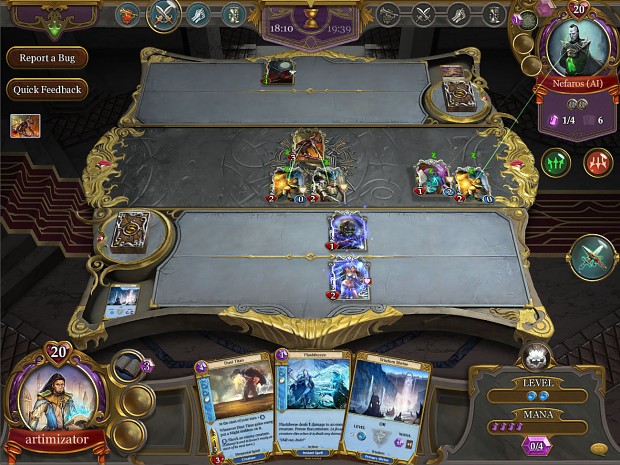 on October 29th we released a big patch introducing

We really hope you like the new battlefield, because it was a feature we put a huge amount of time and resources in. It is definitely a step in the right direction. Please, note that we are not done with all visuals yet – more fine touches will be added until the release of the game in late January 2016.

The new battlefield comes hand in hand with a new background and new card frames for each card type. We improved a lot of the visual FX and card animations to complement the great fresh look of Spellweaver.

Don’t waste time and jump right in to try it out if you haven’t! 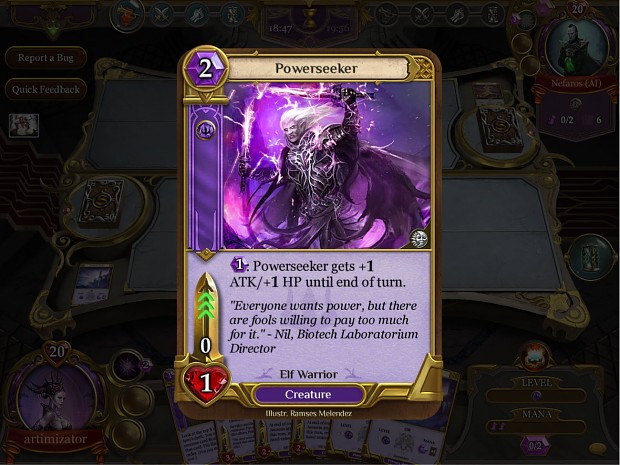 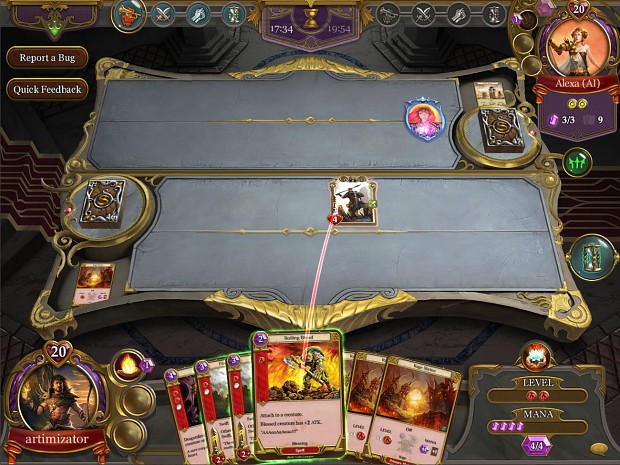 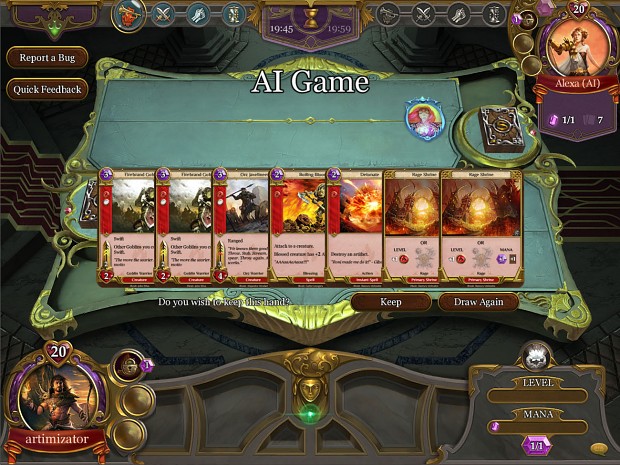 After glorious five months in Closed Beta it’s time for Spellweaver to continue its way forward.

The Spellweaver Closed Beta is about to end very soon and we feel we need to make a recap of what happened with the game since its flying start on January...

The starting date of the Open Beta is officially June 15th!

We ask for your HELP to get Spellweaver in E3! We can do this together!

Very hyped for this!

Tracking. I'm looking forward to all the different cards you have to offer.

Cheerz, Toolkitz! You can check some cards at our website Spellweaver-tcg.com as well in the "Spells! Spells! Spells!" series of posts. Have Fun!

Thanks man! We will!

The cards seem cool, have some strong resemblance with Hearthstone and Magic (which is cool, i love both games) :) What would interest me is how many cards per deck, how many cards of each type and how the rarity system is gonna work

Hi Borzi, in this regard, the game is quite similar to Magic. We have 60 cards + a hero card in each deck, a 4 card limit for each card, and rarities of common, uncommon, rare and epic. Cheers!

King's Bounty: Warriors of the North Turn Based Strategy

Trials of Fire Turn Based Strategy