Space Komandirovka - retro-style adventure game that tells a story about a simple Soviet Union cosmonaut, who is stuck on planet Akmola which is inhibited by alien-capitalists.

Take on a role of Sergey Pugovkin - a man, who was trusted to be an ambassador of USSR on a diffirent planet.

Your task is simple: get on a rocket, arrive on planet called Akmola, meet new comrades and sign an interplanetary accord. But will this task be as smooth as it was planned? Will Pugovkin's strong chatacter bend under the abundance of products on store shelves? Do communists dream of virtual virgin soil?

Find out this and many more after buying and finishing the first episode of the "Soviet Union's answer to Space Quest"!

Feel by yourself, what is it like to be a Soviet Union man surrounded by thousands and thousands of seductions in this capitalistic world;

Story is inspired by the science fiction and comedy pieces, like: "Dunno's Adventures", "The Irony of Fate, or Enjoy Your Bath!", "Ivan Vasilievich: Back to the Future", "The Twelve Chairs", "Kin-dza-dza!” and other masterpieces;

One man army. Use all of your wit and resourcefulness to successfully complete your mission and come back to Earth. 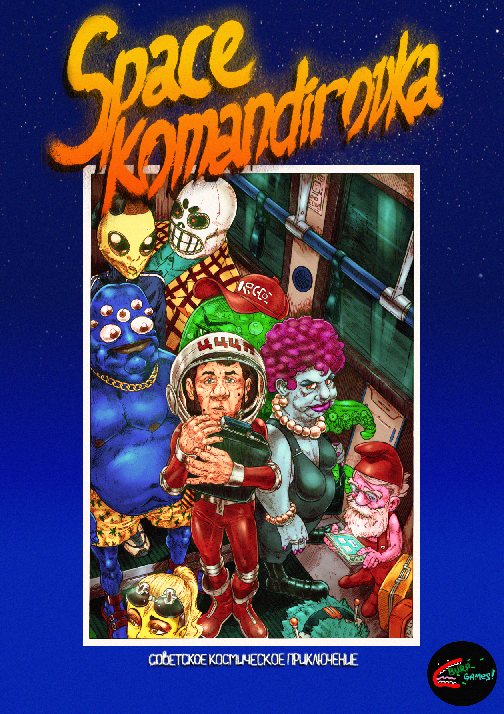 To promote Space Komandirovka and grow its popularity (top games), use the embed code provided on your homepage, blog, forums and elsewhere you desire. Or try our widget.

Four Last Things is a point-and-click adventure game made from Renaissance-era paintings and public domain recordings of classical music. It is about...

Story: "While on a relaxing cruise of the galaxy, you break down on a backwater world. To repair your ship, you will have to use a nanomachine controlled...

Kelvin and the Infamous Machine

Kelvin and the Infamous Machine is a hilarious point-and-click adventure in which you stumble irresponsibly through history to help legendary geniuses...

A 2D point and click adventure game, based on classic movies of the silent age.