Solasta: Crown of the Magister

Created and written by lifelong fans of Pen & Paper RPGs, comes Solasta: Crown of the Magister.

Bring the authentic Tabletop gaming experience to your PC!

Roll for initiative, take attacks of opportunity, manage player location and the verticality of the battle field. Set yourself up for the finishing strike and possibly roll a natural 20 at that key moment of battle.​

In Solasta, you take control of four heroes, each with unique skills that complement one another. Every hero expresses themselves in the adventure, making each action and dialog choice a dynamic part to the story. Players will create their heroes just as they would in a pen-and-paper game by choosing their race, class, personality and rolling for their stats.​

You make the choices, dice decide your destiny.

Hey there! Welcome to this week's roundup of the YouTube, where we covered a time conversion mod and a gameplay overhaul. First, though, a word on voiceover in upcoming vids and the intention behind the intro VO in the playthroughs.

Recently we got a few comments on the VO in the start of playthroughs that I thought would be best addressed here. When writing the voiceover I generally try to assume you've got at least a passing knowledge of the game the mod's for - I wouldn't generally expect someone who has only ever played ARMA mods to be clicking on a Dawn of War mod anyway, for example - and so instead try to explain a little bit about the modding landscape for that game briefly and then the mod itself. However, I acknowledge some VO has been hit-and-miss in achieving both of these goals in the five lines I allot for the voiceover (about 20 seconds).

The short nature of the voiceover is informed by user feedback that older videos had too much chatter and may be better served letting the mod itself do the talking. Some mods are easier to showcase than others - M&B mods are hard to show because they are often multi-layered, for example - and that is also reflected in how easily I can describe the breadth of a mod in the voiceover.

It's not feasible for me to start creating finely-crafted, deeply detailed mod reviews for ModDB. It would be really cool, but as most site administration comes down to me - content moderation in part, but also headlines, editorials, and various other community functions - spending the time on deeply detailed review vids would mean sacrificing it elsewhere. I'm therefore trying to be efficient in producing content that showcases many mods in many contexts, instead of one platform winning out (although the site itself does get most of my time as-is).

Going forwards, I'm going to allot an extra line to voiceover for about six lines of preamble and I will try to better capture the essence of the mod in those six lines. I am going to have to keep assuming you already know the base game in order to do that, but hopefully that will address people's concerns regarding the voiceover in some cases being a little vague on the mod itself.

Now - on with the round-up!

City 17 is an iconic setting - really, every place in Half-Life 2 is iconic to some. What happens, then, when you take the famous dystopia and change something as simple as the time of day? You get Dark-Life 2, an atmospheric overhaul mod that is at once different and familiar. City 17 is shrouded in dusk, and tension in all places is still very palpable... 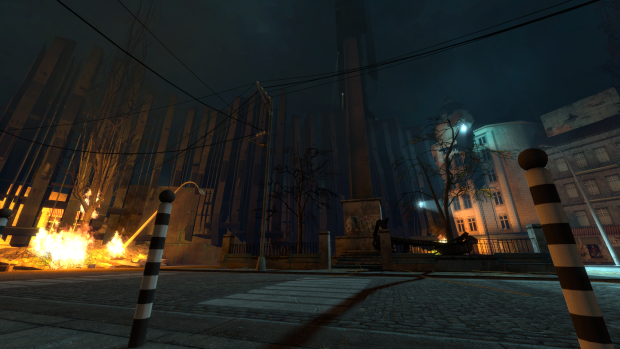 D&D is a tabletop game in rarer and rarer form in the years following a global pandemic, but you can match that experience at home thanks to Solasta: Crown of the Magister, which targets as closely as possible a D&D-like world complete with rolling in encounters, to skill checks, to having a dynamic impact on an ever-evolving story. 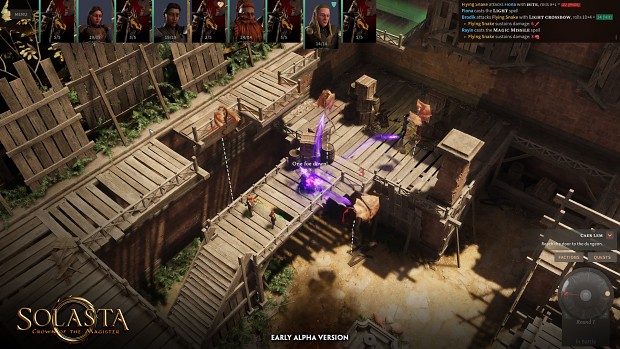 Warhammer 40k is the sci-fi franchise of choice for many, blending comically gigantic warfare with grimdark lore that makes it unlike anything else out there. Fans of this universe have sought many ways to bring it to life, and The Crucible tackles this task within the popular Dawn of War: Soulstorm to provide a comprehensive experience for all. 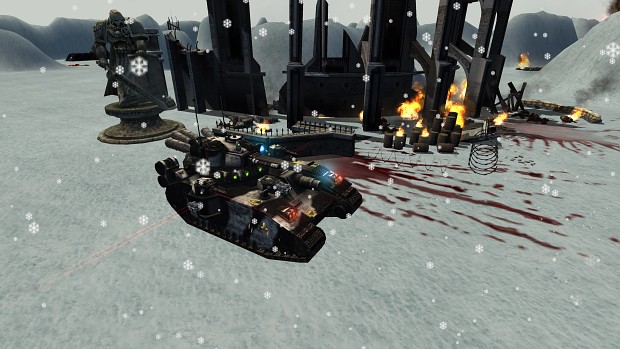 It's now time to announce the winners of the 2021 Indie of the Year awards - as chosen by you!

Twitter
Tags
Embed Buttons
Link to Solasta: Crown of the Magister by selecting a button and using the embed code provided more...

Silence is a lie Turn Based Tactics