Step into Lyria: a kingdom of contrasting landscapes, complex morality, and great inequality. Play the role of a Ranger - the ancient guild of protectors who, in recent times, have taken more than they have given. Will you save a Kingdom from the evils within and without; or will you rise up and claim the lands for your own? Sol Magica is a first-person dungeon crawler with turn-based combat. It's driven by story, an immersive world, and proven game mechanics.

Italy isn't exactly known for games development - let alone an indie scene - but at least one man is making a contribution. Welcome to the fictional Kingdom of Lyria: home of Sol Magica. 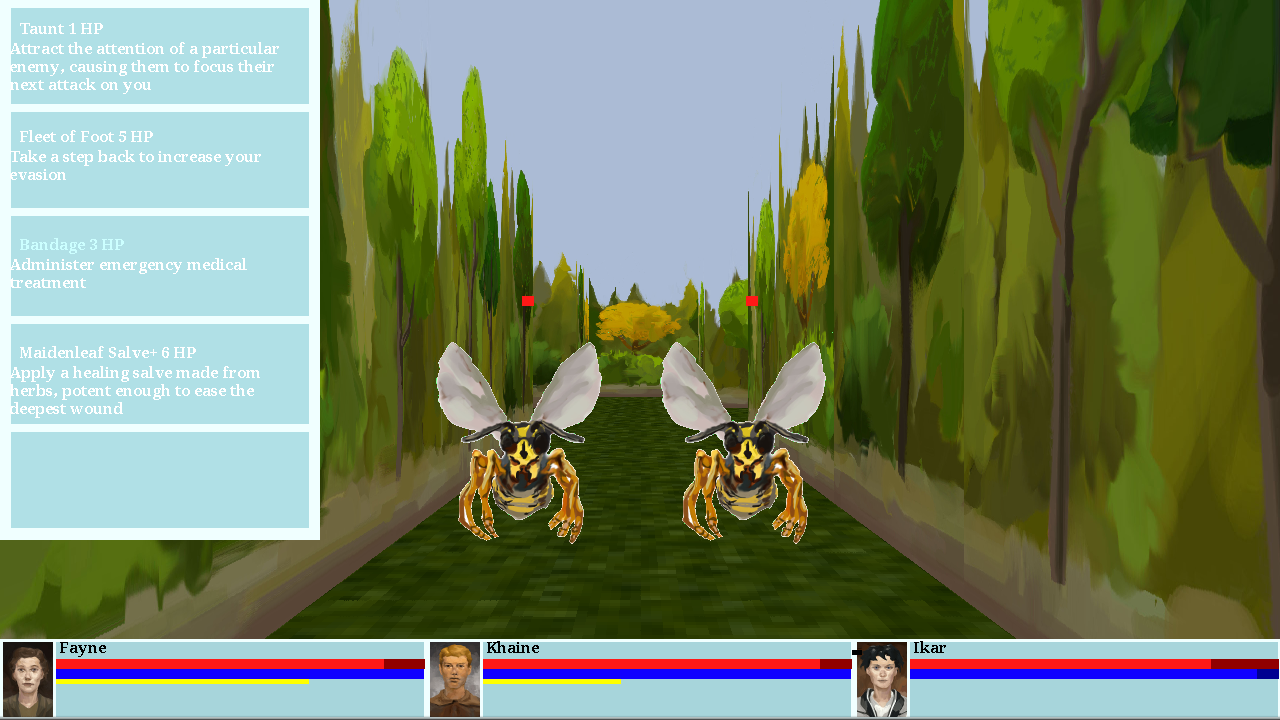 Inspired by titles such as Etrian Odyssey and the Wizardy Saga, Sol Magica is a first-person dungeon crawler. It has the traditional hallmarks of an RPG: character development, combat, exploration and story are all core aspects of the game design. It will be a tough, uncompromising experience - with strategic combat and an engaging story for players to embrace. Themes of corruption and greed run throughout both the main plot and the core game mechanics, and the game will change and react to the player's decisions to ensure that each playthrough is different.

Behind these towering ambitions is Davide: an Italian student of computer science and karate. Much as a player of Sol Magica will embark on quest in a strange land with an uncertain outcome, so Davide is taking on an ambitious project, laden with challenges. The entire game - from the 3D graphics engine, to the questing, combat and dialog mechanics - is being keyed in by Davide's enthusiastic hands.

It's a learning experience which he wouldn't be without: "Since it was my first game, I wanted to do something not too hard," he says in an e-mail exchange. "But still something that could make me learn how games are made. I've learned a lot by developing Sol Magica, and this will probably make it easier moving into platforms like Unity or Unreal engine". 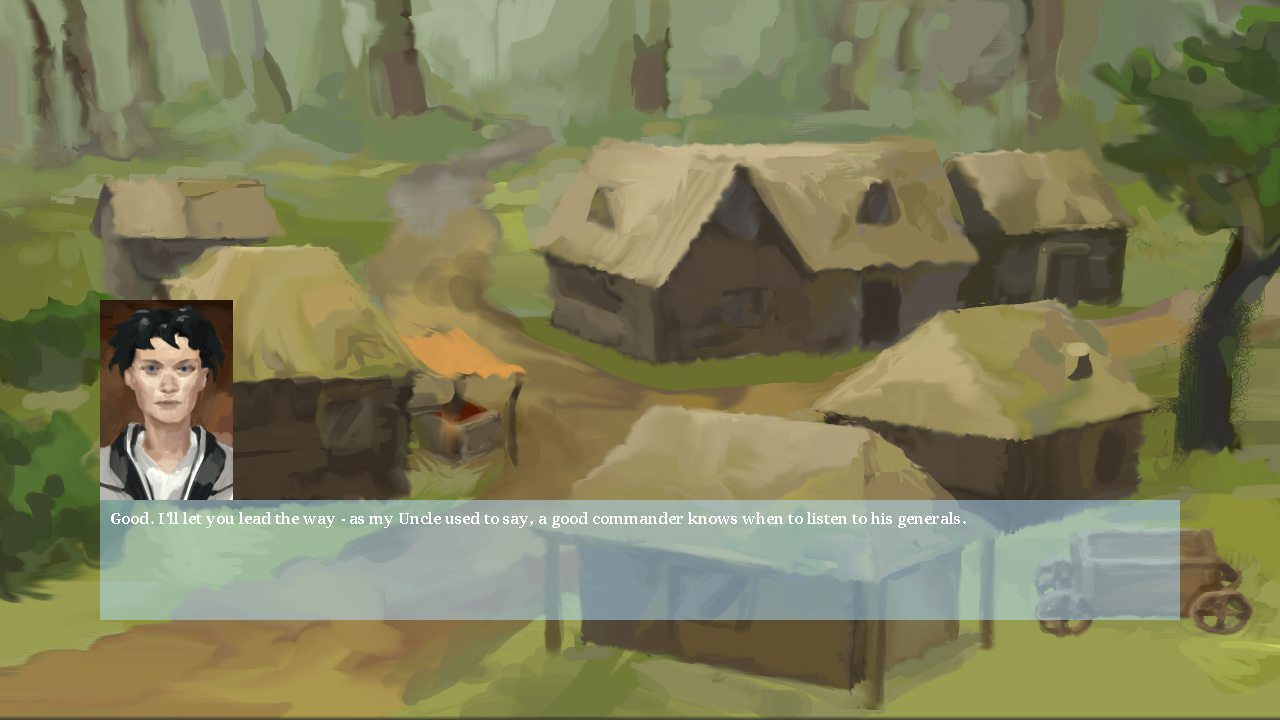 Of course, being the lone programmer on a project, particularly when using hand-made graphics engine, isn't all fun-and-games. "I just hate when I'm stuck in problems in the code that take hours or even days to solve. And maybe it's something really stupid. Maybe I forgot a small operation, or I confused two variables." Beyond the graft, though, there's always a reward. "When you complete a part of the game and see it working it's so fulfilling, that it makes you feel glad to have spent that time working on it, you get that ambitious feeling and you can't wait to develop the next function".

Home-made, hands-on work and hard graft are what the indie scene is all about, so you won't catch Davide complaining about the workload. Although this is his first serious project, he's been practicing with smaller games over the last two years, learning the nuts-and-bolts of development and committing whatever free time he can find.

The Sol Magica game itself is being written in C++, backed by the SDL library for help with graphics and sounds. Linux native software like Notepad and Terminal are the main tools used, with a little help from Mono (a Playstation mobile version is also the works). An abundance of technical challenges await: from the quest selection mechanics, to the combat, graphics, sound design, world-building and random map generation (a planned feature which has yet to be implemented).

Just like the hero of an RPG has a loyal party to help them on their quest, so Davide is assisted by artists and writers who are working to populate the world of Lyria with a rich tapestry of story and art. It's here where Davide comes closest to being daunted: a 3D world full of monsters and randomly-generated levels requires a lot of artwork to drive it. The production of content and the acquisition of assets is one of Davide's greatest challenges. If you think you'd be willing to lend a hand to the cause, please do drop Davide an email on chulainn.dem at gmail. 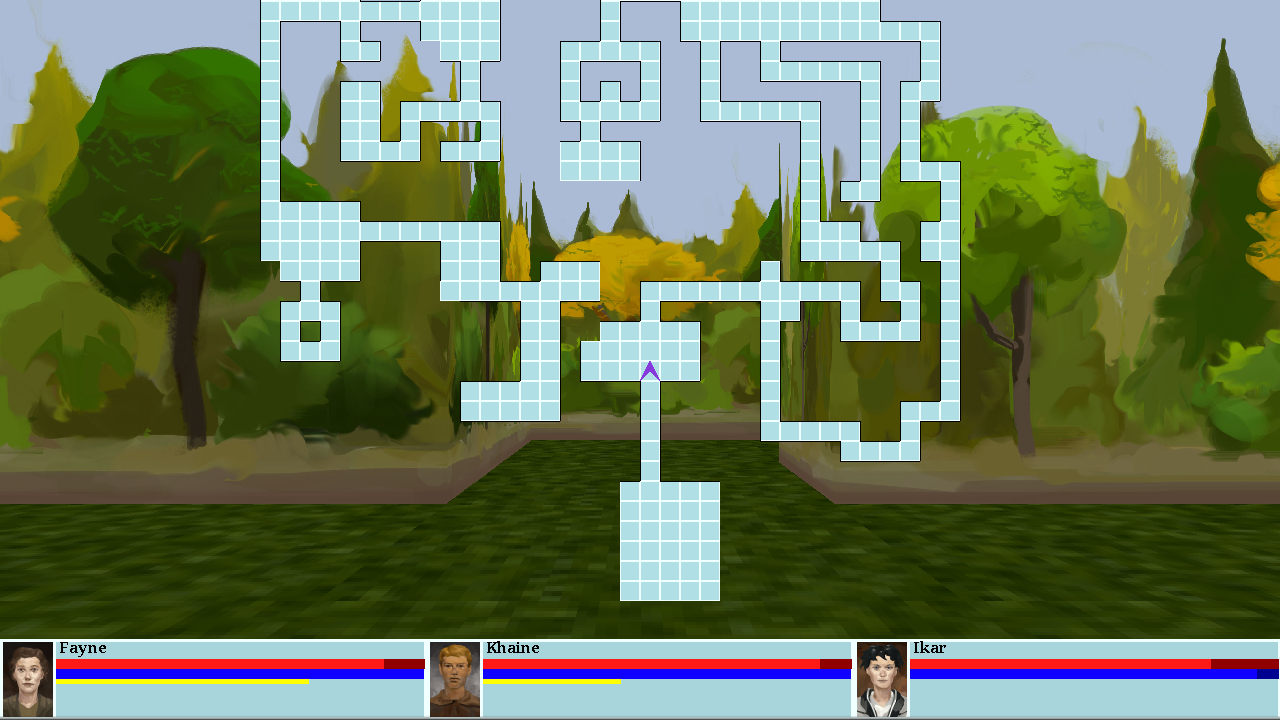 Any RPG worth its salt must have an area map

Beyond the technology used to build Lyria, Davide knows exactly the kind of experience he wants to create: "Exploring the world of Sol Magica will be rewarding, with rare loot and dangerous monsters lurking around. You will have to choose carefully where to act next, as it will affect game progress. No more mindless grinding: if you don't slay the evil in time it will come after you."

Davide is working hard to ship the game in 2014. Stay tuned to IndieDB.com for further updates!

[Sol Magica] The Importance of Story

Welcome to the first dev-blog of Sol Magica, a first-person dungeon crawler which is currently in early Alpha development. As the game's story and core...

Try out the first level of the game! Sol Magica is a first person dungeon crawler. Follow the footsteps of a lost Ranger to obtain a cursed power in the...