Indie game developer Agharta Studio is proud to announce the release of Shufflepuck Cantina on Google Play! Plunge into the Athanor's universe! Play in a world populated by colorful characters in an atmospheric Space Western. Face your opponents in frantic and spectacular air hockey matches!

You can download it now for FREE on Google Play!

Plunge into the Athanor's universe!
Play in a world populated by colorful characters in an atmospheric Space Western.
Face your opponents in frantic and spectacular air hockey matches!
Relax and take your chances at the prize machine.

FEATURES
★ Hundreds of hours of addictive gameplay!
★ More than 100 levels of evolution!
★ No loading times! High performance in-house 3D engine!
★ 4 floors in a fantastic universe!
★ 12 opponents entirely modeled and animated in 3D!
★ More than 40 gadgets and equipment to collect!
★ Unlock all your opponents bios to embody them and take advantage of their powers!
★ Unleash furious special strikes on your opponents!
★ Super precise and responsive gameplay!
★ Over 350 missions to play!
★ 73 achievements to unlock!
★ Instant two player mode included! 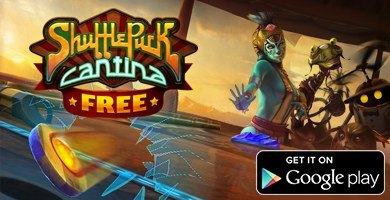