Enter Shaped, an atmospheric and dreamy world in which the player must hunt for his or her perfect match in a sea of strangers. Listen for your friend and send out a seeker to help you navigate. Be quick on your toes: getting hit by stranger shapes will set you back on your journey! This game was originally entered in the Ludum Dare 22 Game Jam competition in December 2011. Shaped ranked 5th out of more than 800 entries for sound design and mood. It inspired us to pursue our dream of starting our own game company. We hope you enjoy this first of our projects in our mission to produce evocative, moving games. During gameplay, flip your device into portrait mode to access the menu. Shaped uses sound to help you navigate world - headphones are highly recommended! Check out our website and youtube page for a look behind the production of Shaped.

Eric and I just received a pleasant surprise – our game Shaped has been reviewed by The Indie Game Magazine! Alex Wilkinson writes:


“Today’s title really is one to slow everything down and relax a little. I am going to look at a game from the rather aptly named Send More People indie development duo. Much like yesterday todays game is going to be rather abstract also, but it is wonderful. Shaped is a very atmospheric vector based exploration game, the ambient music gives this game the atmosphere and it works quite nicely. Much like Osmos, Shaped is all about the audio creating a wonderful ambiance to the game overall. 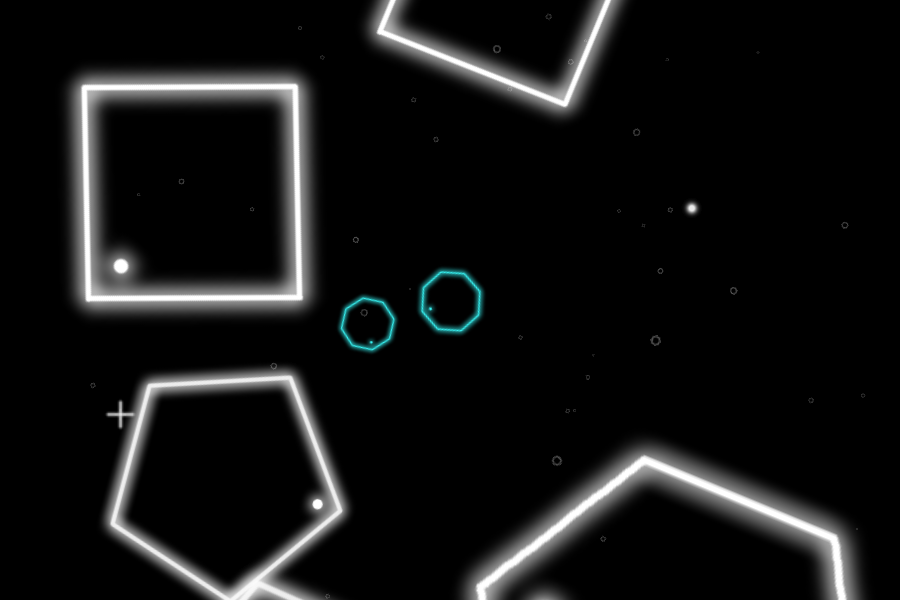 You begin the game with a basic tutorial to just get you up and running. Not much really needs to be explained as the controls are very straightforward but the real task is to evolve without hitting the other shapes. The goal is to reach your partner shape floating out in space, this is done by using a ping system to locate them in this huge arena.

The graphics are all vector based and very simplistic, this however adds a nice take on the game. With the excellent audio that is continually played over the game the whole mood of Shaped is a very interesting, relaxed and spacy one. The audio really is the key to making this game so good, and with audio often being the first thing sacrificed it was great to see a game that really embraced the audio element (yes I know this was from LD22 which was all about the audio but still).

If you are looking for a title to really suck you in and take you away from the grim days realities Shaped is for you. It is a great abstract game with a heavy focus on audio which I love and although slightly challenging at parts the gameplay is overall very relaxing. Shaped can be played here and the official site for Send More People is here.”

I just want to say how thrilled I am that we were mentioned in the same sentence as Hemisphere game’s wonderful title, Osmos. Back before I even thought about making a game of my own I played the beta version of Osmos and loved it. I even wrote an entry for the Giantbomb wiki – its been edited heavily since then, but Eddy from Hemisphere got in touch and offered me a steam version of the game. Osmos has absolutely killer sound design – very ethereal pings, and swishes, and a soundtrack featuring an excellent ambient band called Loscil.