Restore: The untold story of Gabriel Priest, an old school FPS, which is fast, full of action, frenetic and very violent. It was inspired in classics like Wolfstein 3d and Doom, and it’s aimed at all those hardcore gamers longing for a first person shooter like the old ones.

Gabriel is a retired priest who has lost his faith. He’s an alcoholic and leads a turbulent and painful life. The path hasn’t been easy, past mistakes tormented him and he feels like everything was over for him. His soul keeps many secrets; some of them are so dark that thinking of them makes him shiver, so he divested himself on his faith making a hard effort to forget all about it.

But life will put him to a test once again and take him back to his origins, facing him with demonic creatures of biblical proportions and also to his own demons.

The game is divided in chapters. This is the first one, which turns out to be a quick and violent introduction to the world of Restore.

Although the game captures the hardcore spirit of the games that founded the genre, this one has four levels of difficulty. For those who are challenged to be actual old school players, there’s a surprise by the end of the last difficult level. We hope you enjoy it.

Restore has been developed by using Unity 5 technology, and some features of the powerful tool UFPS have been applied.

Our main inspiration are those FPS that made us shake in the 90’s and which occasionally play again in order to find something unexplored to be dazzled. We can mention the following:

The lucky ones who played these jewels remembered how dizzying, bloody, violent but mostly fun each of these games were. I hope we can take you back to those days for a couple of hours and arise your yearning.

Restore is being developed by Windows and it’s compatible with versions 7, 8 and 10. These are the ideal requisites for windows:

Who are developing it?

The IGS development team is formed by interdisciplinary people with extensive knowledge in the field of videogames, enthusiastic and obsessed with the creation of a high quality game in its graphics and playability, entertaining and defying, with an intriguing history that encourages the player to keep on playing until the end.

The team is headed by Pablo Zirilli, a 35 year-old professional designer who is experienced and old enough to have a perfect balance between experience and knowledge. This allows him to broad the limits of his own ability of execution and development, and he enjoys the process itself. 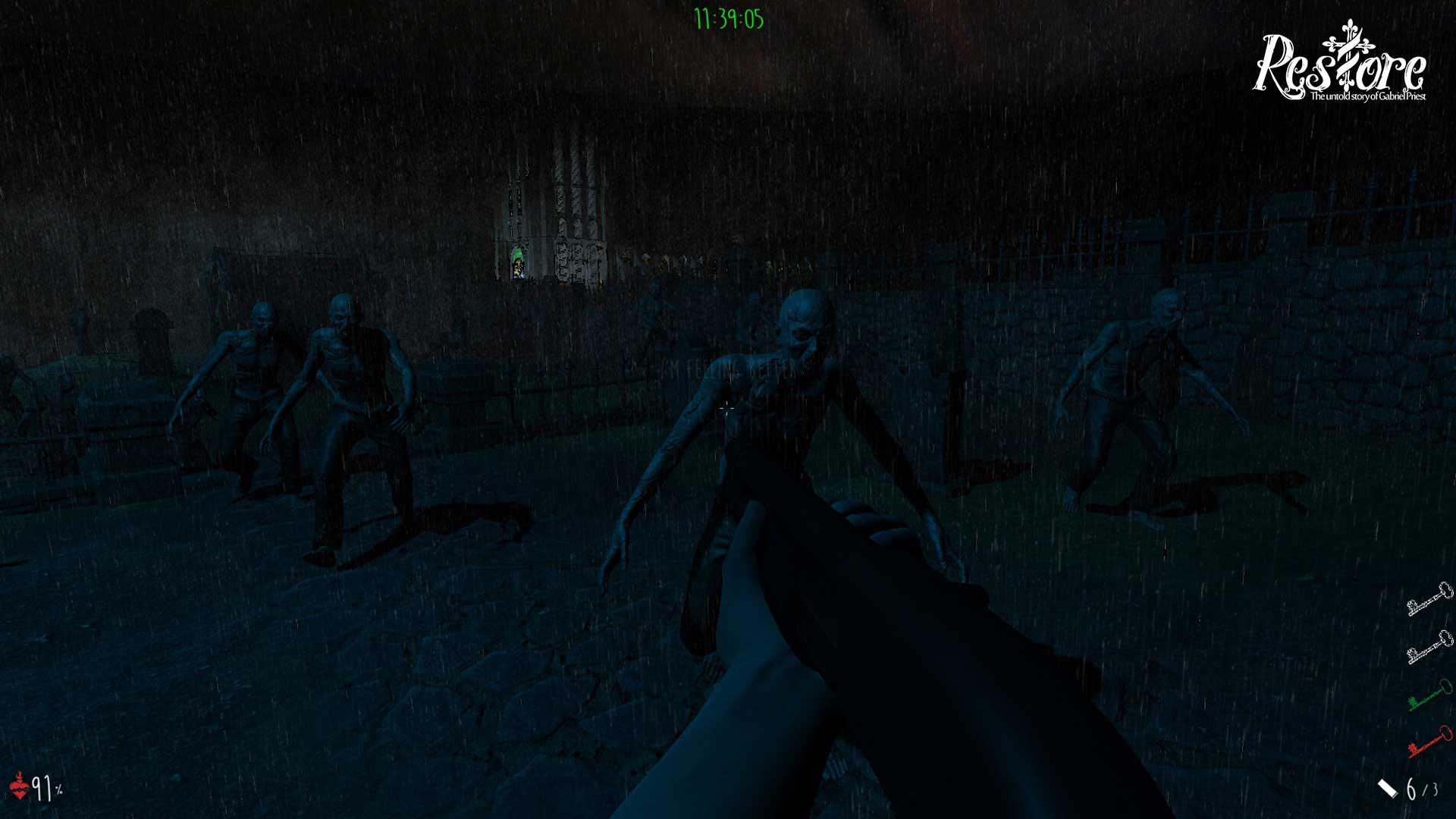 To promote Restore: The untold story of Gabriel Priest and grow its popularity (top games), use the embed code provided on your homepage, blog, forums and elsewhere you desire. Or try our widget.

Shoot Your Nightmare: Wake Up!

In F.E.A.R An unidentified paramilitary force infiltrates a multi-billion dollar aerospace compound, taking hostages but issuing no demands. The government...

Let the Obsession begin. Again. This time, the entire forces of the netherworld have overrun Earth. To save her, you must descend into the stygian depths...

In 1986, the world's worst nuclear disaster occurred at the Chernobyl power station. Soviet authorities established a 30km 'Exclusion Zone' around this...

The genre-defining masterpiece Resident Evil 2 returns, completely rebuilt from the ground up for a deeper narrative experience. Using Capcom’s proprietary...