Returns redefined for PC complete with high quality HD visuals, enhanced lighting effects and an immersive sound experience. This latest version of Resident Evil Revelations will also deliver additional content including a terrifying new enemy, extra difficulty mode, integration with ResidentEvil.net and improvements to Raid Mode. Raid Mode, which was first introduced to the series in the original version of Resident Evil Revelations, sees gamers play online in co-op mode or alone in single player taking on the hordes of enemies across a variety of missions whilst leveling up characters and earning weapon upgrades. New weapons, skill sets, and playable characters including Hunk, take the Raid Mode experience to new depths.

The critically acclaimed survival horror title takes players back to the events that took place between Resident Evil 4 and Resident Evil 5, revealing the truth about the T-Abyss virus. Resident Evil Revelations features series favorites Jill Valentine and Chris Redfield, plus their respective BSAA partners - Parker Luciani and Jessica Sherawat. The action begins on board a supposedly abandoned cruise ship, the ‘Queen Zenobia’, where horrors lurk around every corner, before players head for the mainland and the devastated city of Terragrigia. With limited ammo and weapons available, the race is on to survive the horror of Resident Evil Revelations.

Resident Evil: Revelations, the 3DS game, is officially launching on Xbox 360, PS3 and Wii U as a full retail title for $ 50 on May 21 in the U.S., and May 24 in Europe. Revelations will also be available two download on PC and PS3 on day one, with digital versions of Xbox 360 and Wii U to follow. 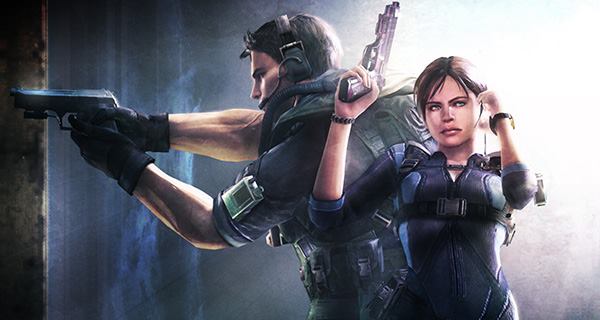 ENB and SweetFX for Resident Evil Revelations / Biohazard Revelations. This is a Place and Play, no adjustments required.